2 days engraving, pro tips and settings helpfulness And awesome trick with an iPad

“Friday” <–glowforge name, has arrived! Now everyday is friday, because I can only laser engrave on friday. My original intent was to name it Jarvis but someone had that so Ironman’s backup computer AI in age of ultron was friday so it works both ways you look at it. She came in pretty good shape too i’d say. (I purposely ordered a bunch of ups items the week I knew it would ship and told the ups guy every day, Hey theres going to be two really big boxes coming, please don’t try and lift it on your own, ill help you and try and take care of here or we will be doing it all again if its damaged. lol sorry for the story he got a kick out of it. only one handle missing and no tears. 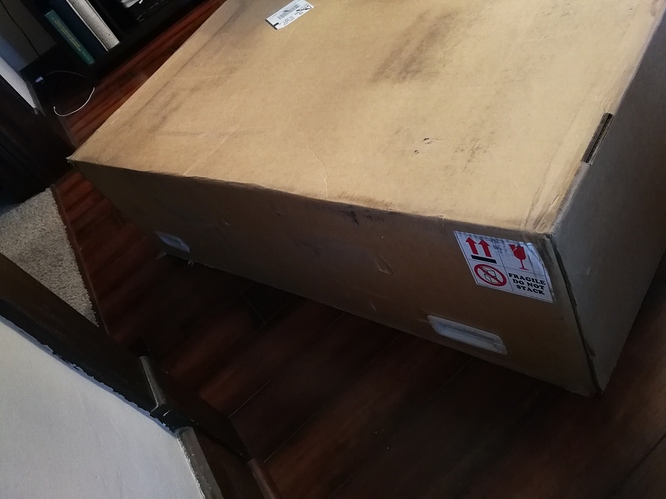 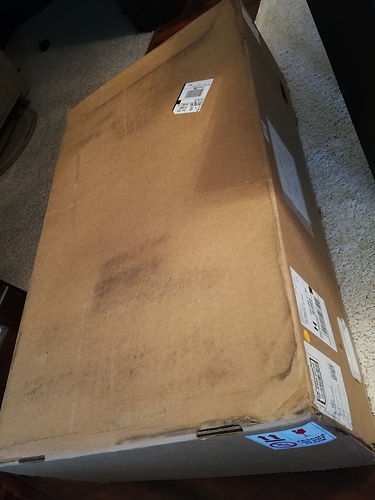 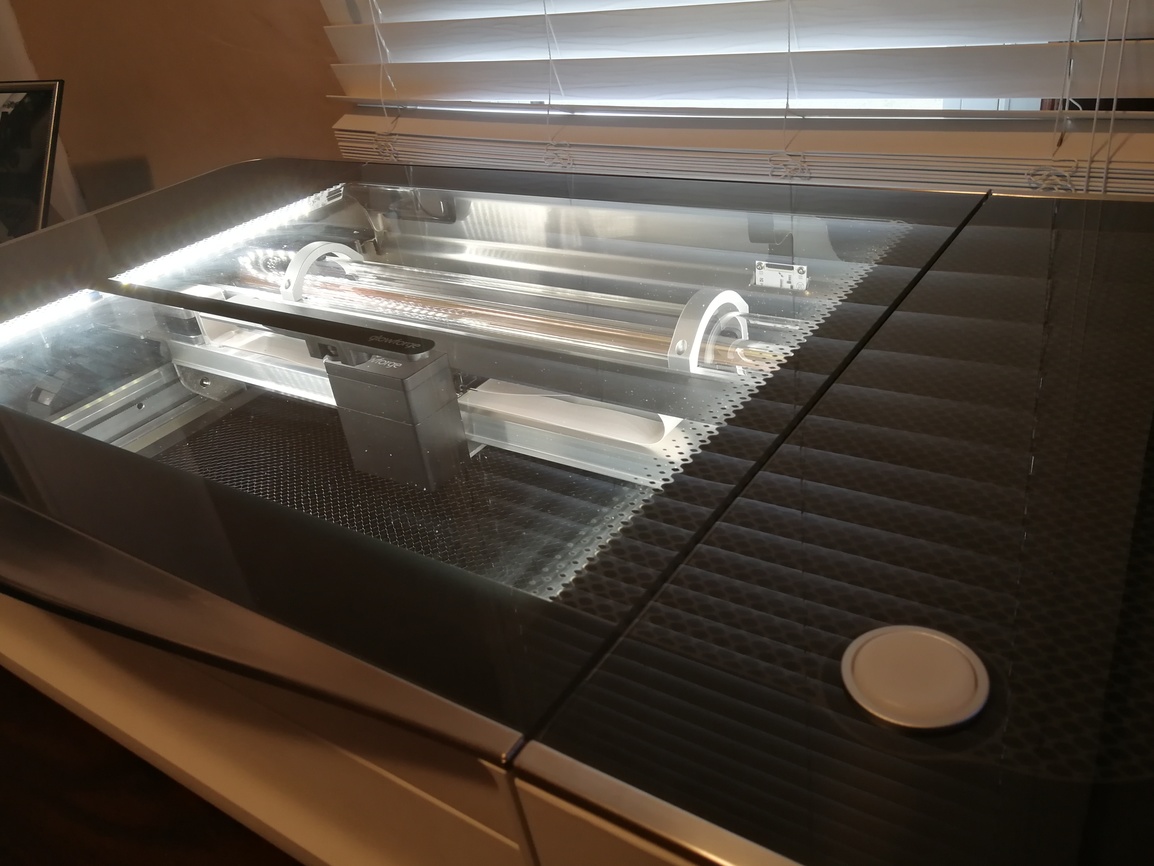 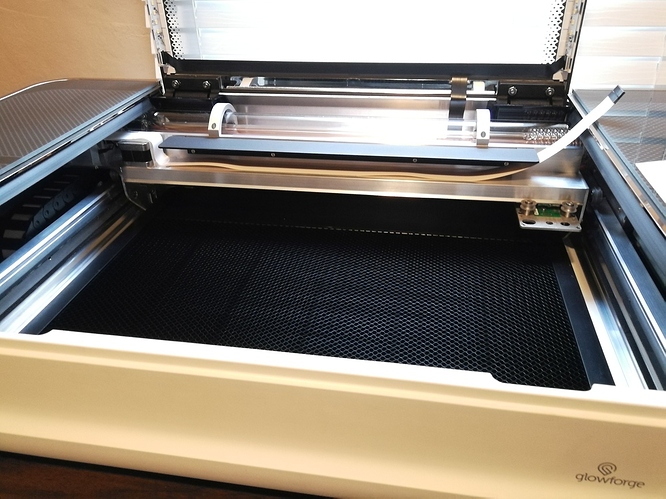 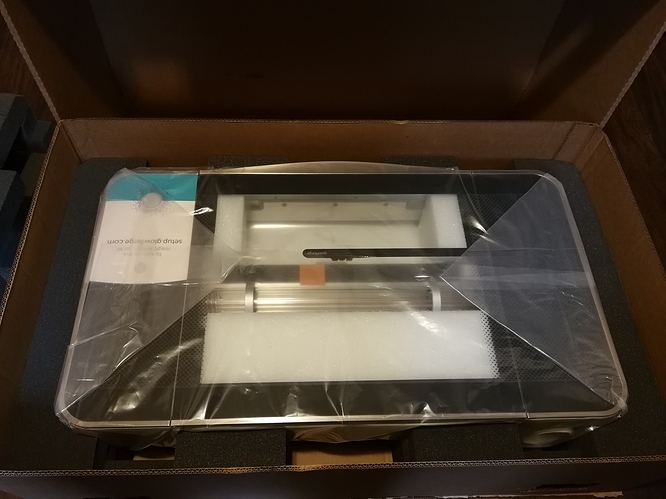 I have had two days to engrave so far, I had done absolutely no research into learning illustrator until two days before it arrived. So pretty steep learning curve but wasn’t all that bad since I have used photoshop a lot in the past and with some help from forum members for shading issues all and all I am getting the hang of the basics, I would like to find good tutorials for some more none basic stuff like making hinges or joints, and not sure if there is some kind of easy way for figuring out kerfs or not but thats later on. If anyone know anything for any of those 3 hit me up.

The ruler and plaque cuts first thoughts:
ruler came out great, alignment on the machine when centered seems really good, I have yet to try outer edges on a big sheet yet only used the smaller sheets so far, kinda nervous for all the stories I’ve seen. 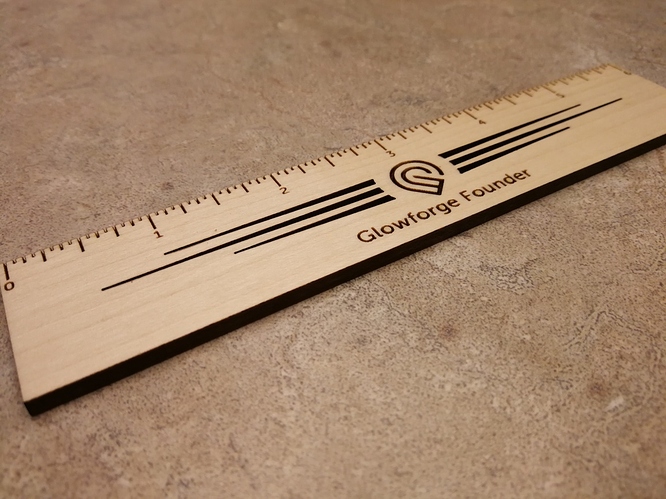 IMG_20180312_175900.jpg1154×866 272 KB
The Plaque, it said to draw something I suck at drawling, so instead I chose to do 2 test in one, I signed my name to test that portion of the trace and I stuck the ace of spaces from a deck of cards that was sitting by me at the time to see how it would do with premade paper designs which will lead me to a cool discovery I haven’t seen any one do yet! I will get to this later. 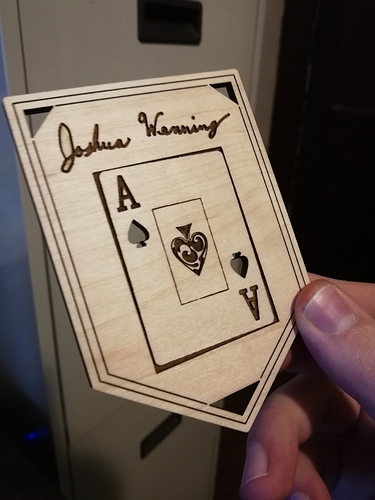 First real cut:
A premade designed dice I got on the laser library site just because I didn’t know what to do. This turned out great even after I shrunk the file but not a tight fit enough for no glue hence the kerf question earlier. 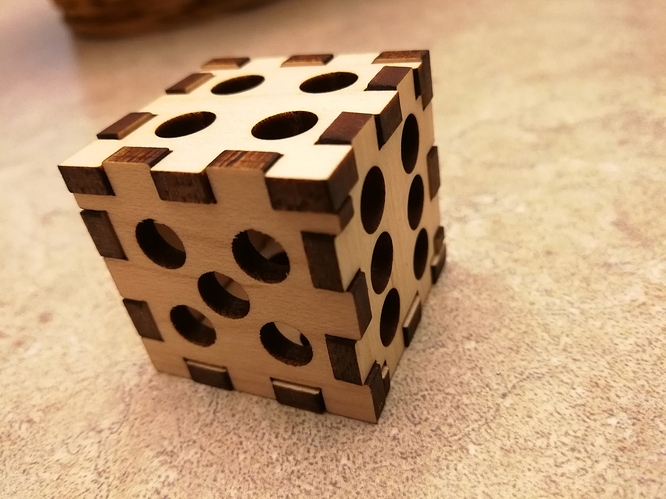 Second cut but first project I designed to make it work:
I was in awe… “I made this?” 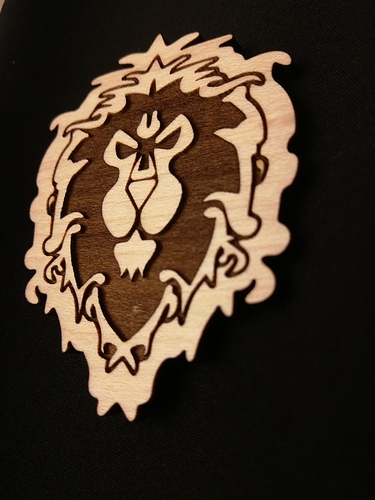 Then my father found out I had it in after I posted ^that to facebook and he said hey can you make me a coaster for my business? (I previously made this design for him on the cricut cutter machine for a sticker for his go cart.)
This is the cool part that I told you about earlier with the ace of spades that gave me the idea
I took said design and opened it in the cricut cutter app on my iPad because I didn’t have the file saved anywhere else, I turned the brightness to max and removed the grid placed the iPad in the machine face up with design open and traced the image right from the iPad!!! AND THIS HAPPENED!!! 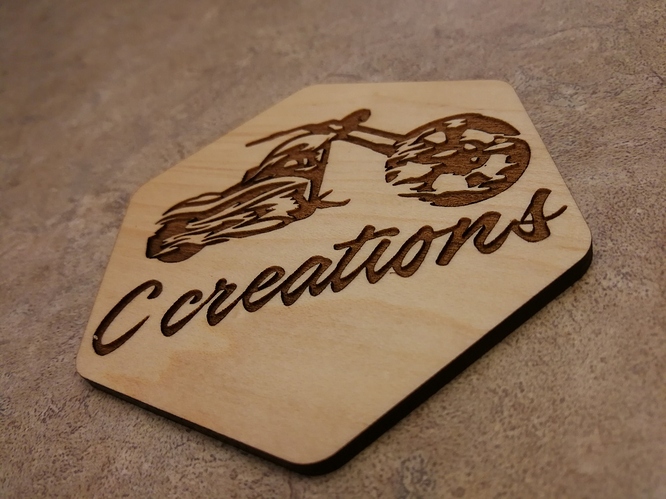 Then this blew up into a full on family laser night: 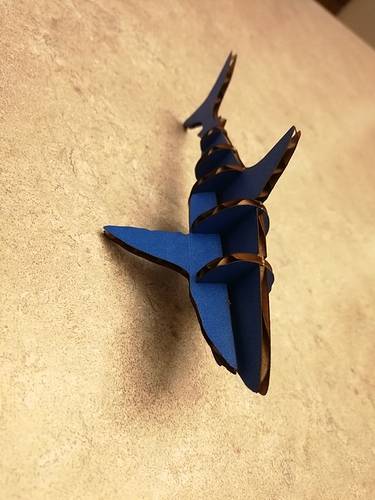 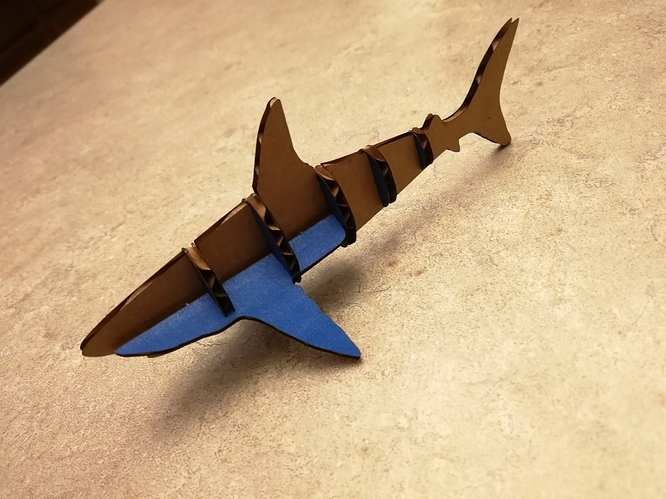 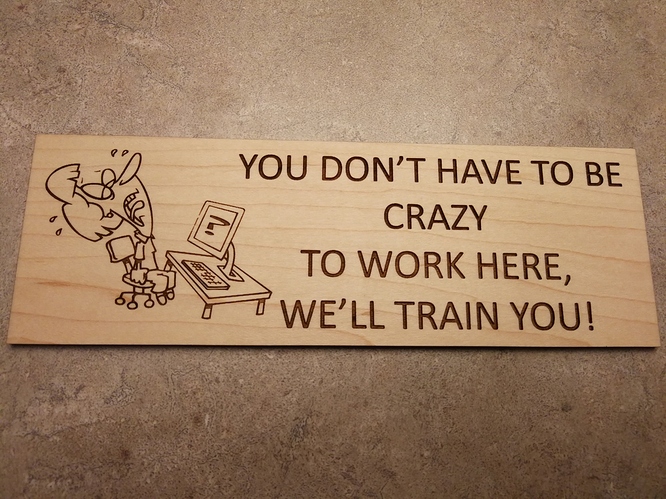 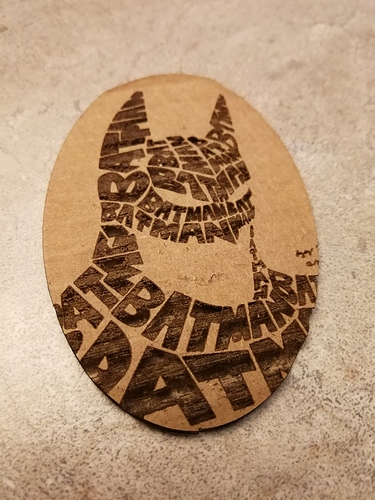 Then I went into the shading questions and with the help on some fellow members I got it:
This ice cream cone was my test subject (as small as my thumb nail), first time was all heavy fully black in dark spots, then did manual engrave for each shade and came out like this as well but I said thats a lot of work no way I have to do that every time so to the forms I went and help I got. If you are looking for help on this make sure the image is rasterized and embedded in your svg file. 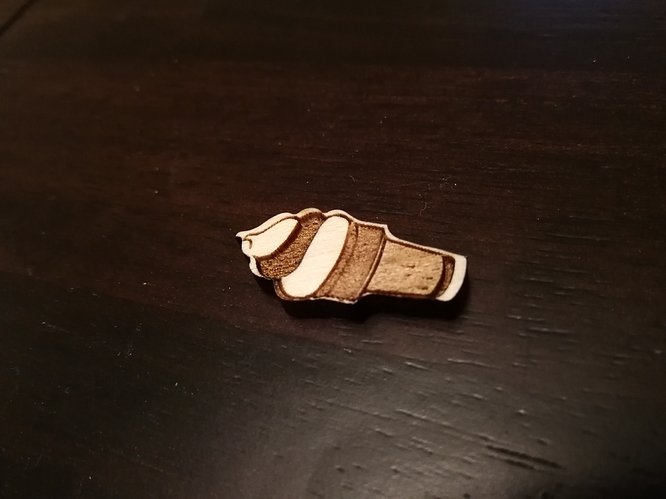 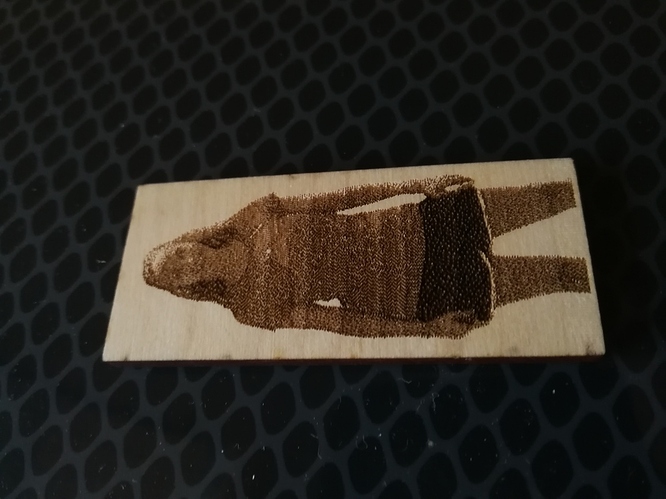 Then the moment I bought all the stuff to test on came:
DOG TAGS! awesome!
I tried the settings I found on the forum from a pre release unit, they didn’t work it was two light and like went in and out.
The second settings I tried is basically perfect, write this down:
Speed 300
Power 50
lines 450
height of mine was 0.051 but that shouldn’t matter just type in your height.
I also layed in a white blank card underneath so it showed up better in the glowforge system. 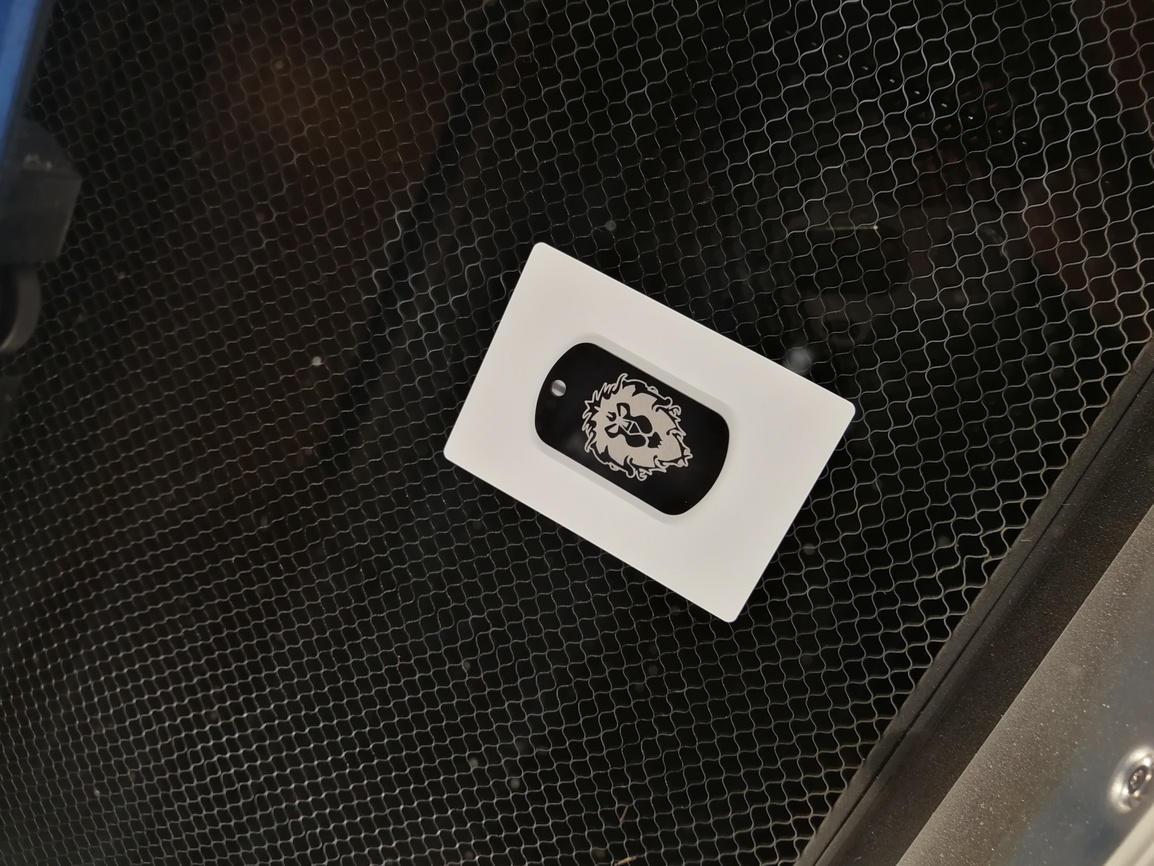 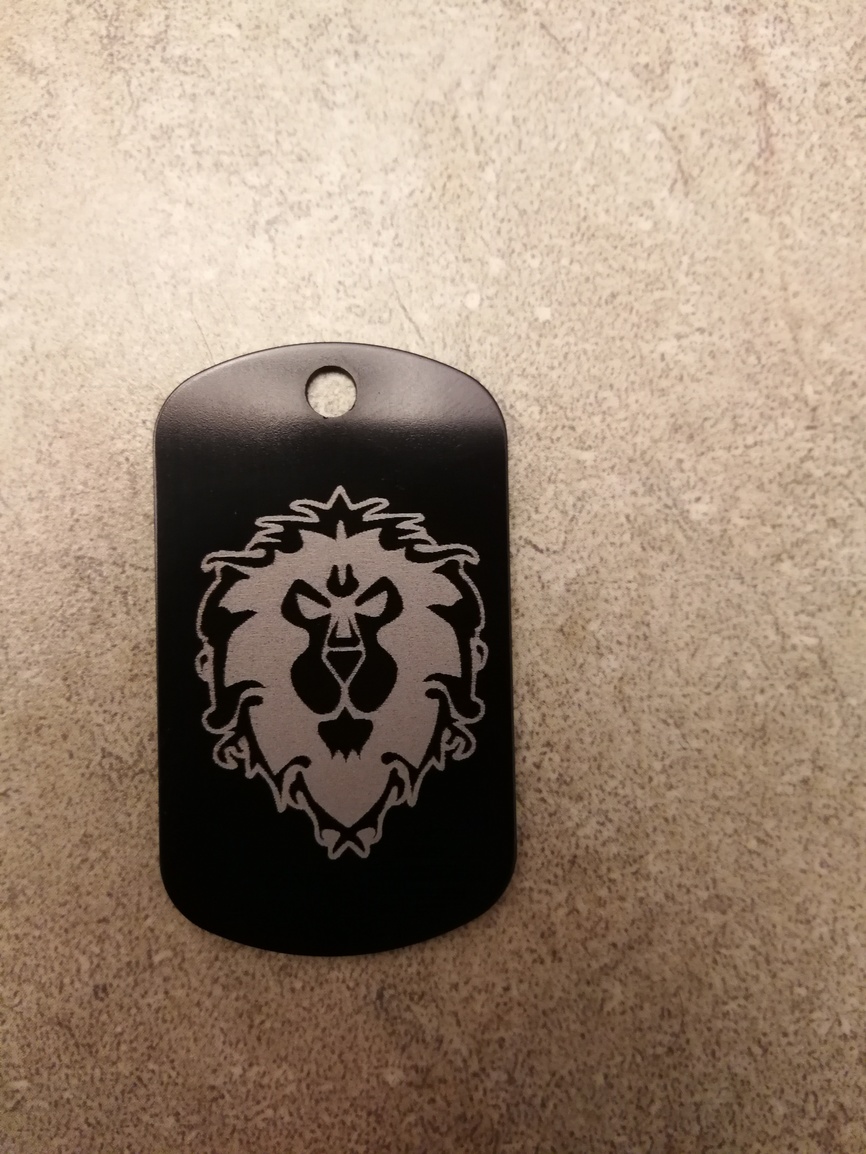 Which leads me to the final project yesterday and why I didn’t laser today:
I made these for donation to our local police departments to show my support and I was out all day today driving around dropping them off.
Pro tip on something like this, if you rasterize all three imaged as one image it saved me about ten mins of engraving time. 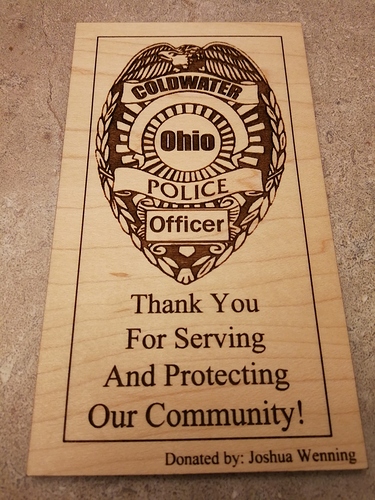 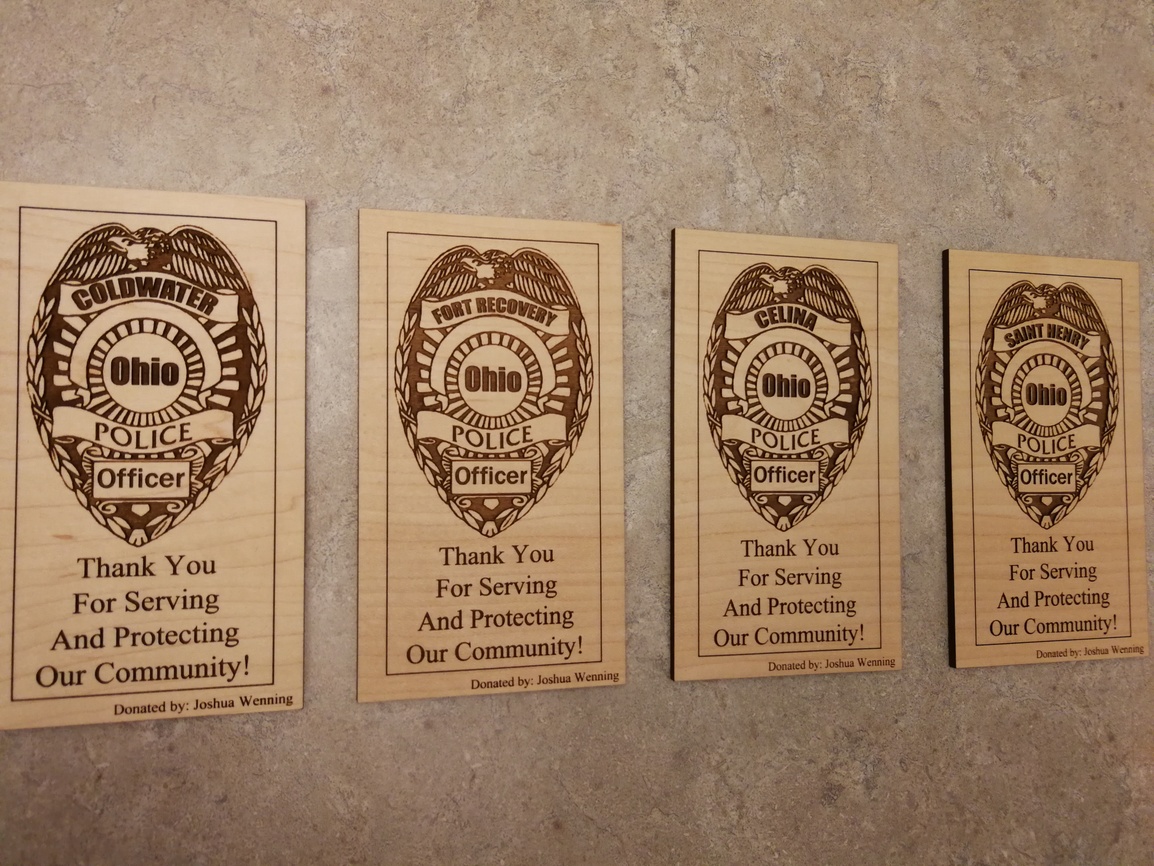 Not sure how this movie will look it was 47 mins at 3000% speed and image quality reduced twice to fit here.

All good stuff, but the iPad trick is one of those duh, why did I not think of that!! moments.

Well done. A new use for maxipad (my gigantor iPad Pro

Hey, did you sleep any?

Love the excitement. This post is likely to end up in Beyond the Manual due to the settings.

Hey, did you sleep any?

Barley lol, my stomach tells me when its time to stop to eat also lol.

I’m going to need to quit my day-job to keep up.

Great post! Love the designs you cut and engraved

I’m a bit confused by your cardboard settings- A 5% power increase over cut to engrave? I would have thought you need higher power/ and or slower speed to cut

Barley lol, my stomach tells me when its time to stop to eat also lol

I keep cookies and other snack items next to my GF

I was confused on this too, I actually went off of settings I found for thicker card board and reduced both by ten. I am guessing that on cut options the power is actually higher, not sure how but is than on engravings this I came up with by choosing a lot of proof grade settings and then going to manual options and seeing the same kind of setup. So thats my best guess, someone else might be able to weigh in more on this but it came out perfect.

Regarding kerf compensation, I like the value 0.007 on proofgrade ply which gives a real tight fit, needing to be tapped together with a tool. I use a screwdriver handle.

I use a screwdriver handle.

I use a small wood mallet. Here’s a link to one you can make on your GF.

And if you need assembly help:

The video is also on the Cartonus site (and another demonstrating it in use).

I watched that thinking it was going to be silly, but I think my gluing technique could benefit from that arrangement. (So thanks!)

Very awesome stuff but I must respond with…

edit it was 180 for the cut speed must have miss seen it my bad and @jbmanning5 thanks for pointing out so I went back and double checked, edited above.