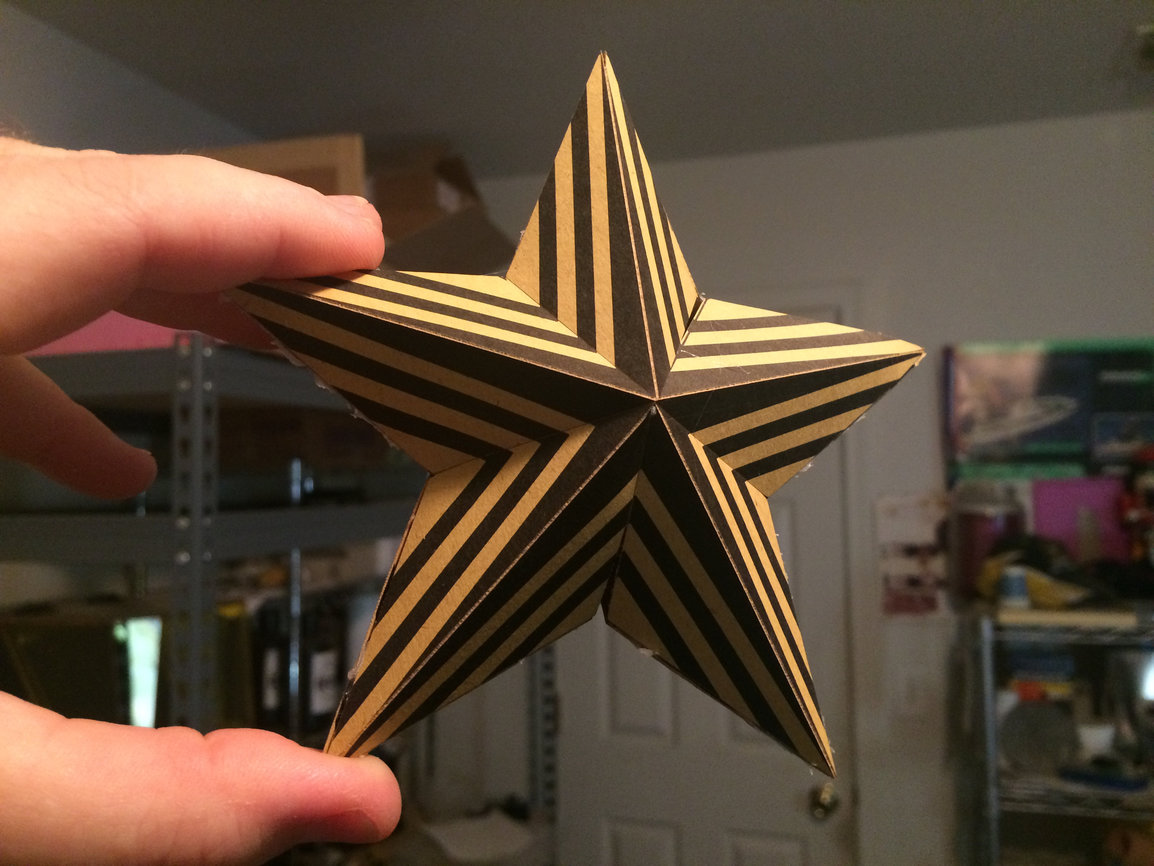 You’re welcome! It’s even got the zebra stripes in the file LOL.

Thanks for sharing! Can’t wait to give it a try sometime in the near future!

If you like that one, just wait til you see what’s next! About to hit “The Button” in a few minutes.

About to hit “The Button” in a few minutes.

A few does not equal 38 minutes. Come on. Your fans are waiting!

Did you decide to eat or something? Is that allowed?

Oh, this is very cool. Thank you! Would be great to add some filigree cutaways and make some of these lights with the pattern:

Well… crap… hahaha… I was actually eating while I was posting LOL… but a couple phone calls, some swearin’ cause this one is fussy to put together (supposed to be full 3D but I goofed the other half so I taped it to some cardboard)… You get the idea though… 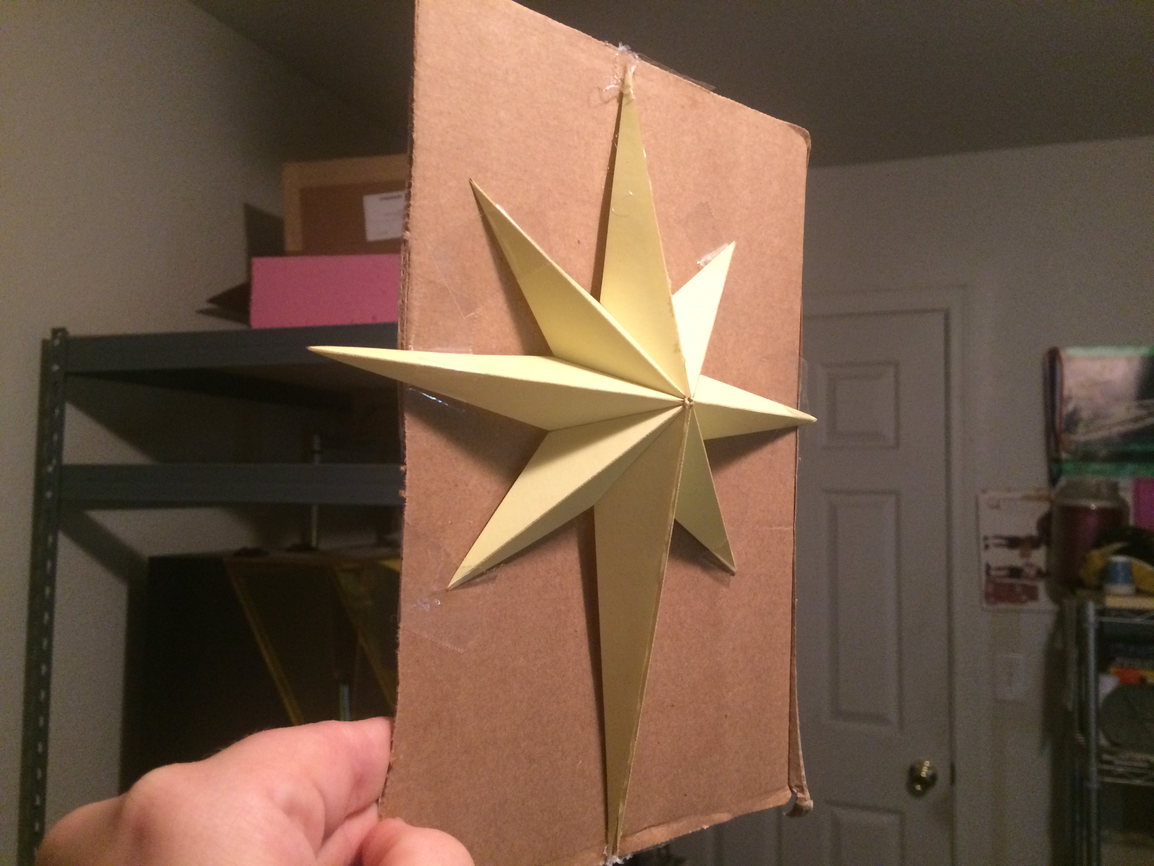 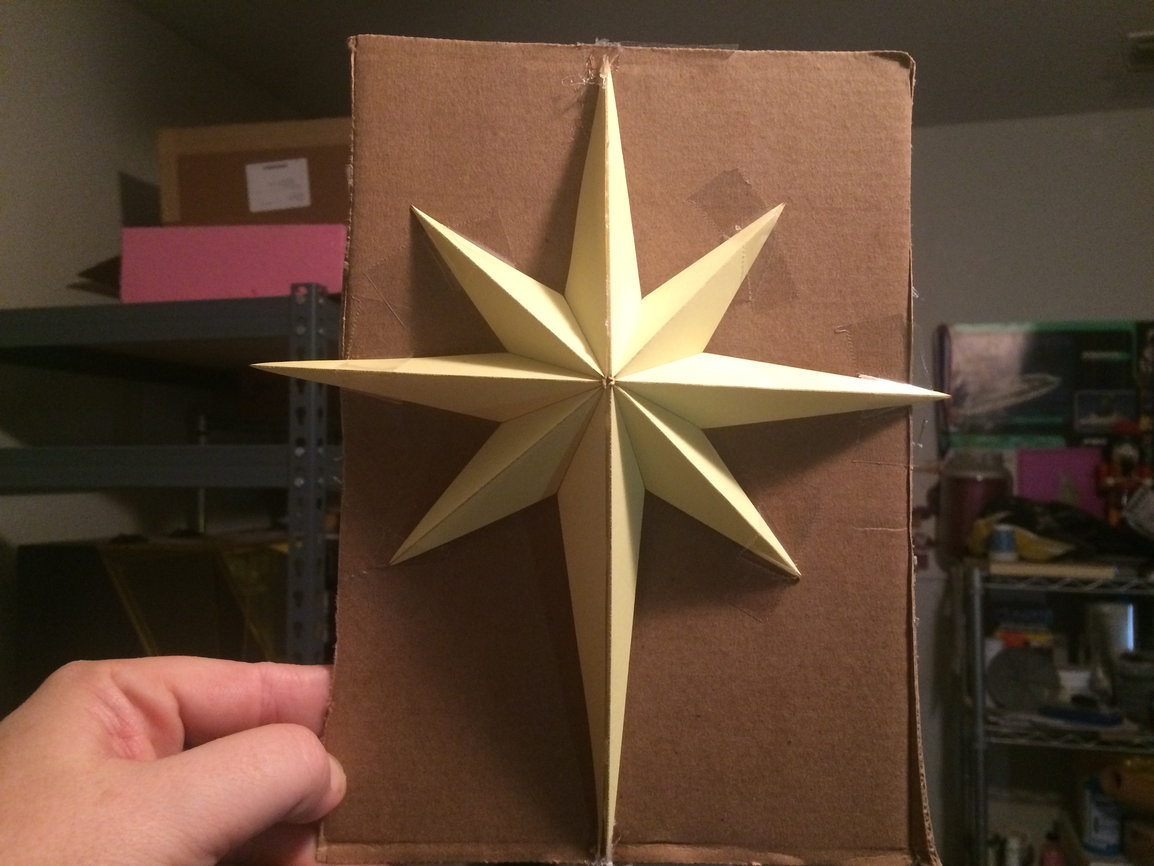 Oh yeah - I need to make one of those for the top of the tree. Haven’t ever put anything up there 'cause I’m not the biggest fan of the silly looking angels and stars you can buy commercially.

I just added the 8 Point SVG file up in the first post of the thread, you can give her a test run. To make that full 3D you need to run the pattern twice. You dont need the red star at all, but that is the overall footprint of the assembled star, could be handy to run that in cardboard as a jig or template. Or if you make just a front half of the star, that footprint could be cut on another piece to close off the open face.

So the 8-Point pattern is a left and right half, left half has no tabs. Or use the right half as the left as well, then you have two layers of tabs the full perimeter, makes the seam a little thicker, good or bad.

Thank you for your generosity, kind Sir.

Agreed re: commercial tree toppers. I have a perforated tin star that my mom made for mine! Love the handmade.

I love you so much.

Oh, that’s simple and brilliant both. Thank you for sharing.