In full disclosure, I have been a vocal critic of how the Glowforge Pro passthrough feature was over-promised and under-delivered. By the time I was invited to be a beta tester for the passthough feature, I had moved on to other thing and was not able to try the auto align feature. Previously, I was able to make some parts with manual alignment that were satisfactory but not perfect. Yesterday, I saw a recent post from someone who was having trouble with the passthrough auto alignment and support asked them to do a test with the smooth curve stencil design. I decided to give it a try as I had some new projects that could make use of the passthrough feature.

I set up the design with the arrows aligned on the dotted line as described in the note and made the first cut. I had it auto-align and the lines as the ends were close, but the middle was not. (I probably could run the alignment process for my camera.) It would not be possible to manually align, so I had it auto-align a second time. Hoping for the best, I had it do the second cut. The result was almost perfect. The only visible defect was in the vertical scores on the left side of the stencil. 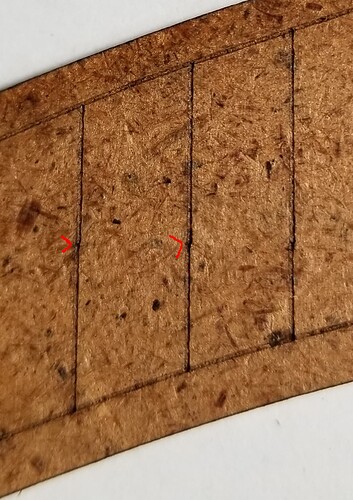 I also read recently that some people were having problems with alignment on later cuts when the second cut matched perfectly. I expanded the stencil to take up most of a 20" sheet and rotated the design 90 degrees. Here is a comparison of the two. 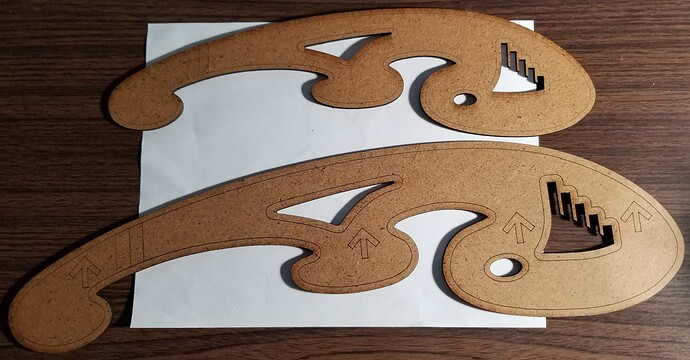 After the first cut, I only had it do the auto-align once and the results were less than perfect and arrows are not necessary to see the defects. 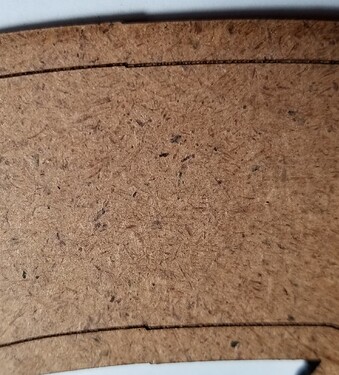 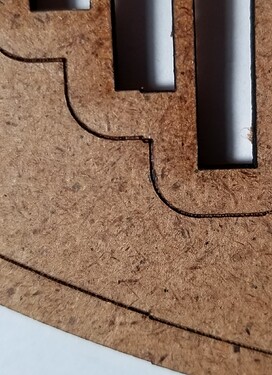 I hope that this information proves to be useful as the results that I obtained from two tandem alignments are perfect or near perfect. If this is always the case, then I can use the passthrough auto alignment with confidence in the results.

Thank you for sharing your thoughts and detailed test results with us. I’ll share this information with our product team with a note that it came from a Glowforge owner.

Based on everything that I can see in the photos you’ve shared as well as your unit’s logs, your Glowforge appears to be working normally. When a Pro Passthrough print runs successfully, the lines in a print should be aligned to the previous slice so that they are within 1 kerf width of each other. The kerf width depends on what the material is, but generally ranges from 0.008" - 0.025" (0.02032 - 0.0635 cm).

Each time alignment is run, the result it creates doesn’t draw information from the previous alignment attempts so, unfortunately, running it two or more times isn’t guaranteed to improve the result. If you run into trouble or have any other questions for our team, please reach back out and we’ll be happy to help!