A proper seat for a king to sit on. (Black Panther Throne in Acrylic)

So me and my brother are both avid collectors. I’ve been primarily focussed on Transformers for the last 30 years but my brother has spread his wings and has stepped into the real action figure pool. A few years ago I gifted him a real gallery quality display case and it’s done wonders. Now we’ve alwasy been into making accessories and customizing our figures with kit or paint. I wanted to make something for him on my new laser and I found just the project. 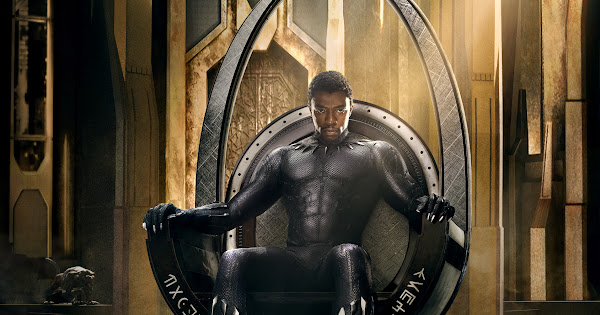 So I asked him to borrow his figure to take measurements and I found a nice model on thingiverse that would get me started. I imported the model into 123Dmake and found out after a few days that 123Dmake is not supported anymore and has since been rebranded as Slicer. Great software to slice up 3D models into 2D parts. But after my first cut I quickly found out that the model was too inacurate to continue with. However it did give me a solid understanding as to how to tackle this project and I started out drawing one from scratch in Illustrator. 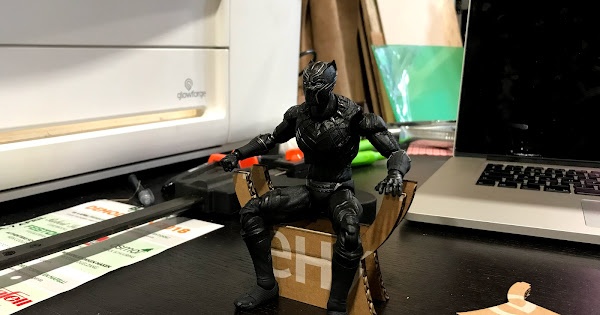 After a few trial and error cuts I quickly found some great universal settings for corrugated cardboard (175/80/1 to cut, 150/1/1 to score) 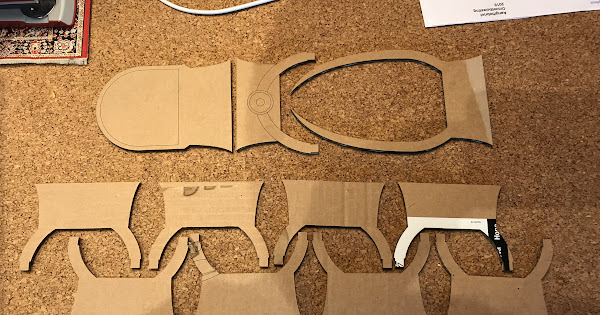 and it put together 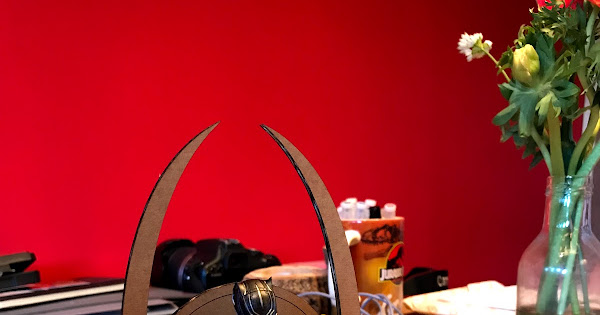 Now I was happy with the size and the construction I started thinking about engraving details. The throne has some but is not overly complicated. I went with a few score lines and an engrave for the real small details. I had to learn some new tricks in illustrator but after a few nights I felt I had drawn the best I could. Thinking about it now I could go into multiple levels of engraving but in the end I don’t think it’s necessary to pick up more detail. 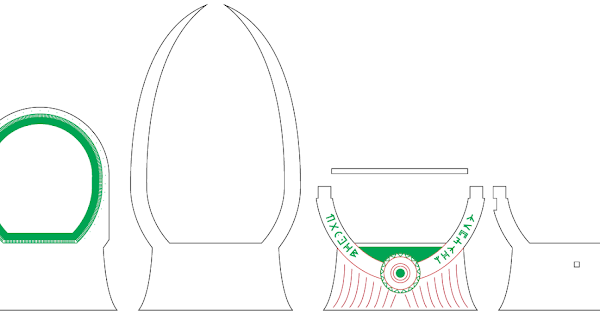 Thinking in colours and layers was the new challenge.

I had decided early on I wanted to make this in acrylic but I wanted to try some new material too so I bought some Rowmark metalgraph Brushed stainless plate. I hoped it was a little more obvious on the brushed side but it’s a neat product. Another night of trials and errors and I have come a long way! 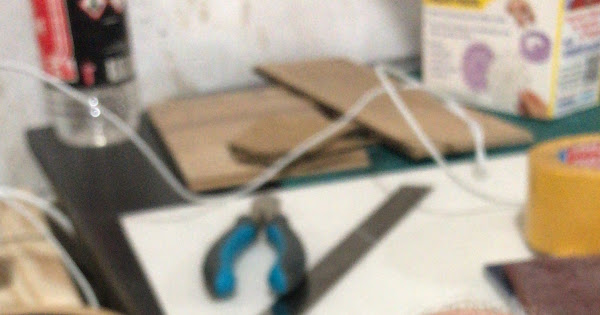 The first real cut for this project in 3.2mm black acrylic 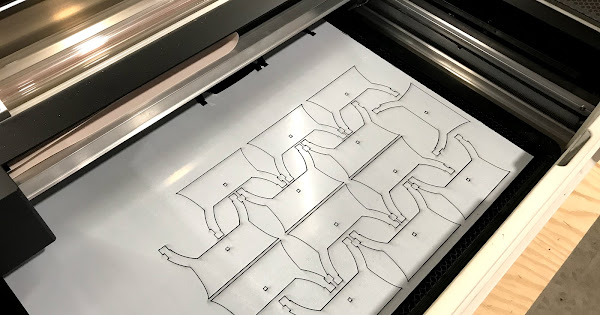 I decided to create a 3x3mm dowel using the thickness of the material to align all the pieces. That’s what the hole in the center is for. I conluded a 3.1mm size hole (in illustrator) will tightly fit a 3x3.1mm rod (illustrator x material size) 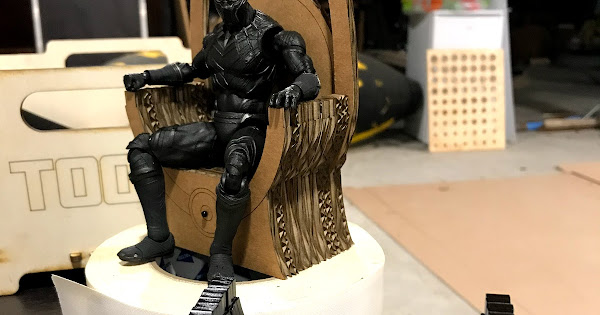 The seat put together with the prototype in the back. 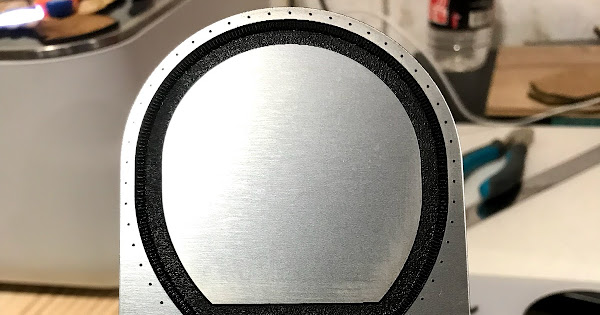 The rowmark engraves beautifully however the cut settings (185/full/1) do ignite. Not as much as mdf, but it did create flames. I tried cutting with less power but it did not go through. I also tried to recreate the meteorite effect on a hidden piece using a piece of 40grit sandpaper and tracking it across two diagonals over the material. I’ll probably end up doing this on the whole thing. 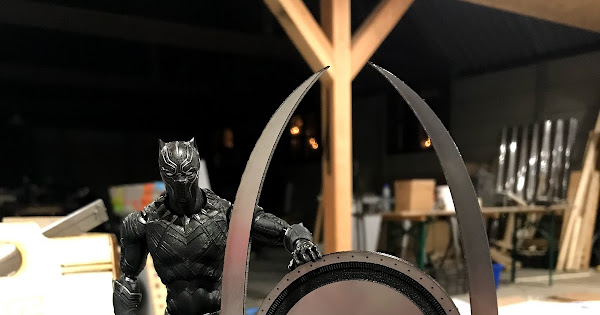 The completed throne. This is one hefty paperweight and my workshops smells like burnt plastics! I’m really satisfied with the outcome here. This went together like I planned! 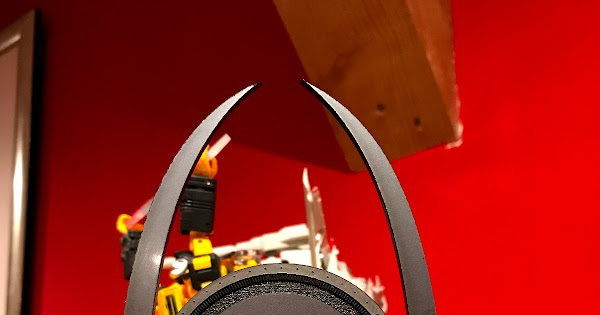 The detail is fantastic. 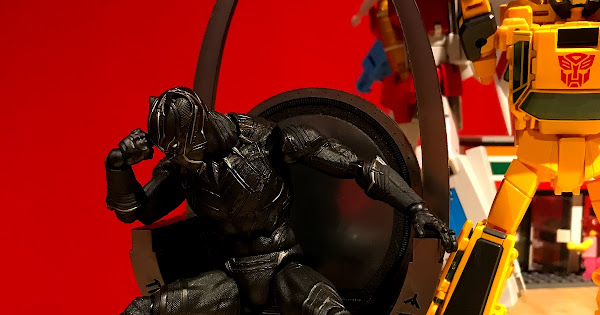 Hmmm, I only see half of my pictures. can I do a manual resize to these?

Same, I can only see the top half of the pictures, would love to see the rest of the throne.

Very nice. Great write up. Thanks.

Can’t wait to see it once you fix the photos—what I can see looks amazing!

Such a tease! LOL

It looks like there’s a problem with the height setting in the link. Here are the full-sized pictures: 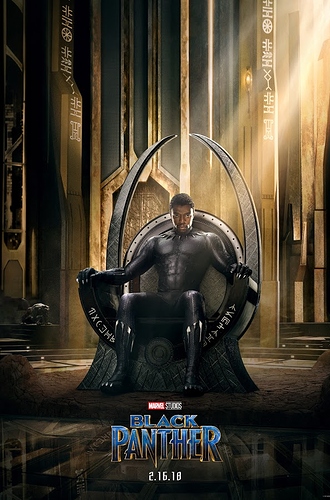 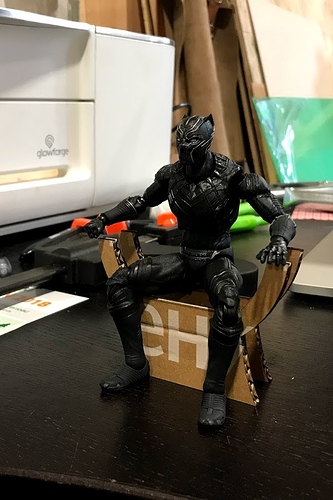 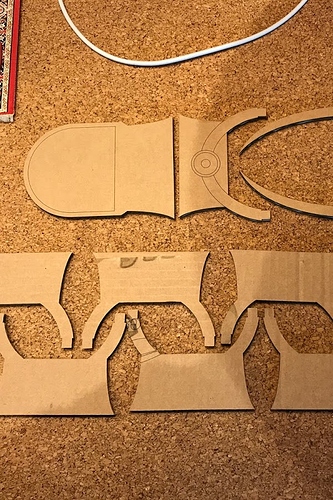 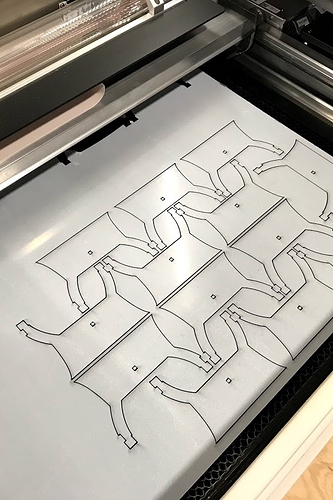 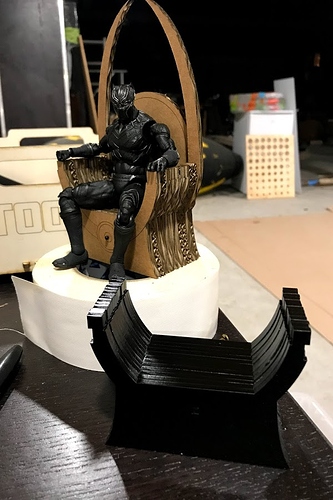 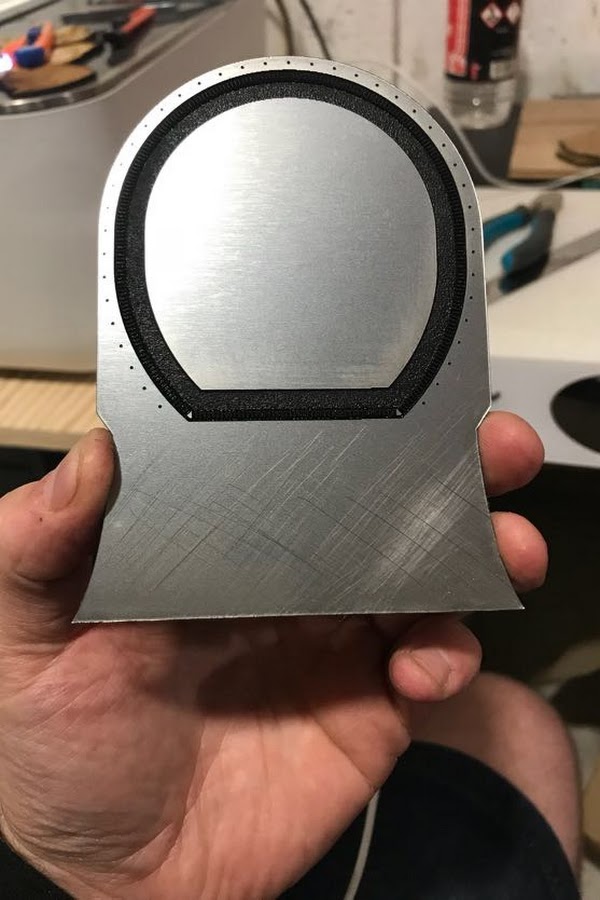 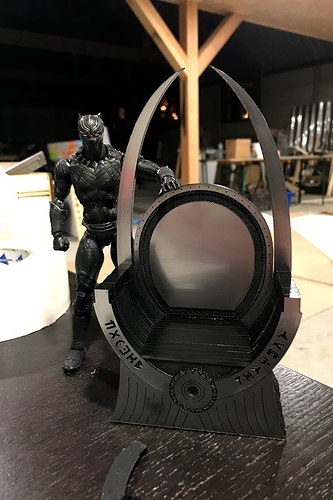 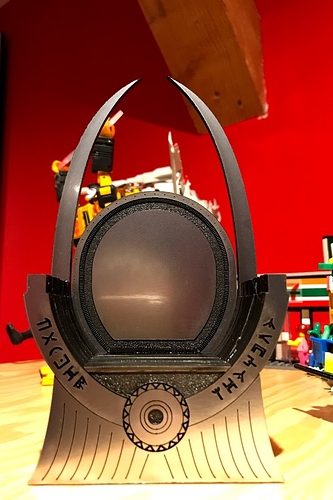 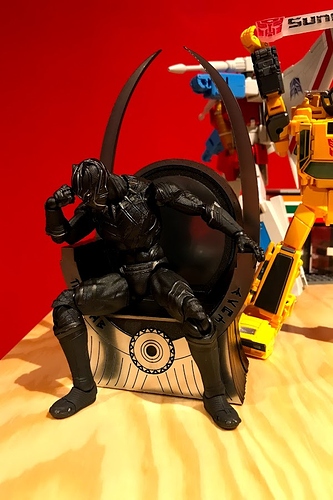 Great job, by the way!

How did you fix this? I uploaded the images from my google account to the discourse forum (as straight up linking would result in some people not being able to see it)

I right-clicked on the photo and selected “Copy link address”. I pasted that link in another tab to see the full link:

At the end of the link it shows the width and height (w594-h315). I changed the height to 900 (just guessed) and it came out ok. I ended up saving the image to my desktop and posting it from there, but I could have just copied/pasted the modified link to my reply.

Edit: I take that last part back. For some reason it doesn’t let me upload the image that way.

I was looking into the why this morning and I think it’s a discourse thing. But thanks for finding out!

I’m glad I got to see the whole pics! That’s amazing!

I guess I need to go see this movie. It seems I’m missing out on somethings special. Wonderful design and thanks for the detailed share. So glad the Glowforge is working out for you!

That chair came out great. Nice!

The throne is absolutely amazing, and I love the way you posed the figure!

That’s great. You could probably make a few bucks selling those to collectors, too.

He has an awesome throne… but I’m LOVING the huge Glowforge he has in the background.

I thought about that but in materials alone I’m estimating €30 ($37USD) Take a little for me, a lot for shipping. That’s a $50 chair for an action figure.