I did some 1/8” black acetal and tried doing a double pass at power 100 speed 30 and single at speed 15. Both worked well and I don’t see much difference in the cut quality. One thing that did stand out was that the double pass had a lot more white debris around the cut area similar to smoke stains on wood. I think this is because the debris can’t go out the back and has to come back through the top of the cut since it’s just a trough for the first part of a double pass cut.

Here is the double pass: 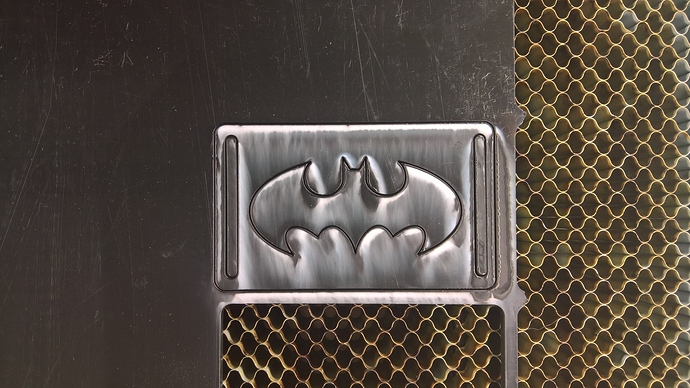 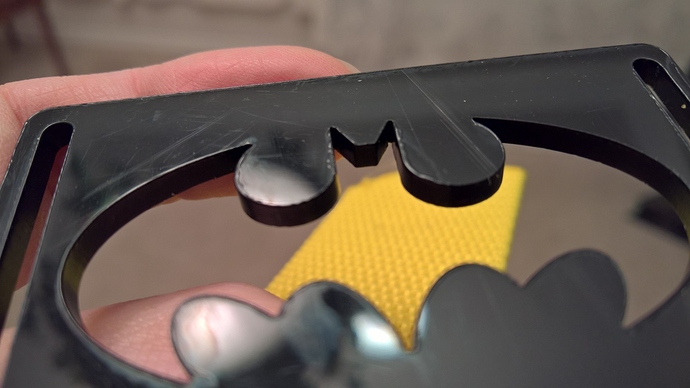 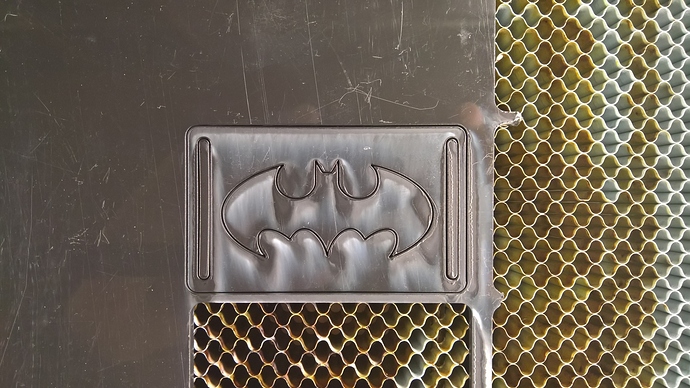 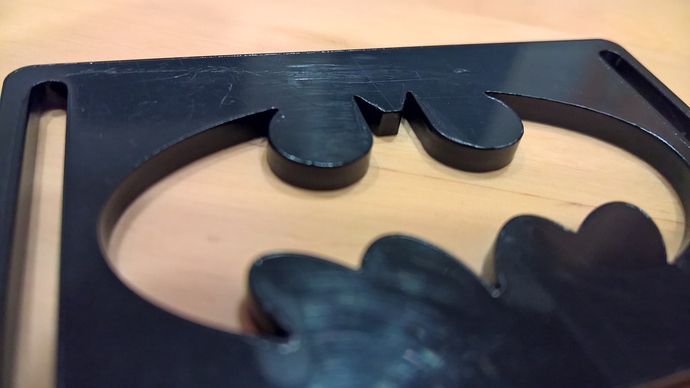 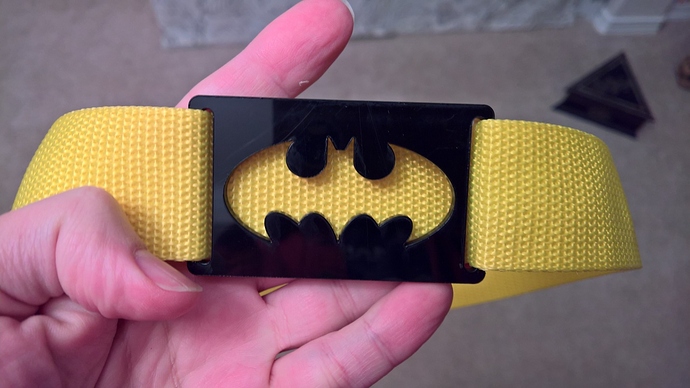 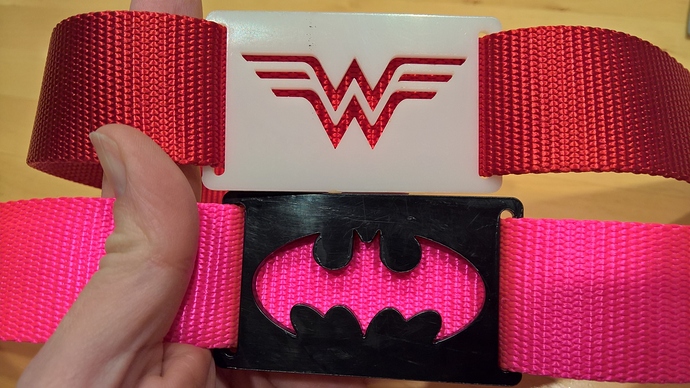 That is so cool! I happen to have a small sheet of black acetal on hand, looking forward to trying it.

I like these tags / buckles a lot. Is all the protective plastic removed in the cut pictures? If so, I’m not super impressed with the edges of the cut. They look pretty rough.

How hard is it to clean the smoke residue off the Acetal?

I have some Delrin from laserbits but haven’t cut it yet. It’s a thin sheet. I’d like to get something a little thicker like yours. At least I have a place to start from. I’d like to make a seal/stamp sometime.

Right out of the Batcave.

Is it just me, but for the Batman logo does anyone else just see the lobes?

I’ve found the edges on acetal to be a bit melted so they’re somewhat rounded off as opposed to sharp right angles. Also, I think the picture you’re thinking of is the second one from double pass which I think was the back of the piece where it may have melted out of the pattern as opposed to the top where it melts into the pattern. The sheet was only 1/8" thick so the overhang aspect wasn’t very dramatic either way for me and works well. Definitely something to consider in the application of this material though.

for sure and i mean it would be easy enough to take a quick file to things if need be.

Would it be good for making an embossing folder (negative and positive cuts on opposite plates)?

Yes. I also ordered some 1/4" from Inventables for this purpose but the way the Corian is engraving and since I have a lot of that, I do want to do some seal embossing stuff. Need More Time!

Lately that appears to be my Mantra… (never did get the Xmas tree up… Sat in the bag on the living room floor until Jan. then put back away…)

Apply alight coat of Dawn dish soap with some sponge and let dry before cutting Delrin. The debris rinses off easily.