I make “stained glass jigsaw puzzles” from translucent colored acrylic:
https://www.etsy.com/shop/ReVoltLabs?listing_id=724126185&ref=shop_overview_header&section_id=26584966
They’re made from 6mm acrylic and press-fit together, no glue or fasteners!

I used to make these on a giant 150W Kaitan laser cutter:
https://www.noisebridge.net/wiki/Laser_Cutter/Kaitian_CM1309

Now I’m trying to make them on the Glowforge. It works (after adjusting kerf compensation as expected), but the pieces fit with much more “wobble” than before—that is, two pieces fit together do not sit on exactly the same plane. I imagine this is because of the hourglass shape of the cutting “blade”, and indeed it looks like the bottom of each piece is slightly wider than the top.

First, is this an expected difference from a 3x more powerful laser? The greater power means it cuts faster / straighter?

Second, is there a way to compensate so my cuts are straight? I tried tweaking focus height but that just seems to leave burn marks…

To save people the clickthrough… 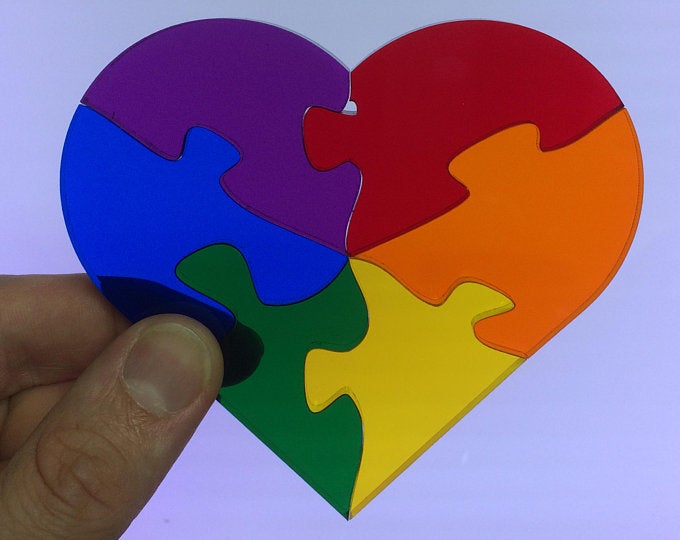 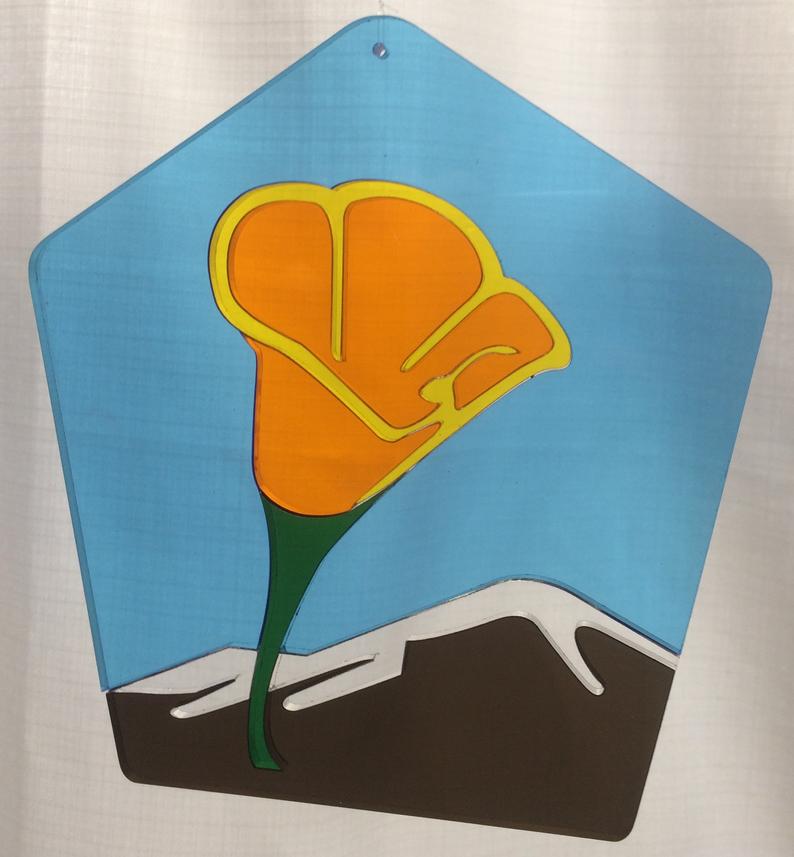 First, is this an expected difference from a 3x more powerful laser?

Possibly, but I suspect it may have to do with the lens or laser type. The glowforge lens has a pretty short focus distance, so the angles of the “hourglass” are fairly steep. A lens that focuses further away will have less pronounced hourglass angles.

As for compensating, the concept is flip-mating, where pieces that are meant to lock together are mirror imaged so that their respective cut profile shapes mate with each other.

Flip mating works best where each piece only touches other pieces that are flipped, I call it the “three edge problem”. There’s no way to cleanly flip mate pieces if any one piece touches an odd number of neighbors. (and really even sometimes where you’re touching two is a problem. Depends on the design.)

So in the end, I don’t have firm advice for you here, except to say that in general thinner pieces have less edge shape effects and if you can flip mating will always make a better fit.

edit: oh, also, success in kerf adjusting a path can be very much affected by how many nodes are in the path. Check this out:

This is an inkscape-specific thing, but may apply elsewhere. Kerf adjustment is well-trod territory at this point, but I recently decided to see if there was anything to improve performance. The issue: when doing a “stroke-to-path” action on an irregular shape, you can sometimes see deformation of the resulting paths. The solution: add more nodes. The software is making a best-guess estimate, which you can improve with extra nodes. Illustrated: On the left, the original shape. On the righ…

@evansd2 to the rescue again!

Thanks for embedding the photos too.

Okay, so maybe not the power that’s different, but expected that GF’s hourglass is “steeper” than other lasers I might have used.

Yeah, the problem with flip-mating is that I often have the three-edge problem.

That’s interesting re: kerf adjustment! I indeed use stroke-to-path in Inkscape as kerf compensation, and discovered that I sometimes needed smaller/larger stroke widths depending on the complexity of the path. I didn’t think it was the number of nodes, but that some property of friction or the cutting process that made more squiggly pieces a tighter fit than smooth ones. Maybe it was just the way Inkscape drew paths all along.

Incidentally, I created some laser-related Inkscape extensions including a “flatten strokes to path” operation that automates kerf compensation outwards. (Doing it inwards would be a trivial change.) https://github.com/hobzcalvin/LaserPrep

Huh interesting. How is this different from just setting stroke width and doing stroke to path? I looked at the readme, and it wasn’t too clear.

Stroke to path creates an inner and outer path; we just want the outer (or inner for compensating the other way). Union with (or subtraction from) the parent path gives us the single shape we want.

Neat that you found a way to automate it.

Yeah, this is helpful especially when I have dozens of shapes; I think a stroke-to-path/union op would work with many selected, but not intersection. This also unlinks clones, converts objects to paths, etc. I have to iterate a lot: tweak stroke widths, export, print, repeat. So saving time on the export helps a lot.

Inkscape can be a buggy pain in the butt. I think about switching to Illustrator sometimes but wonder if I’d be able to automate it so freely. The Inkscape extensions API is limited, but I’ve been able to get it to do some nice things.

Yeah, this is helpful especially when I have dozens of shapes

It’s interesting, because I routinely have multiple shapes and have never felt this pain.

I think maybe our workflows are slightly different; once I stopped viewing the pieces as one large aggregate and more as individual pieces in their own right I simplified my thought process and workflow significantly.