Acrylic question while waiting for my Pro

I just received my tracking number for my Pro (arriving Friday), and I already have Christmas designs lined up to go straight in after running the first few tests. However one of these Christmas gift ideas is extremely advanced for a new Forge owner. The design, and concept of how to make it work both design and creating the cut file seem easy enough without using the software yet.

On to the design at hand (attached example file for clarification).

I want to, if possible, create a plaque strictly out of acrylics. The plaque would require making an inlay that’s raised rather than flush. I understand that a CNC router could take care of doing the base acrylic but I only have the GF. I’ve searched the forum to see if I could find an example or tips but I’ve only found an original question from 2015 Laser vs CNC for deep cuts. I want to take a piece of PG Black join it with PG Blue in the center and deep cut it, then add a cut inlay of PG Frosted for a raised image. I just didn’t know if acrylic would allow a clean fit when it’s deep cut because of melting, or if it even melts at all?

Sorry I know that probably sounds extremely confusing especially since I can see it in my head and on the design screen, but I don’t know how to explain it the best.

Thanks for any help and happy Forging in the holidays!! 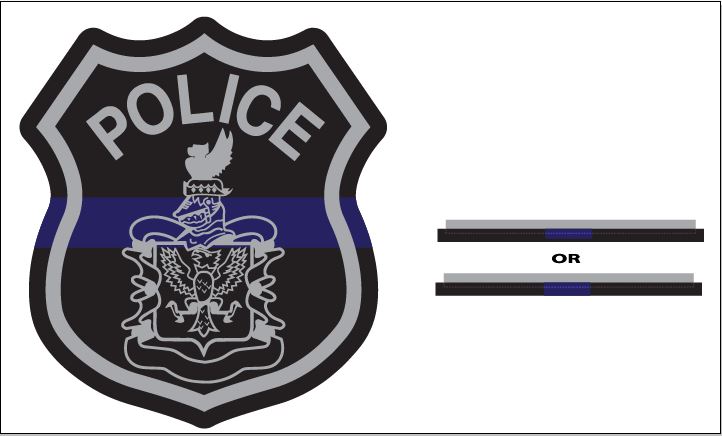 The dashed line on the horizontal would be how deep the inlay would go in.

I believe you could, but i would suggest a couple of things…weld your strips of black/blue/black acrylic together first (cut some strips with the machine to make sure they are even, use faster than normal speed for that thickness acrylic and two passes in order to make the profile as even as possible) then use a solvent welding glue and clamp them until they set. Then cut the shield shape out of the combined material.

For the inlay, do a very shallow engrave, and just use a thinner frosted acrylic to cut out and solvent weld into the engrave. (Or you could try lightly engraving it or scoring at low power just to get the alignment for the thin frost acrylic.)

If you are trying for a deep engrave, you are going to have more difficulty fitting the pieces in…there is some buildup in the corners, and you’ll want to run a few tests. But you can get the same effect with a shallow engrave and thinner inlay material. It will still stick up, and you’re not going to be able to tell the difference.

(The pieces can be kerf-adjusted as an alternative, but that has to be right on the money with acrylic, and takes some testing anyway.)

Just a suggestion, instead of an inlay you can layer like this person I love following. He lines it up using the scrap part. 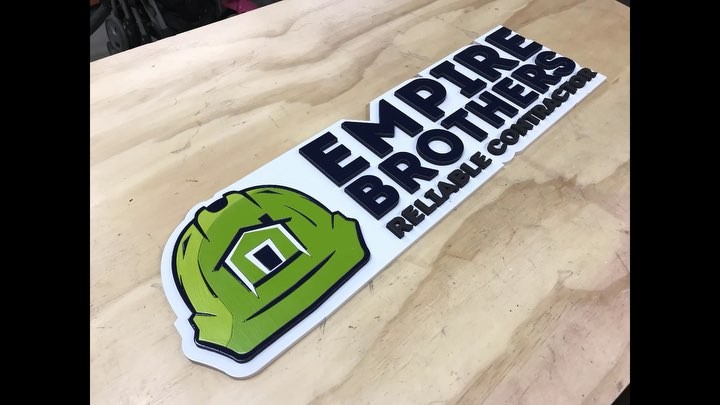 I may lean this way, I didn’t rule it out to begin with. Given the detail of what I want to do, the time frame I want to do it in, and like @jules said I won’t really notice a difference it may be my best route. At the moment I can’t remember what thicknesses of PG acrylic I ordered anyway and heading to work so I can’t look. If they are all thick then I’ll try the engrave and inlay. If I was smart enough to think ahead and get a thinner frosted but thick black then I’ll layer. Either way I’ll post the results!

Then when time allows I’ll play with deep cut and inlay, because I’m sure someone else is sitting on a question or idea like this.

Following the articles @evansd2 provided is a link to a post on applying this technique to acrylic and how it behaves. Basically the post says that by putting a radii in the corner of the slot or base of the tab, the pressure is distributed.

This may also be useful information - taking the pressure off corners when interlacing acrylic…(probably not for the quick-turnaround project, but for later)