This one was in the making for awhile, but i finally finished it up recently. My brother in-law’s band, Palette-Swap Ninja, released a parody album that mixed Star Wars and Sgt. Pepper’s.

I made this record light as a Christmas gift for him. 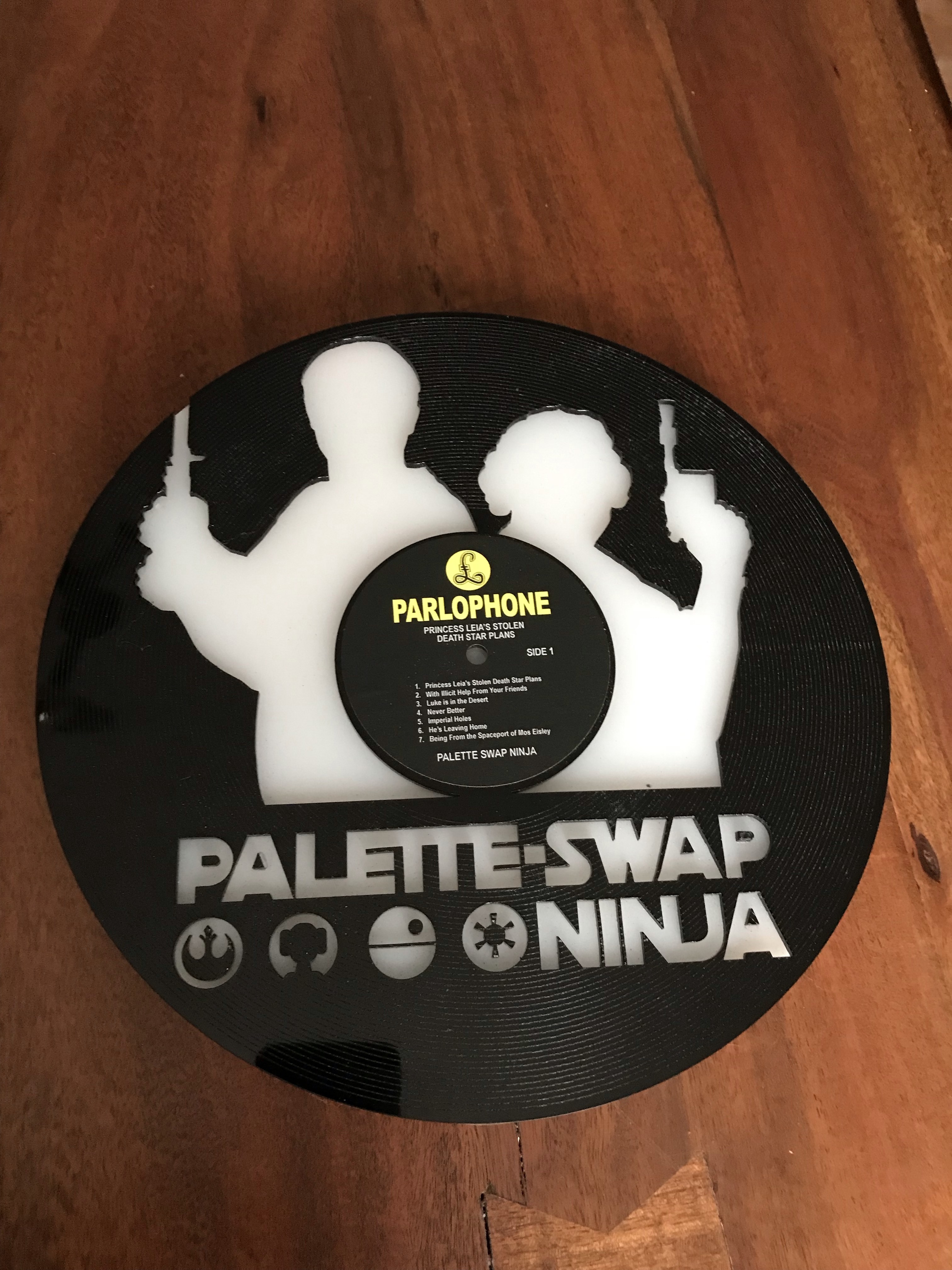 It is made from layered acrylic and plywood with some of the PG walnut veneer on the side. 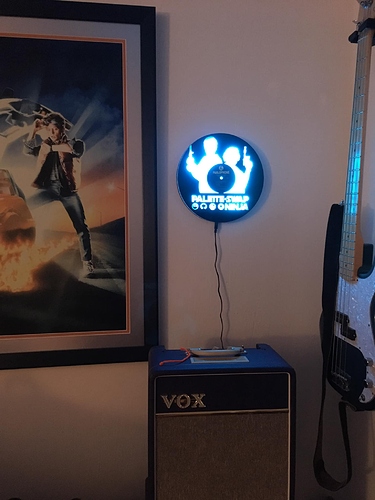 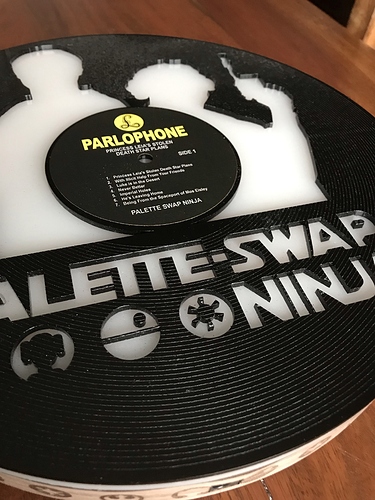 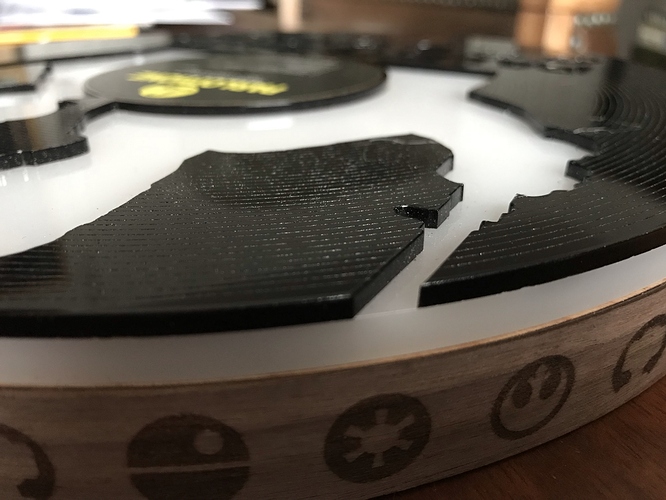 The inside isn’t that pretty, i had some issues getting the LED strip to stick so a little hot glue to the rescue. The front is held in place by the embedded magnets on the sides 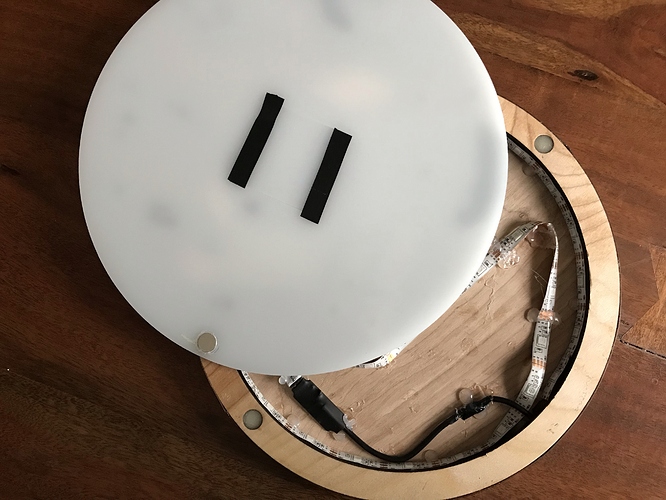 I bet he thought it was I coolest thing ever.

Love the detail on the walnut veneer side.

Nice project. It looks great hanging on the wall and lit up.

It’s gorgeous - but does the record play?

The funny thing is I really wanted to etch in the real audio file like in this instructable.

But it just was more work then I wanted to put into a detail that he would never be able to experience.

Funny, I remember listening to that awhile back. Nice work on the light, too!

Great work! Would you be willing to share the info about the led strip you are using? Is it simply a battery operated connection? Not much experience with LEDs, so I thought I would ask.

Here’s a little info about the LED strips I use. They look to be similar to the ones in @ianauch used here. If you search the forum there’s been a few posts about them.

LED source Everything Else

I want to make my own light bases, but not deal with the LED part. I think I found a decent LED strip source and thought I’d share. Forget to mention it’s free shipping too

Edited to add: I just noticed it says “$3.99” in the link below. I didn’t pay attention and ordered from the US warehouse and paid $5.67. Apparently if you purchase from the Chinese warehouse and are willing to wait on shipping, you get the lower price.

The LED strip I used was just a cheap one from Walmart. It was one of their Bluetooth models. I ended up cutting the end off the usb and putting on a wall wart.

Hey! I know that band! I listen to a Podcast (Lasertime) that has one of them on occasionally. That’s a great album.