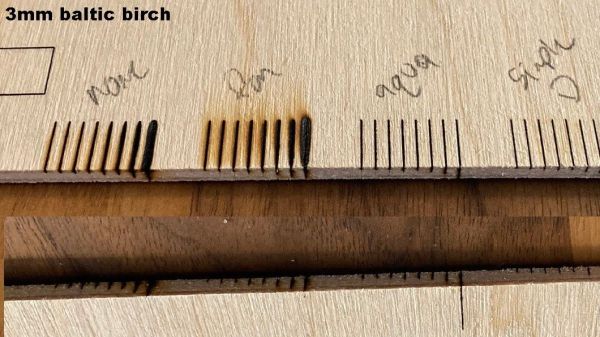 If there’s one thing that continues to impress us about the Hackaday community as the years roll by, it’s the willingness to share what we’ve learned with each other. Not every di…

I’ve been thinking about this for a while. So the easy one would be just to put a more powerful fan in the same position on the carriage plate. Don’t know if there is such a thing.

It is interesting. I’ve never looked “under the hood” at the air assist fan assembly in any depth, but I’d assume there’s probably a more efficient design for the scoop that would help.

Would be pretty trivial to design. You’d want it to be as light as possible.

Upgrading the fan would put more electrical load on the system, in addition to added weight - that would be risky in my opinion.

Would be pretty trivial to design

The only thing I would probably do is bench test any design for flow before sticking it on the machine and running a job for real world testing. I may be wrong, but I thought axial fans performed better under high volume/low pressure situations, rather than low volume/high pressure. You don’t need a ton of pressure coming out, even 2-3 psi is enough for an air assist. But you’d want to make sure that you’ve got that.

I do this in my milling machine to keep flood coolant off the lens of the GoPro. I used a commercial grade aquarium air pump (barely audible) which is on the same internal circuit as the flood coolant pump so it is under g-code control. Not super high pressure (if I wanted that I could just take the high-pressure air feed in the machine which is 100psi regulated (from my screw compressor, but that would launch my GoPro like an air rocket… as all I wanted was a nice fan shaped continuous air curtain in from of the lens to blow scattered droplets away