I love getting to work in the space where art meets engineering! For Laser Thursday this week I took a page out of the book of game developers everywhere and used solid noise to generate my laser design.

Using a few handy lines of Python I was able to take a greyscale image of some solid noise, break it into “bands” matching the thickness of my material, and then use the color of each pixel in these bands to dictate the path the laser would follow. In the end I had a set of 20 SVGs I could then cut into separate 2.5"x2.5"x1/8" clear acrylic squares. 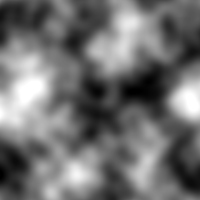 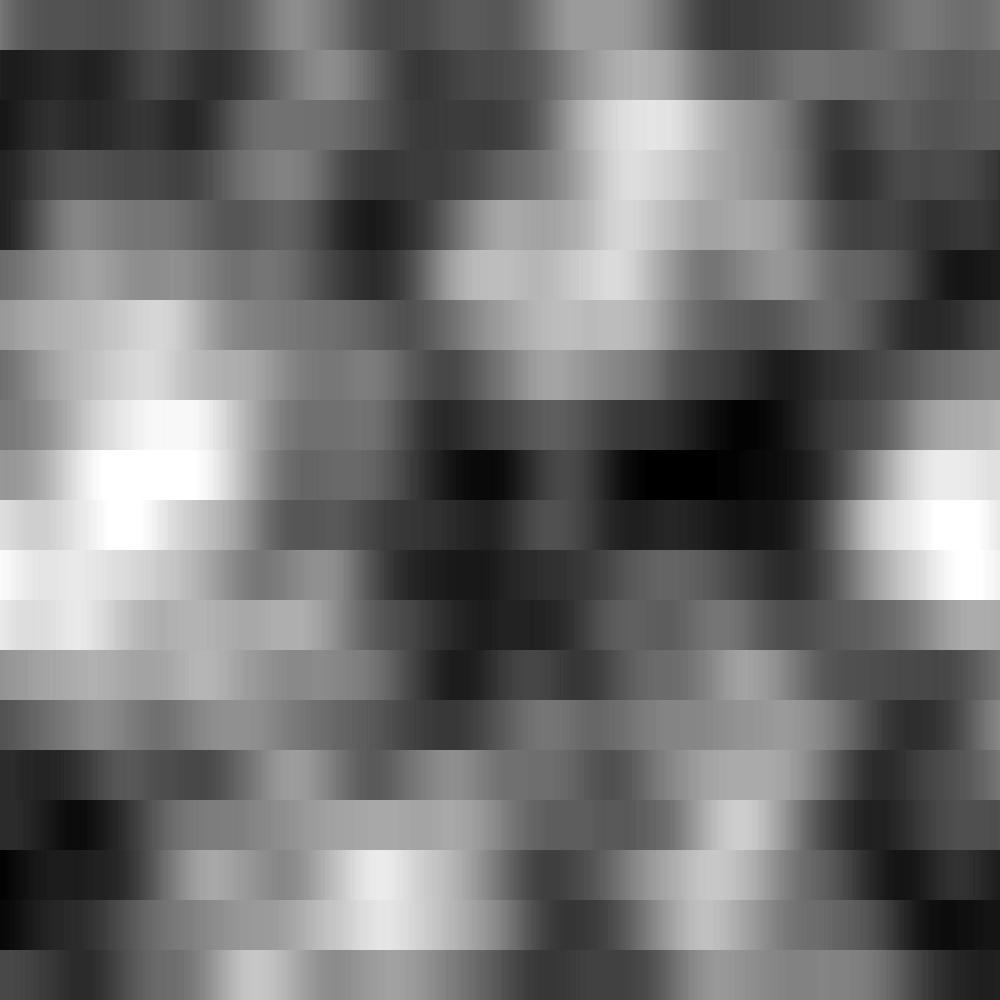 The finished product doesn’t do much other than sit on my desk and look neat (I actually ended up stacking the negatives to build an overly intricate pencil holder) but regardless I’d call the experiment a success. Trading artistic roles with your code can be a ton of fun, and I think if I do something like this again I’ll try a different material, maybe Maple or Padauk? It’s a little tough to see contours in a clear material… 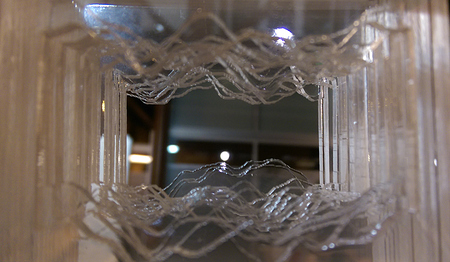 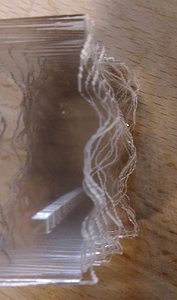 If any of you out there in the community have mathematically generated laser projects of your own, I’d love to see them!

This looked even awesomer in person than it does in these images.

That looks awesome @kevinmcvey!! I’ve got a loy-poly vase design in grasshopper I use to make 3D printed objects- but with something like pepakura it’ll be easy to convert it to cut paths for a glowforge! Can’t wait!

Very nice @kevinmcvey, it does not have to do anything if it sits that and looks cool!
I am really interested in making physical examples of algorithmically derived models, so my Glowforge is going to be cutting lots of useless shapes…
If you like this stuff you should check out these folks: http://n-e-r-v-o-u-s.com/

Neat concept! The last photo looks like it includes a hole that was cut through all of them. I wonder how it would look to stick one of those party glow sticks through the hole.

@jkopel Hey, there’s no such thing as a useless shape!

Loooooove me some Nervous System! I have one of their kinematics necklaces- so cool.

Oh wow, thanks for the link! I would love to try something like their Kinematics project using the Glowforges in the office. Interlocking parts to create a 3D fabric is something I hadn’t thought of and man does it look awesome.

Lasers have such exciting potential in the realm of conceptual art. One of these weekends I’m hoping to get the time to sit down and play with reproducing one of my favorite Sol Lewitt pieces, Variations of Incomplete Open Cubes 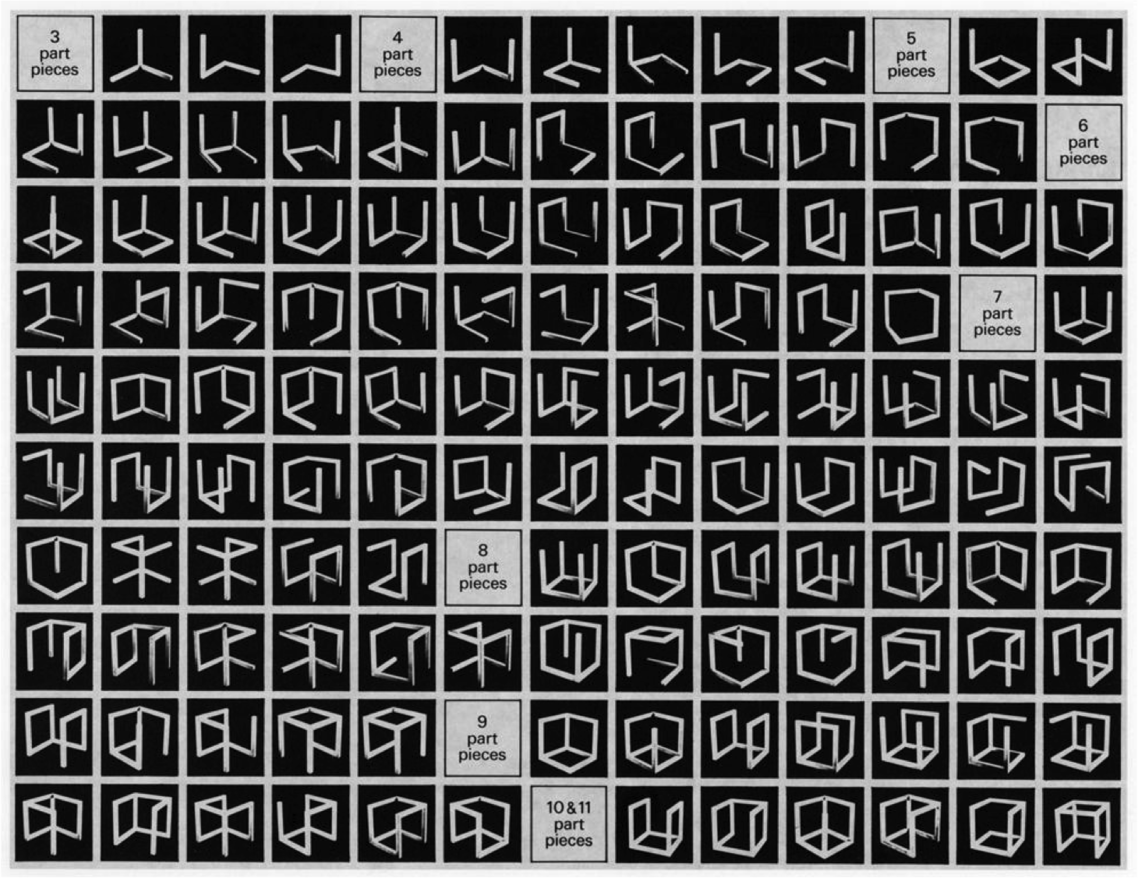 Yes, I think you could easily out Lewitt him with some well written code.
Now you just need a laser powerful enough to draw on the walls!

These are really awesome.

Would love to see the pencil holder version photographed on a black background lit with color.

Between this and the upload of @Kiko’s Legends of Wresting, we get that it looks better live. I haven’t been disappointed once when I see a better picture of something that is done on the Glowforge. You don’t need a staff photographer, but size perspective (rulers or other familiar items) help give a sense of what is possible. The more exemplars and details I see, the more I can learn and plan. Like @Tony’s leather watch-band from last week. Your leather wallet story and your leather bag story were essential narratives for me in my purchasing decision. I know I’m verging on having a Glowforge addiction here, but a few process details can help. I’ll keep trying to post what I come up with here. Glad @Kiko detailed his steps a bit so that the image capture facility makes sense. Keep it up.

Looks like it’s just calling out for some edge lighting

Maybe some adustable RGB lights that you could control. Light them in sequence with music like a level meter perhaps?

Audio would be an interesting input for a laser design, too. There’s a bunch of cool projects out there putting waveforms into rings, necklaces, and other jewelry: 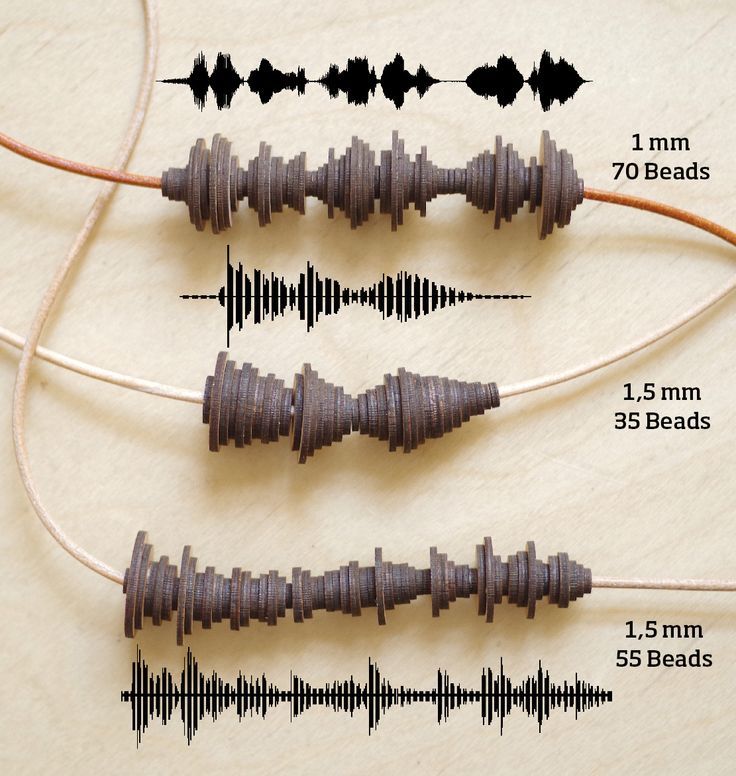 I have seen this idea before. Someone carved the vocal track of himself saying “I love you” into the engraving of his wife’s wedding band. As a necklace it is certainly interesting, though I would be more inclined to run with beads than slices.

That makes perfect sense. Kevin, we’ve got some super durable laminated veneer in back that would be perfect for this if you wanted to crank up the resolution by using thinner slices - remind me to show you where it is.

Those are very cool, but why limit yourself to those simple little rings when you have a fricken LASER!
How about stacked polar coordinate plots like: 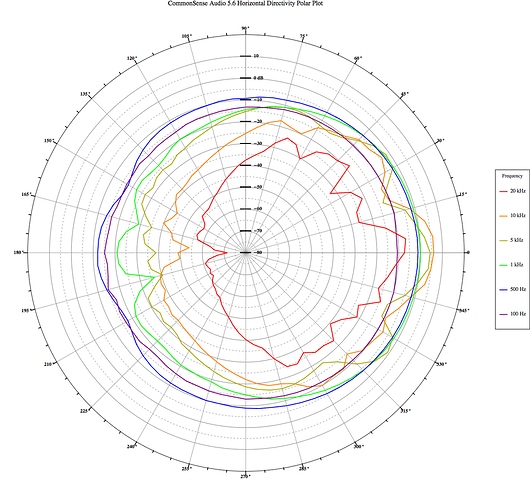 Are we getting into Chaos Theory now?

Could you use the gf to create a working wooden record?