All Out of Ideas

This is totally not Glowforge related; I am running out of ideas on how to resolve a situation and wanted to see if anyone knows anything that might help.

Since the beginning of May I have been experiencing a low-frequency throb in my condo. It took about three weeks, but I was able to trace it to the attic of the condo next door to mine. My neighbor cooperated for a few minutes and turned off his AC unit when I asked. The noise stopped. It started again when he turned the system back on. I have spectrographs showing the noise stopping and starting again. I told him what is going on and a couple of weeks later he said he had a tech check it but couldn’t find anything wrong. Later evidence points to this likely being false. After that point he has refused to do anything else and stopped communication with me.
My instruments show the air handler produces vibration in the building oscillating between 18 Hz and 21 Hz and creates a noise equivalent to 74 dB SPL in my bedroom on the main floor and 78 dB SPL in my office, which is in the loft near the attic.
Noise Comparisons gives some comparison of sound energy levels.
The noise creates a pressure feeling similar to if you roll down the windows in the car in the highway, that pulsing, throbbing feeling. It’s a little less pronounced than a car, but that’s a pretty good parallel. It is bad enough that sitting in my office for 20-30 minutes results in ear pain. My time to fall asleep has gone from an average of 30 minutes to an average of almost an hour. My sleep trackers have recorded a 50% drop in REM and deep sleep.
I have:

I have had to move my bed out into my living room to get away from it. While my neighbor’s AC is running I can use about 1/2 of my condo comfortably.

If anyone has any ideas, please let me know. I am located in Tempe, AZ.

One issue is that the city noise ordinance is written to specifically exclude AC units in good operating condition, so AC units are handled on a case-by-case basis and are subject to the judgement of the code enforcement inspectors.

My research shows that the WHO and several European countries recommend that noise in this frequency range be kept under 35 dBC, or about 1/4 of what I am experiencing, to avoid sleep disturbance. I would be happy with getting it down to 55 dB SPL.

Well that blows, I’d talk to another, then another lawyer until one is interested. The neighbor probably has a low sensitivity and thus thinks you are off your nut. As much as I’d hate to be that person, something has to give and even a registered letter of intent to sue could be enough to get their attention and back to talking about it.

With the frequency of use in AZ, I’m surprised that system is still working. Around here in Colorado, my neighbors seem to hit the replacement wall around 25 years. Sorry Ben, good luck.

Thanks. I had the same system until December. It was a Carrier and it was bulletproof. There are multiple units still running in this complex. They are horribly inefficient but until they fail catastrophically they can generally be repaired pretty easily. I replaced mine because it started leaking refrigerant and the old stuff is $400 a pound. My power use dropped 56% after the new unit got installed.

My power use dropped 56% after the new unit got installed.

Wow! That kind of savings would prompt me to replace it.

Have you considered moving?

I’m not joking. The incessant noise from the TV my ex had blaring all day long was a significant factor in me getting a divorce and buying my own place.

I am considering it. This area has a hyper inflated real estate market so it will be difficult. The only way I can think that I could manage to move is to sell my place and rent for a while until I can get into a place that I can afford. That may be my only path.

This is on the malicious side - but there’s nothing like forced empathy. Is there something you could annoy the neighbor with when he’s running the ac like a big subwoofer you can put against a shared wall? It’s possible that the annoying sound somehow gets into your unit and less so in his so he doesn’t get how obstusive it is.

More seriously tho - does the $$ saving of a new unit vs replacement make enough sense you can get through to him that way? Not that it should be your responsibility at all, but perhaps offering to split the repair costs might sway him to at least talk - less costly than moving.

35 year old unit probably has multiple easily accessed and hard-to-detect-any-tampering failure points… it’d be a shame if one of them finally kicked the bucket.

For real though, I don’t get why the neighbor won’t do a vibration damping option… seems like a simple rubber pad might solve all of the problems.

I have been trying to think of a way to do something like this that doesn’t annoy the other two neighbors. Or at least the one who is nice. The only thing I have come up with is not oiling my door hinges so they squeak like a stuck pig. Not effective so far.

One challenge is that our units are well sound insulated. I can’t hear my neighbors unless they are pounding on the walls.

I offered to pay for the dampers. He accused me of wanting to sabotage his unit.

Low frequency always travels farthest, someone playing their car radio at ten on the Richter scale 5 miles away you will hear only the the low frequency drum beats. And yes, you will feel them sometimes more than hear them.

The only time I lived in a building like that the woman next door had the worst taste in men I have ever known, and what must have been a giant ancient bed that hit the adjoining wall every time someone moved on it. The men were almost universally arrogant and violent and got complaints from all sides when the music was very loud as well. In a few weeks the annoyances would calm a bit and she would dump them and start the process all over. Eventually I rented a house about a block away and I still knew every time she found a new boyfriend but I was far enough away.

If you own the place perhaps it could be rented out and an extended camping trip could allow for more sleep, especially as we are passing the worst of the weather there. I had a campervan that I would take a job in Jacksonville or the Cape and only come home on weekends. It is even possible that a used motorhome could have your Glowforge still operating as has been demonstrated here.

If his AC is vibrating that much it will be very hard on the mechanism and perhaps it will die completely by next summer.

Do either of them get the annoying sound, too?
Could you guys band together?
Super low frequency, thumping base can travel further than most. The brown note is a myth but low frequency tones that cause uneasiness in some people have been documented.

One neighbor hears it but it doesn’t bother him. The other doesn’t hear it at all. They don’t want to get involved. One of them is on the HOA Board and didn’t even see why it was an issue for me.

So I am pretty much on my own here.

Sounds like the thing to do is kill them with kindness. Maybe a peace offering to the neighbor (cookies? a beer? whatever floats their boat) and talk more about what “vibration damping” means to you. See if it takes some reassuring to get to a place where he won’t be concerned that you’re going to wreck anything?

Litigiousness might work but it’s a bell that can’t be unrung and is expensive to boot.

It sucks to have to be the grown up, but it might be the only way you’ll get any relief. You guys are neighbors, you shouldn’t burn the bridge lightly. It could be years of awkwardness, nobody wants that.

I had a feeling of deja vu reading this post. Did you happen to share this somewhere on Reddit a few months ago? Maybe one of the HOA subreddits?

I’ll say it would be worth the effort. Get a dog. 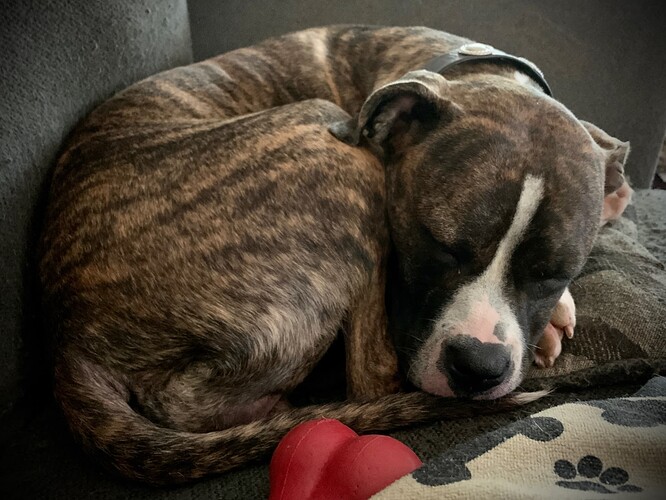 He won’t talk to me, has told me not to contact him ever again, and when we have to pass each other in the stairwell or in the sidewalk he glares daggers.

According to what he has said to me and the HOA manager:
I am complaining just to complain and make his life hard.
I am solely responsible for getting people evicted.
I am a jerk for asking him to stop remodeling work at midnight, and for asking the downstairs neighbor to stop jackhammering their floor at 9 PM.
I purposefully am driving down the value of his unit by marking up and punching holes in the walls of the shared stairwell.
I should just let the guy on the other end of the building blast music all night long.
I should let him leave the door into his garage open all summer so the stairwell heats up and his nasty stinky car exhaust can be enjoyed by all.
I should pay to repair the holes in his ceiling that the plumbers made looking for water leaks. I did pay to repair the drywall damaged from the leak from my unit. The other holes aren’t from leaks from my unit so I didn’t pay for them.

So I think the peace ship and well and truly been sunk.

The neighbor on the board is a vicious, stupid woman with a massive boxer who loves to bark and lunge at anyone they run into on the property. Her son who was doing the remodeling is a person of interest to the police and parks in the fire lane for hours if it’s more convenient.

Moving is looking more appealing by the day.