Is there something wrong with app.glowforge.com today?

It seems to have a hard time loading and when it does it is buggy…for example, I’m stuck at “scanning your material” right now for no apparent reason.

It’s the same for me. Wouldn’t load for a minute or two. When it did load, it was a bit laggy, and would intermittently disappear.

Google Cloud is having an outage that’s affecting us - we’re investigating right now.

It would be super awesome if the UI gave some kind of indication that there is a problem, or what kind of problem is happening. It seems like it could easily tell me there is a problem unrelated to what I’m trying to do.

Google Cloud is having an outage that’s affecting us - we’re investigating right now.

Information like that should, IMHO, be announced on the App site. Heck, you’ve got all that wasted space on the right now, so…

Also, such an announcement should also be in the… wait for it… Announcements section? 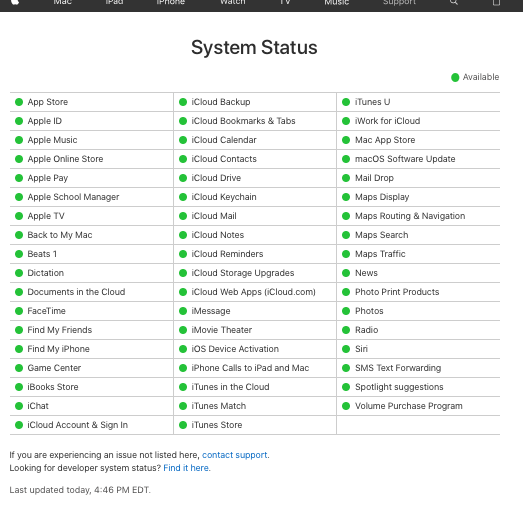 Not the first time this has come up.

Hi @dan Services sometimes go offline. When this happens, users like to know that the issue has been detected and that engineers are working to resolve the problem. Does Glowforge have a status website? I’m thinking of something like http://status.aws.amazon.com This question was inspired by the following thread: -Jamie

As a simple, external solution to getting word out about things like this, you could make use of twitter (@GlowforgeStatus or something similar) and then embed the timeline in a panel within the GUI (and on a status page on the main website) which gives active users in the app, visitors to the site and people that follow the account immediate updates. Of course a native little API that lets you push announcements would look best, but if you use the same cloud service to host the app and the announcements, well, that doesn’t work great when there is a problem.

I don’t think word needs to “get out.” It’s only relevant in the moment. If I’m not about to cut something I’d only have a cursory interest. It’d only really mean something to me when I open the app page. But I also think it makes sense to have that status reflected here in these forums somewhere. It really serves everybody that way. Anybody who’d care would know what’s happening, and it’d save hundreds of posts/e-mails asking what’s wrong.

In the meantime you could check status.cloud.google.com if you see any GF app issues, and if there’s an outage there you might assume that’s the cause. Of course, GCP outages are quite rare…

@dan Have a look at https://status.io

Thank you everyone for the great suggestions! I’ll pass them along.

The Google Cloud outage has been marked as resolved and app.glowforge.com should be up and running again for more amazing prints.

I’m going to close this thread - if the problem reoccurs, go ahead and post a new topic. Thank again!