I thought I would take another design catalog project out for a spin… One of the game designs is a marble-weighted d6… well by now you should know me and dice… I had to give it a shot! 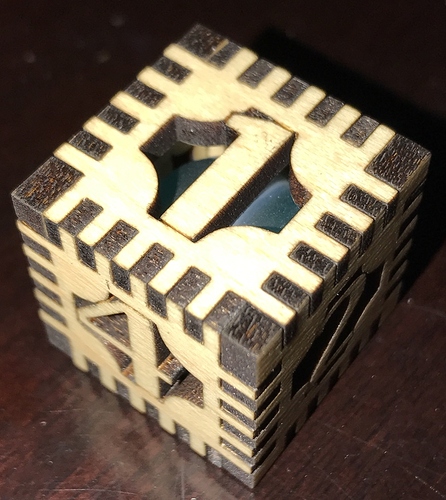 But you can’t have just one die! You need a whole Yahtzee set!!! 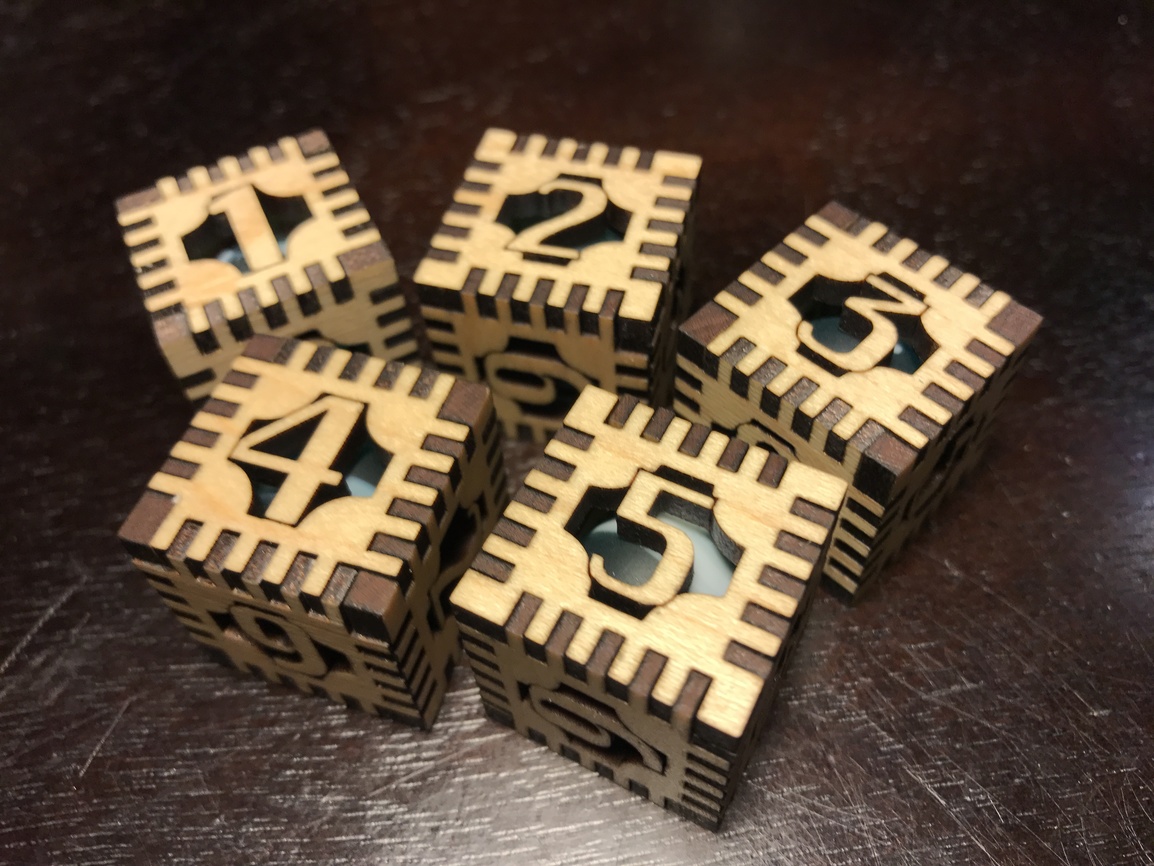 Once again these were super simple to make. This is maple hardwood, just drop it in the forge, load up the design, and press the button. Description calls for glue, but so far slip fit seems to be doing just fine. I’ll probably glue them up later anyway.

As far as dice go, they are not very “rollable”, and now that i think of it, that may be due to the weight of the marble as the die doesn’t bounce it thuds onto the table.

Fascinating! Wonder how they do in a dice tower?

they are not very “rollable”

You could possibly solve that by cutting those corners 45 degrees. It’s then no longer a cube but it could be interesting… the marble will also be more visible.

Nice dice project. Great to hear that you have access to the design catalogue with a large number of designs, not just the initial dozen designs that seemed to be originally available.

Those look great, I may have to make a set just to have them.

If it hits just right one will go through my dice tower. But the typical situation is it gets wedged in… but my dice tower is small.

I’m not sure of scale, but maybe take a small round over bit with a bearing and hit the edges. If really small, I’m sure a sanding block would work. Possibly a concave block with a glued on piece of sand paper.

i’d maybe put something inside that doesn’t move around as much? presumably the marble is for weight as much as anything else, but as it moves around inside it’ll sap some motion away.

I think I’ll be gluing these and when I do, maybe ill hit them with the router… small though, might have to make a jig for that. The marble doesn’t move inside, the sides/joints are sized perfectly… though there are different-sized marbles so I’m glad I bought the right size.

Those are really cool looking…love the designs and the cutouts!

I always enjoy your projects. Keep us updated on how you modify them in the future.

I would say rounding the corners will go the longest way toward making them capable of rolling properly. A curve on each edge wouldn’t hurt, but the sharp corners are your main stopping force right now.

It may be possible to modify the original file slightly to place “inverted cubes” in each corner so they work better without any need to finish. Just remove half of the “wing” which makes each corner and you are there.

Nice job on those !! What are the dimensions (are they “dice sized” or larger?). You could also fill em with these: 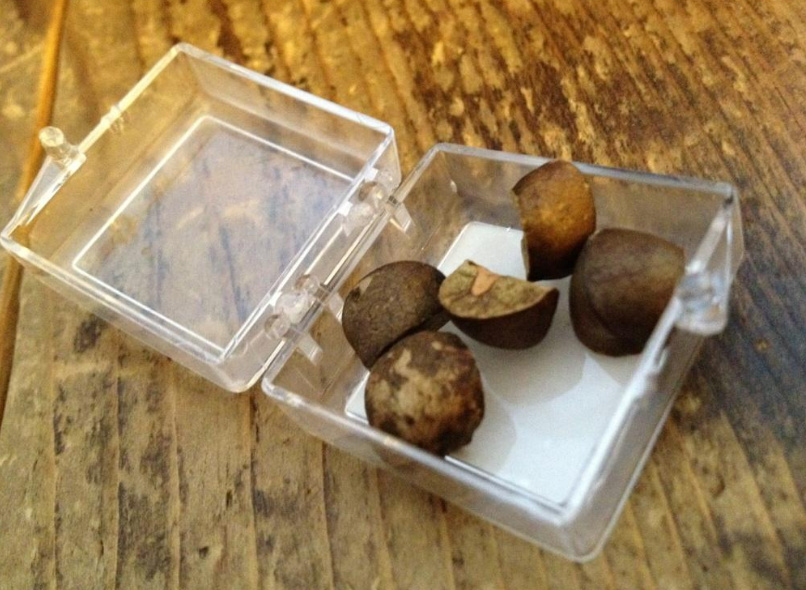 I would agree that the best method for them to roll better would be to accurately round your edges. A proper router bit will do them good.

They are 6mm (two thicknesses of the wood) plus the diameter of a small marble. They are definitely bigger than a standard 16mm or 18mm d6. In fact, since these get stuck in my dice tower, they are bigger than King of Tokyo dice as well, so that puts them in the probably 22-24mm range I think. I can measure them when I get home.

So question on this type of edge design… It seems like all laser cut boxes are made of as many joints as possible. Is this an aesthetic choice, or is there something about laser cut boxes that require this?

I can’t think of any reason it’s not just aesthetic.

More fingers equals more surface area and a stronger joint. But in something like this it is more likely just aesthetic