I have a couple of projects in mind where I want to conform some text to a curved shape. Not text that flows along a path, but text whose normally rectangular bounds are curved — some letters get taller or shorter, and their shapes follow the curved edge. (For example, the Netflix logo with its concave curve on the bottom.)

I know of some tools where you can apply this sort of transformation to any path, and it’s called something like Envelope Distort or Bezier Envelope. I don’t have (or particularly want) Adobe Illustrator, though, so I’m looking for an alternative (on Mac or iPad). 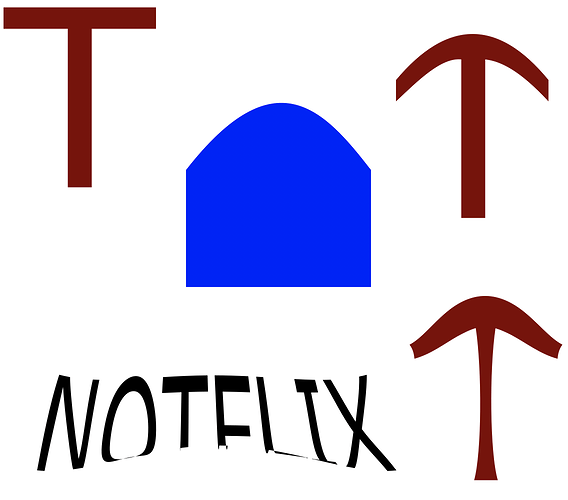 Anyone found a good alternative for this kind of thing?

Interesting, but not surprising. I tried the T and it came out like yours (on the right) but if I turned off the left and right bends, it was different, but the vertical was deformed.

The netflix one came out as I would expect (2nd down) but when I turned off left and right bends, it deformed the N and X. 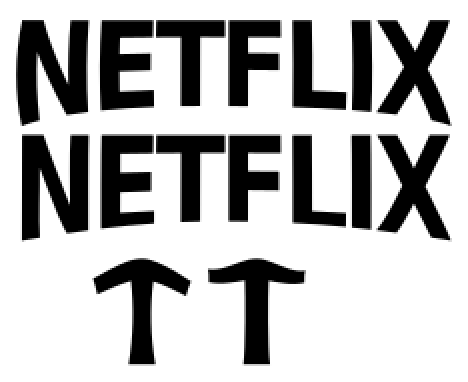 I don’t know if this is what you are looking for but here is another way to distort text in Inkscape without a plugin.

You might post this on the Affinity Designer support forum. I can do some of this in ADmon my iPad but I’ve not tried something multi warped.

I think I might need to use it as well. Although there is no ex…

I think a lot of us here are multiwarped.

Where’s @evansd2? I bet he’ll know if Inscape can multiwarp.

I haven’t ever tried it, but I doubt warping is how Netflix did it, that looks bespoke to me.

I mean on the surface of it, making a warped T should be pretty easy. 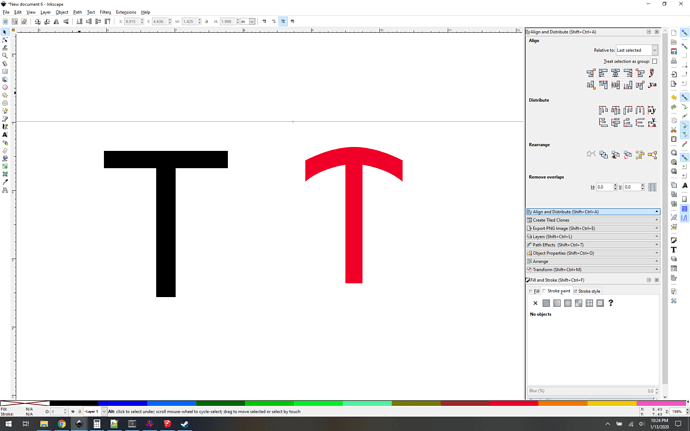 This took all of 3 minutes. If you need to do it a lot then yeah, I can see how you’d want some easier way to warp it, but as a one off, this was as simple as it gets using lines and stroke to path and whatnot.

You know what does have good mesh shearing? Gimp and photoshop. I might rasterize this text at huge resolution (like 600 dpi or more) and then go warp it in one of those, then get it back into Inkscape and trace it.

I also got bezier envelope to work just fine on inkscape 92x. It’s different from the live path effect… not perfect, but different. 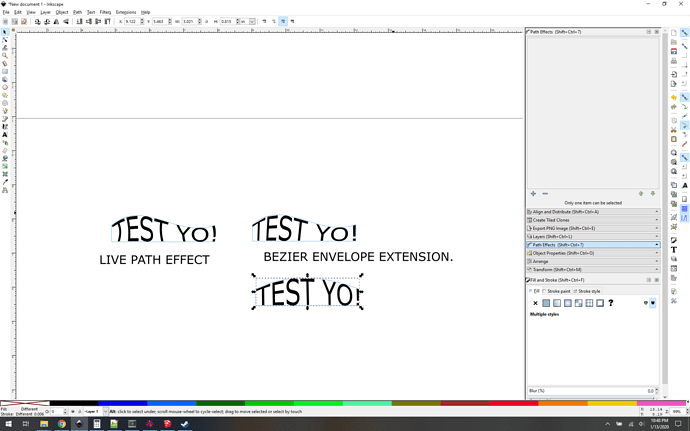 If you have a raster you can use IWarp in Gimp to get it as weird as you wish and then trace in Inkscape as you would care to do.