Thought something like these would be kind of cool to hide in the bushes and trees along the walkway this Halloween. 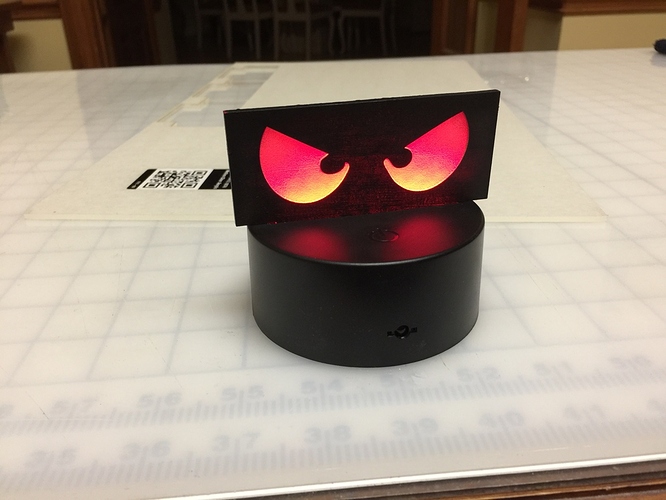 Only it didn’t work out quite the way I’d hoped…the lights were too bright for the small footprint of the shape, and all you could see was a rectangle of light until you got right up on it. 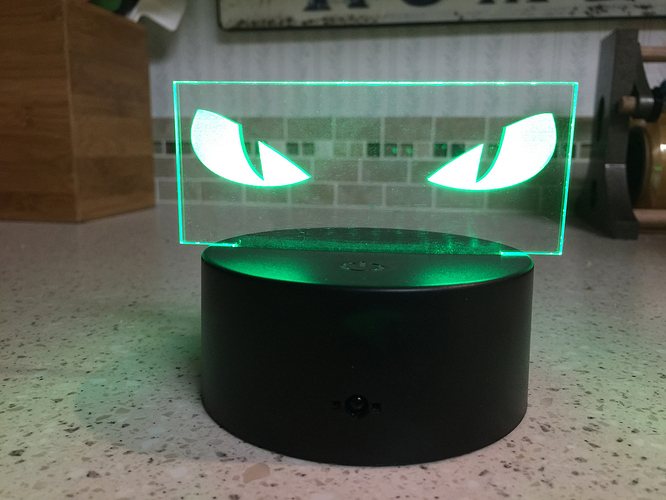 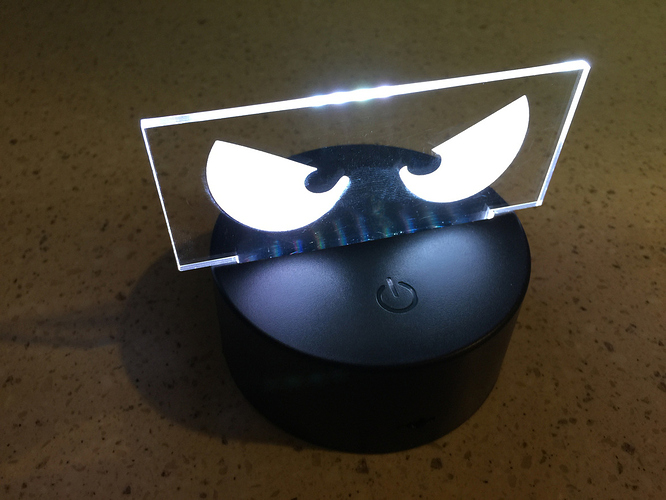 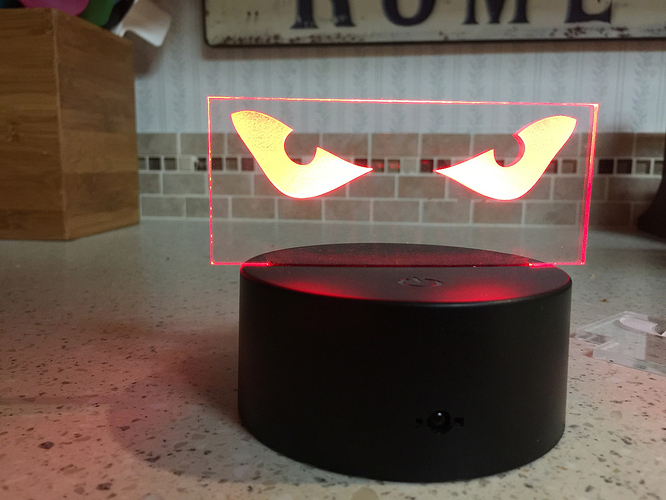 So I tried something else…quick coat of acrylic to the masking on the front, then engrave and cut. 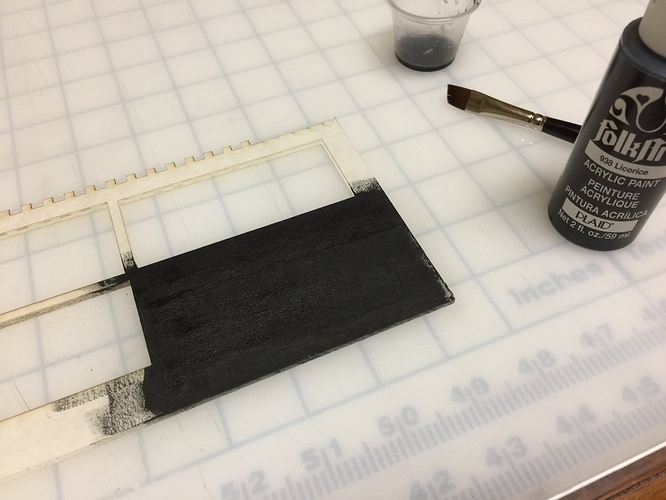 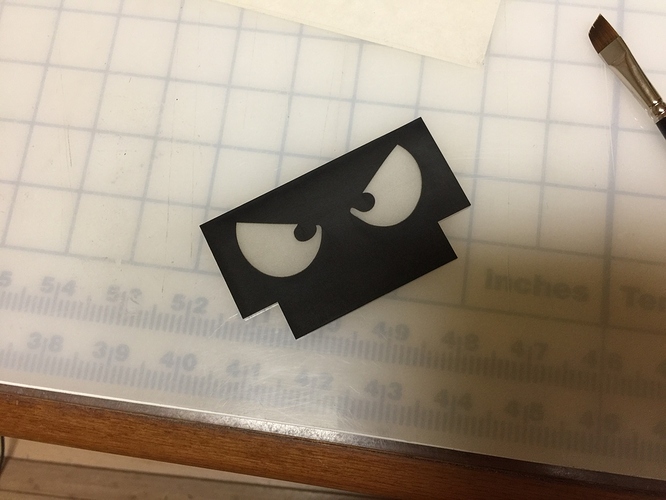 Didn’t paint the backside mask until I removed it from the machine, so I could get the edges and not have to deal with too high of a flame. (Painted black, it seems to do some boosting to the heat…had a bit more flame than usual on this one when it cut.)

This one works in a dark room - all you can see is the eyes shining out at you. (Probably add another coat of paint just to really make it opaque for the final version.)

Anyway, I’ll share the files for this one over in the Shared Files section - the base is the standard one everyone has been picking up from Amazon, and the eyes are interchangeable. 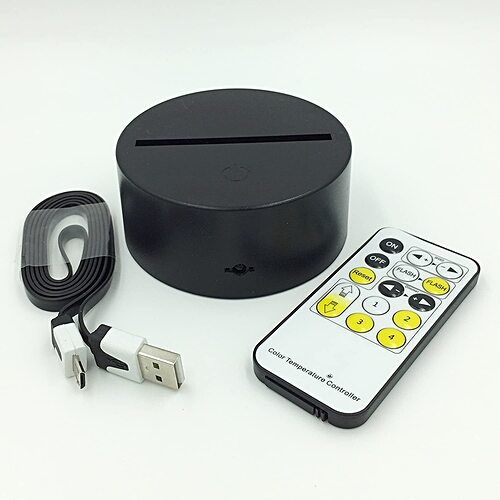 DIY Makers Only - If you use a CNC router or laser to create acrylic panels, this LED base is the perfect component for you! Save time while providing a professional, finished look for your "3D Illusion Lamp"...

Files for some scary eyes out of acrylic. (ClipXart source.) scary eyes.zip (1.4 KB)

Love the effect!
Ordered the 12 pack of bases

I need to get the 12 pack - I’ve only got two on hand, and it would be cool to have a lot of them. (They’ll break me on the batteries though.)

the lights were too bright for the small footprint of the shape, and all you could see was a rectangle of light until you got right up on it.

I’ll try that! Would be a lot easier than painting.

I need to get the 12 pack - I’ve only got two on hand, and it would be cool to have a lot of them. (They’ll break me on the batteries though.)

Go with rechargeables. You can use them for other things off season. When looking for batteries get the ones that are labeled as pre-charged. They have a different chemistry and last much longer. The older chemistry can self discharge 30% a month just sitting on a shelf.

I learned this from a photographer friend and they do make a huge difference. In power hungry speed lights you get better performance for the same stated rating. He suggested the AC Deleco batteries after testing several brands. I’ve used them extensively and they have not let me down. 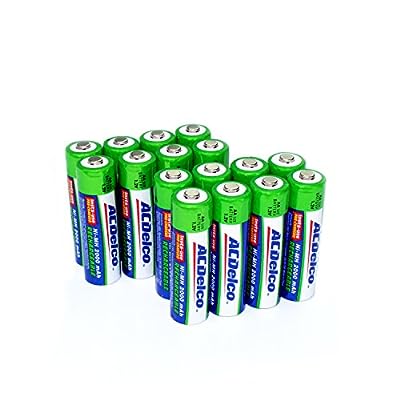 ACDelco Nickel Metal Hydride (Ni-MH) Insta-Use Rechargeable Batteries allow the consumer to use the battery right out of the package without having to charge first. These batteries can be recharged hu ...

What a super cute idea! I’ve done the lights-in-the-bushes thing by stuffing an LED votive into a toilet paper roll with eyes cut out of it, but my eyes didn’t really show up–they were too small. This idea is a huge step up!

You do have a point.

Friend did something similar but lower tech. He wanted spooky eyes so I rigged some small neon lights behind some cutting goggle and he put them into a cigar box and hid it under the bushes by the porch.
When kids approached the porch he would pull the sting and open the box a little.

He reported they were a success, so I imagine you will also get some enjoyment. With a remote on/off you can maybe put them up in a tree or in a high dark corner and turn them on as the children leave. Shock effect and hard enough to reach to keep them around.

Neat idea! Masking for specific reveal had never occurred to me.

I’ve been wondering if flame-polishing the (visible) cut edges will eliminate the light refracting there. Don’t have the right kind of torch though

This is awesome. Terrifying, but awesome.

Very nice!!! Now if I can stop myself from eating all the Halloween Chocolates and start making one…

Nice! I was wondering, though, if these bases would work with round pieces of acrylic?

Sure, you just extend a little acrylic rectangle down. (Round shape with a rectangle welded to the bottom.) The top part that extends above the base can be any shape…even the Death Star if you’re so inclined.