OK. I had to try it, but it still needs refining and testing. I know you guys will pick up where I left off!

I read about people using Ceramark and the like (and how expensive it is) to etch steel. I also saw the people joking about mustard and the youtube video of him doing it. I had to try it… and it worked!

I dabbed mustard (plain ole yellow) and also soaked a cheap paper towel in cleaning strength white vinegar since I assumed that is what is creating the reaction in mustard to start with and it seems I was correct.

I apologize for the horrible pictures, but I hadn’t planned on making a post about it but wanted to share. The first REALLY dark letters were my first pass that was too strong. I did 2 passes since this did NOTHING on some metal sheeting I had I will assume is aluminum… and there is no need to do 2 on stainless steel as it is too much.

EDIT: Because I can’t leave anything alone even when I should be doing something else… I found the best settings for me. The result is in the last picture I added after my initial post.

FULL POWER: 250 SPEED: 340LPI (I bumped up the speed AND LPI) I think the LPI made a big difference on the brushed stainless. It may not be as necessary on chrome like metals. 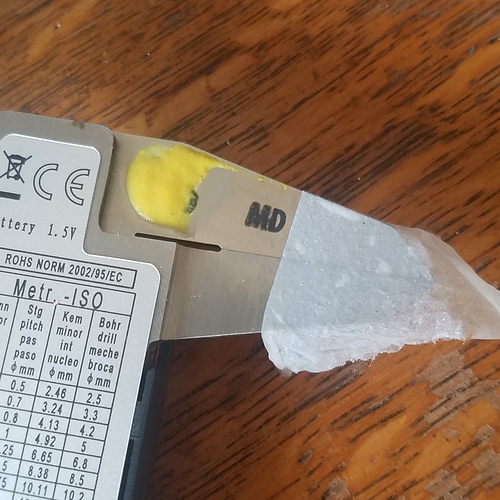 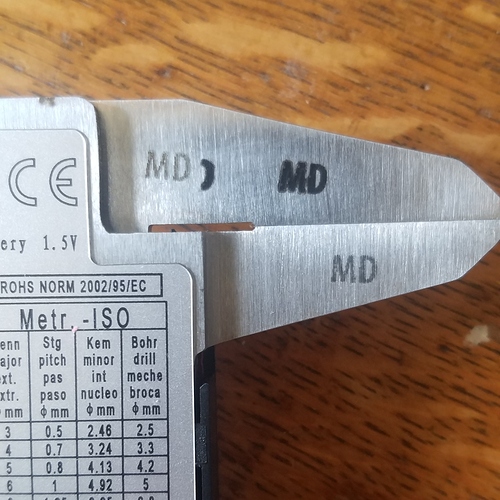 20180111_123729.jpg1000×1000 591 KB
After being totally cleaned none of the black ever rubbed off. Its the metal. It is etching it away as well… the overly burned ones have quite the indent. lol The other lighter ones have very little. The vinegar towel did come out slightly darker, but I don’t think the quality itself is any different. 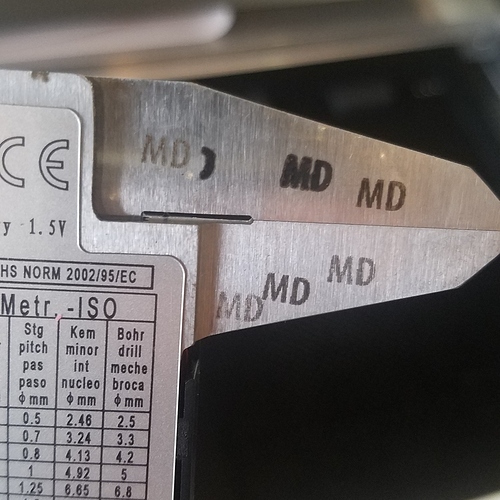 20180111_133756.jpg1000×1000 559 KB
This was my “I can’t leave it alone until I figure it out” trial on just the vinegar. The MD on the bottom jaw in the center is with the settings that I gave using a super wet (not dripping obviously) towel bit. and the one to the left of it was using a really wrung out piece. Obviously, the more acid the better.

Oh the possibilities and the best part is that it is FREE! Can’t wait to see what you guys figure out!

Do a search on the forums for mustard and there should be more information.

I remember a thread about mustard experiments. But I also remember vinegar being tried and more or less failing. Maybe because a paper towel wasn’t used?? Or because my memory is finally failing and I need to be placed in a quiet corner? Great results!

I already read the couple on the forum. This adds to the conversation as only a couple of people tried it. You can do dark in one pass i would bet if you slowed it down to 100…

No one put a vinegar soaked paper towel on it. Worked slightly better than the mustard. Would love to see some experiments

If vinegar worked, I’d try a lemon juice soaked paper towel. (Might be a fun experiment, but I’m in the middle of another project.)

For sure! I am a vinegar junkie so the types I have are endless.

What about just vinegar? Maybe we are looking in the wrong place.

I just found this. I don’t know if anything here applies to mustard but it has a lot of information, and links. I haven’t had a chance to read it all yet.

How to Laser Mark Stainless Steel

Learn how to laser mark stainless steel in this post.

awesome. will bookmark it!

No the Jimani article.

(I’d still try the lemon juice with these.)

I just ran into the page, hadn’t read through it yet. In any case it may provide some clues.

Have you tried perhaps a balsamic gastrique or a nice mignonette sauce?

This thread is making me hungry.

Makes me wonder how your technique would work on aluminum foil. Foil is of course also super cheap.

I put Sweet Baby Ray’s on everything… I wonder?

Naw, not going to waste the Ray’s, will stay with mustard when it is time.

FREE? Where is the free mustard and vinegar? I’m hungry. (Seriously though, great test!)

I love these treasure hunts! Nice detective work there.

(scampers off to find a scrap of stainless)