Can I cut carbon fiber?

We’ve found some suppliers who think that we can collaborate to do a special formulation + customized cut settings to make laser-cuttable carbon fiber - but it’s going to take some work!

I know you guys are super busy getting ready to ship… just curious if you had any new info. on this subject… thanks!

Not yet, but it’s still on our long term todo.

I am also very curious about this topic. Cutting flat carbon fiber sheets would greatly improve my operation. If this never happens, does anyone know of some other cuttable very strong, not easily cracked or broken but lightweight materials? I think there are definitely some useable acrylics that are strong, but my work gets very abused and thrown around outside every day. If anyone has any ideas I’d love to hear them!

Me, too.
I’m looking at cutting the ends of pre-made carbon fibre strip, and I’m aware that I could start with rovings, and choose a reinforcing resin suitable for lasering, but the question remains, how will the GF laser cope with the fibre itself ?
I can’t see any breakdown product - CO2 ? - being a problem, but what about the absorption of the IR by the carbon .
Is this a problem ?
Physicists please step forward

According to Wikipedia most carbon fibers consist mostly of carbon (>99%) with some impurities. If we assume the impurities are from the precursor polymer then it matters what the precursor is. It seems that halogenated products are not used as precursors, so it should be safe. The ease in cutting a material using a laser depends on the ability of the material to absorb the frequency of the radiation and on the material’s heat conductivity. Doing an internet search shows that carbon fiber requires way more than 45W from a CO2 laser in order to cut. So the GF laser cannot cope with cutting carbon fibers you can buy today. As Dan pointed out, for the GF to cut carbon fiber, it’s going to take a specially formulated carbon fiber. And of course in that case it will be laser safe.

I though I remembered someone here saying that cutting base carbon fiber fabric before putting resin on it was fine and easy, it was just after it was covered and cured that it was a no-go for a ~40w co2 laser. Can’t remember if that was hypothetical or from experience.

Doing a search here I didn’t find that. But I did find:

Carbon fiber sucks. Fiberglass (cured with resin) will etch but doesn't cut well. Fiberglass cloth was a fail the one time I tried it. Chocolate works though - if you don't overpower it, the chocolate tastes fine. Too much power/too slow and it tastes burned. Etching only.

I may very well have been remembering that post about fiberglass fabric, and not carbon fiber fabric. Darn.

Just saw a forum where one guy said you need a 400+watt co2 to get through carbon, and another guy said he does it with his 35w. Then they argued about the toxicity of burning pure carbon and I decided to stop reading.

Just curious, what kind of Carbon Fiber are we talking about?
Cloth (just the dry, porous fabric material, not ready for processing)
Prepreg (prepregnated with some kind of resin resin, ready for processing, still flexible)
Cloth and cured resin sheet (cloth saturated with Epoxy or polyester resin, processed rigid form)

The prepreg and cured sheet might not be a good idea or even possible with the power rating of even the Pro version of the Glowforge.

If it could be done, that would really awesome!! But, then my project list might become unwieldy.

Well, I have the carbon fibre strip waiting. All I need is a Glowforge to try it with.
I’m content to try, and will report in due course.
Thanks everyone for their input.
John

I was just referring to the cloth.

And I there is a video of a 100W laser cutting carbon fiber cloth.

We Need a Bigger Glowforge

It’s called a Lasersaur and it’s fully open source. Anyone can build it for ~$8000.

Would the same go for arrows/crossbow bolts? Trying to cut or engrave them would be a no go?

carbon arrows/bolts, based on the above info, will probably be a no-go.
Anodized aluminum or wood, though… engrave away!

Very interested in being able to do this for drone framing (for instance, I just made an adapter plate for a prop guard for an Intel drone… but had to laser cut using Delrin, which is heavier than I would like…). Assuming carbon-fibre reinforced plate cannot be cut, what would be a good lightweight alternative? Wood? 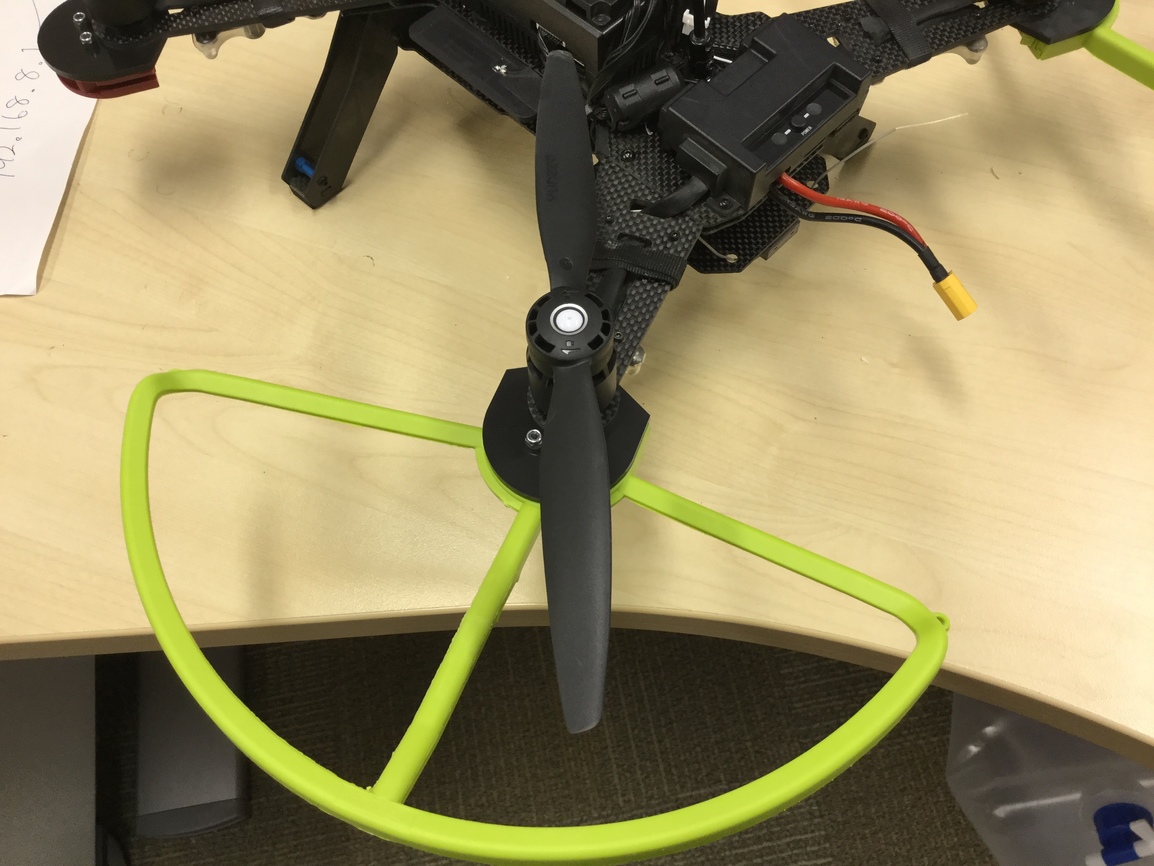 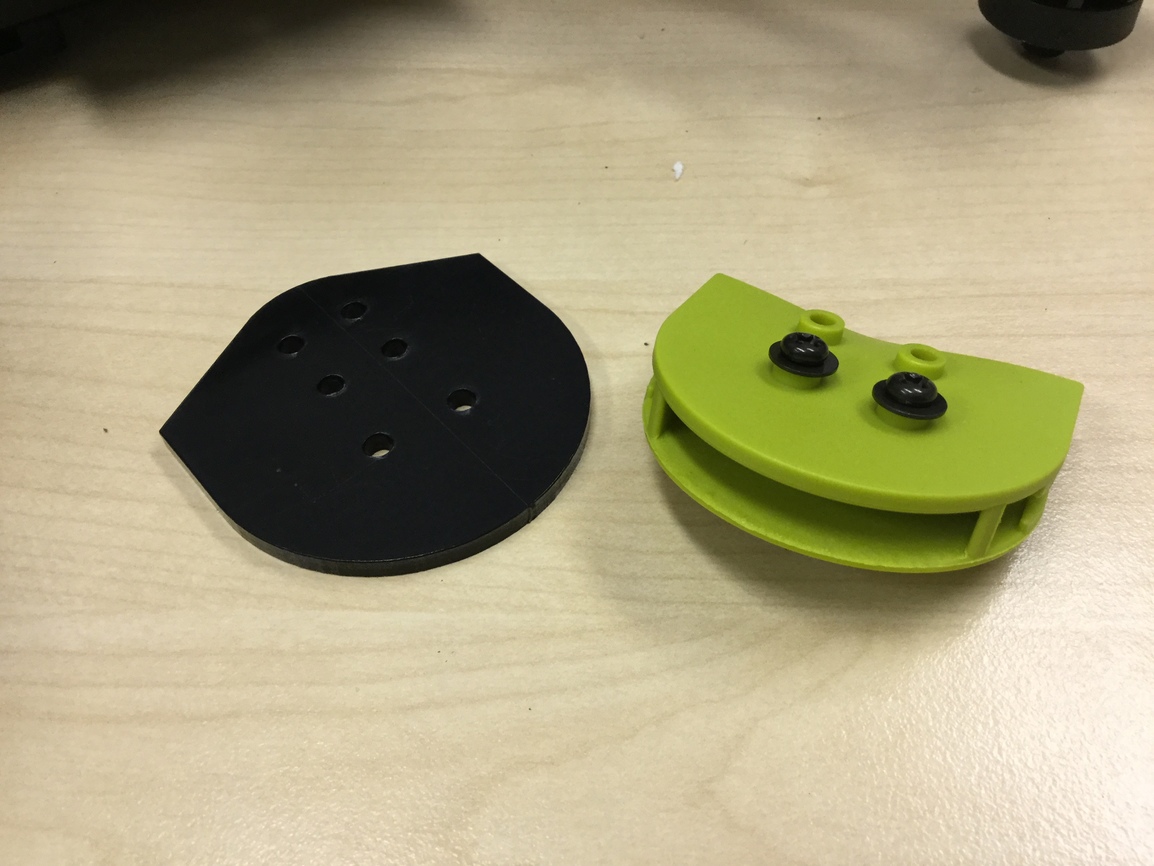 what would be a good lightweight alternative? Wood?

How about Acrylic. If left raw you’ll have the potential for crazing or other cracking under stress but if you anneal the acrylic after cutting that won’t happen (just pop it in the oven at 170F for 1 hr). The prop guards are pretty light and the moment of energy to the far point shouldn’t be enough to cause any serious strain on the part. My Phantom’s prop guard adapters are ABS I think (which is also an alternative if you have access to a 3D printer) and they’re holding up fine.

Wood is likely fine – It should be “strong enough”, and if it’s not, better to break it than something else. (I would bet the guards themselves go first though)

Any word on the ‘Proofgrade’ / Laser friendly Carbon fiber?

Did someone try Carbon fiber yet ?