Weeding it however… not so cool. lol

I have a pencil with a rubberized grip that works pretty well for removing that stuff from engravings as long as there arent any really deep finely detailed fragile pieces.

For some things I leave the masking on. It gives it some extra bright tonality that I actually like a lot. (like the zenyatta engrave).

forgot to put a cut around it so had to go back and do that later.

…and was that a hassle in any way, or was it a simple Drop-Aim-Fire?

no drag and drop, place on material, scale to the size you want and go.

the only pain point in this process right now(?) is cutting it out afterwards. You cant by default cut around something you just engraved unless you create a cut file in illustrator or some other vector program and import it. I cant see them not putting this in sometime in the future though. (hopefully with an option to extend the border out by a set distance)

So generally the way to go about it is to open said image in vector art program (AI, inkscape), create a new layer, draw a box with a stroke and no fill around the image, save as svg, then import that into the ui so it can cut and engrave.

I created a simple square that I can use for square cuts in some cases if I forget to do the whole illustrator import, make cut box, save thing.

I feel like this is a potential feature-creep zone, where it would be very nice to have a way to make a simple square or circle to cut around art that does not have an outline… but adding design/creation capabilities to the interface is a rabbit hole that we don’t want them going down right now.

Is resizing a design in the software supported at this point? If it is, keeping plain square and circle files handy is going to be a very simple work-around.

I feel like this is a potential feature-creep zone

Could be, but I feel it kinda falls into the ease of use promise they made. If the laser is to be easy, I think that should include being able to just drop a rectangular photo in and have it engrave and cut without having to take it into another piece of complicated software to essentially draw a border around something that already has a border defined by its document bounds.

The part about expanding the outline out a bit for some white space between the engrave and the border is definitely feature creep =). But would be awesome! … and save a ton of time. I think it would be worth it. Im sure itll make it in somewhere down the road.

Is resizing a design in the software supported at this point? If it is, keeping plain square and circle files handy is going to be a very simple work-around.

Yes it is, but alignment is still a work in progress and isnt reliable to get a perfect clean cut around a previously engraved image, unless you place it inside the bounds of the image you engrave, and even then still it might not be all inside. Had this issue on the piece I posted in this thread. Im sure this will see some increases in accuracy in time. Im hoping that some sort of 0,0 and numeric offsets will still be implemented, as this is really the only true way to get as close to 100% accuracy as possible. Eyeballing just doesnt cut it. Pardon the pun lol

You have to have them in the same file to get a perfect border cut, so thats the way I prefer to do it at this point, because im too much of a perfectionist haha.

already has a border defined by its document bounds

that, actually, sounds to me like it would be a relatively simple thing to incorporate. My plotter software lets me drop ‘weeding border’ cutlines around the edges of a design, and to specify how far from the design edges the cutlines should be.

that, actually, sounds to me like it would be a relatively simple thing to incorporate.

exactly! I hope to see this soon to save me from being so over-excitable I forget to be methodical lol. Its so easy to be ADD with the glowforge. 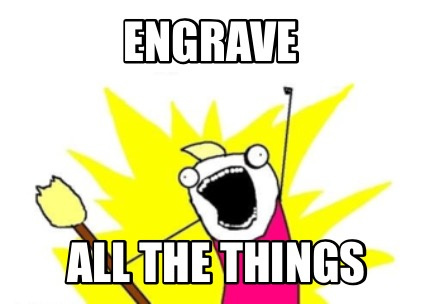 For some things I leave the masking on. It gives it some extra bright tonality that I actually like a lot.

Now that’s an interesting technique. Never thought to do that myself. Very cool.

Some more experimentation with Chaotica: 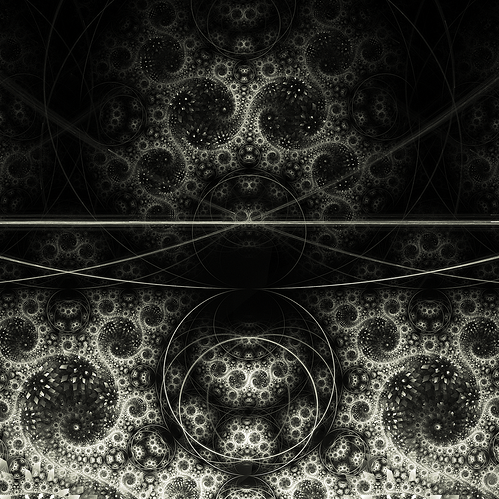 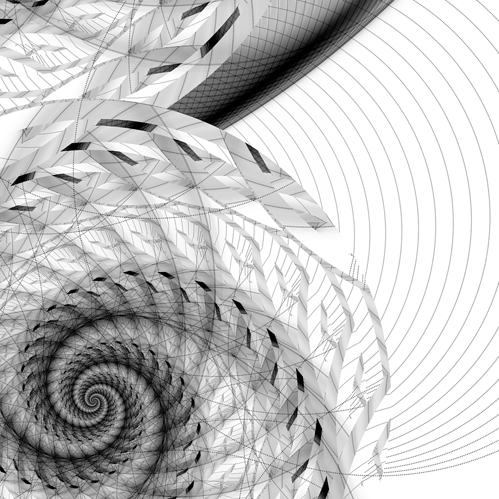 Ooooooo, fantastic!! I’ve got to try it!

oh man, that top one! can you make another one like that with less black? (like the piece I pasted in) If so Ill throw it on the forge!

Sure thing. I wish I could get you a higher res output, but the free version is limited.

I would really love to see that!

It looks like their site is down right now

I was going to try this out tonight

Here is one inverted just for fun:

I am really enjoying the software. Really you can’t screw up, every variable I change I say…“ooh, I like that!”.