We just ordered a glowforge basic and are eagerly awaiting its arrival. My daughter was watching the promotional video and it mentions doing chocolate. Can you use the same machine for both wood/acrylic/etc. as for food products like chocolate or macaroons or would you need two glowforge machines?

Congrats on your purchase, you guys are going to have a blast! Wood and acrylic can leave very nasty tasting residue in the machine and the only food I tried was gingerbread and it tasted horribly burned and nasty. Others have done things like marshmallows successfully though. I honestly don’t know technically how safe it is and how much actual cross-contamination there would be, but persoannly I wouldn’t allow kids to eat a lot of food done in a multi-use machine. That caution could be baseless though.

My two cents which could be entirely worthless… So take them with a grain of salt.

OBVIOUSLY the laser itself isn’t going to have any contaminates on it so that’s not a worry. So if there are any contaminates that would be getting on the food, it would come from the exhaust fan picking up and swirling around any material from previous cuts.

SO… I would say that as long as you clean the heck out of the machine before doing it… it should be fine.

Two cents from the peanut gallery… for what it’s worth.

the promotional video and it mentions doing chocolate. Can you use the same machine for both wood/acrylic/etc. as for food products like chocolate or macaroons or would you need two glowforge machines?

Chocolate molding update Made on a Glowforge

Well it’s the day before Thanksgiving, and it was time to pour those chocolate nameplate molds I had made in a prior post. Here are the updates: The set (they had just come out of the fridge, so there is condensation on them) [IMG_7823] Detail shot [IMG_7822] It is interesting that the Mayku can pick up the engraving lines on the mold (and that the chocolate can flow into them). All in All I am very happy.

Why risk chocolate when it is perfect to begin with? Some children I know enjoy making a quick stencil from construction paper and using it to “fancy up” cupcakes, brownies, cakes, etc. with confectionery sugar or icing.

Yes, but the marshmallows were not for consumption. They were the subject of a photo/video to submit to GISH. 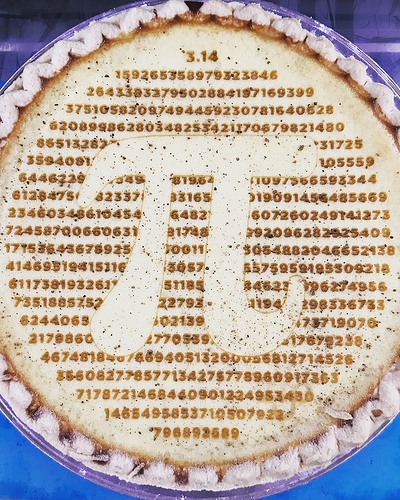 Not my image, but I have done this on my Glowforge, it came out awesomely. Tasted just fine.

Can you use the same machine for both wood/acrylic/etc. as for food products like chocolate

It is best to make things to use making foodstuffs, a Delrin sheet can be a good stencil for sprinkling chocolate or cinnamon on a pie or cake, or you can engrave a 3D design and roll out the piecrust on it making a reverse of that design raised on the pie, or make silicon rubber molds and fill them with chocolate to make as many as you wish, as one time with the Glowforge can make near infinite results.

Dan admitted that the chocolate used in the promotional video either wasn’t really chocolate or was modified somehow. I think they may have used Merkens or froze it??? If you want to make custom molds, you’d be better off getting a 3D printer, preferably a resin printer, to make the mold shapes and then figure out the best way to create a mold.

I lased potato wedges for steak fries and corn tortillas for chips before I did much lasing in mine. It was fun, but didn’t do much for the taste. Today, I wouldn’t put food in it.

Dan admitted that the chocolate used in the promotional video either wasn’t really chocolate or was modified somehow.

If I recall it was molded in reality. (e.g. the same process I mention above). A 3D printer is best if you want very 3D things (like taller than most material you can engrave in in the GF). If you want like the ones I did, with pretty tall letters worked perfectly.