How do I clean off the edges of my cut products? Everything I cut has black soot all around it and it smears all over my products. Thanks in advance

The first thing I do when I take a project out of the GF is run a shop paper towel (the blues ones you get at auto parts stores or Dollar General) around the edges. Works great, some times I’ll dampen them beforehand.

Several ways listed in a search. My favorite are the Fast Orange products. A gel dispenser (use with toothbrush on large areas) and even on wipes (good for those edges).
The mention of soot is a concern though. The ends wood cuts will be charred and dark looking, but not normally in a soot manner. You may be hitting those burns a tad hard or too slow - in effect almost igniting the wood.
Hard to tell without pictures. 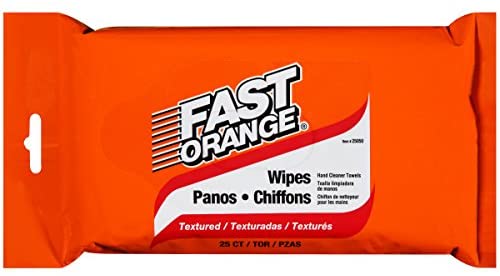 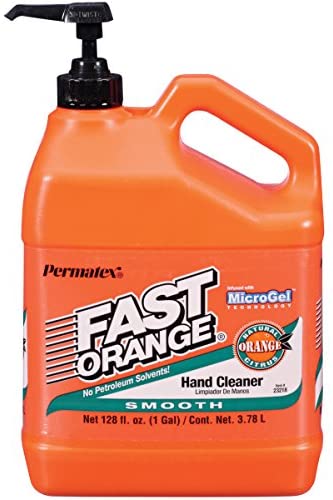 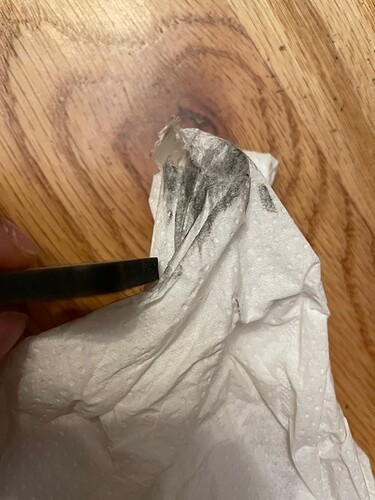 Fast Orange works as does Purell or other name brand hand sanitizer, Every material acts differently, many woods different on different places i the same piece of wood. If I really want even the scorched wood not to show I use bleach, but you don’t want to overdo it.

The 3 passes is what is causing the soot. You shouldn’t need that many passes for maple plywood, ever. Have you tried 135/full/1 pass? Try a slower speed instead of multiple passes.

Do a proper test:

I use baby wipes the ones that were a $1 package at Walmart but now they don’t have them anymore. They were called pure and gentle I think. They were great because they were made of something different and didn’t shred or leave any white debris behind like a paper towel can. I cut 1/4" Baltic Birchwood at full power 120 speed and ALWAYS have a tiny portion that doesn’t make it all the way through. I get a lot of soot until I wipe it off. My wood also does ignite sometimes while cutting. It would be amazing if I could cut through without the soot and flames but I have tried virtually everthing.

I had the same problem with chipboard…what worked really well was Gorilla tape. Pulls the char right off.

I use a smallish piece and roll it along the edge, then move in next to that and and roll it again. (It would depend on how much you have to clean, but it wasn’t bad for the thinner chipboard.)

You can also brush most of it off using a soft brush, but that REALLY makes a mess…might want to do it outside.