I’m no artist but I really enjoy pictures and prints with complex (“noisy”) elements. There’s an artist I see on Twitter sometimes that posts pictures of doodles from her notebook that are wonderfully busy.

I asked if it would be oK for me to play around with one of her pictures and was generously given permission. No plans to use it for anything, just wanted practice in Inkscape and experiment with how far cheap baltic birch can be pushed before it disintegrates.

Set up most of the picture as an engrave, but for some pieces I wanted to cut through. Cut tests first: 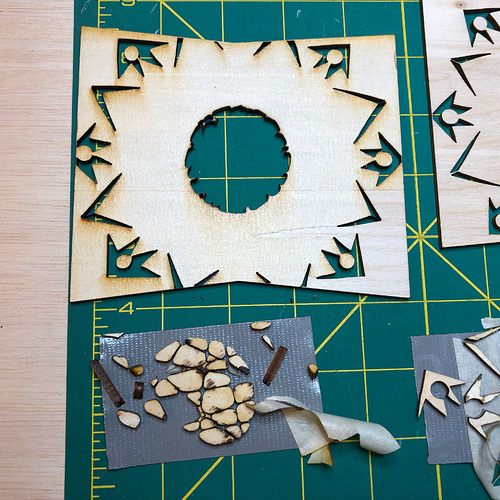 Did some editing in Inkscape (hadn’t played with insets much yet, so this was a good time) and tweaked the power down and tried again: 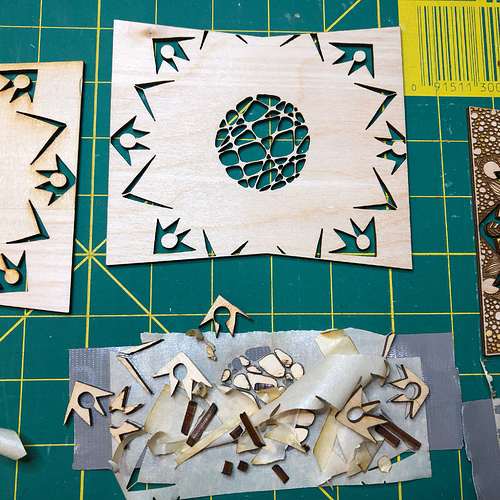 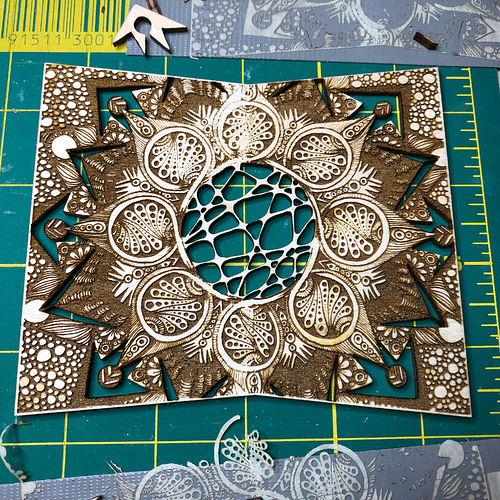 And yes, that center circle is so evocative of Dr. Strange’s window. LOVE IT.

So happy with the result! I pinged the artist just now; hope she likes it.

I think that the artist is going to LOVE it. It’s a really cool design. Even the masking stuck to the duct tape looks good.

Even the masking stuck to the duct tape looks good

I know Right??? Thats why I left them there, I hate to throw it away.

That is way more fun than painting decks. Hope she likes it!

So very cool of you to ask the artist for permission.

OK, awesome work with the laser and awesome work as a human being to ask. I imagine the artist is flattered and will be thrilled with the results.