So I’m experimenting with an inlaid corner design for a sort of frame. The result isn’t 100% there yet, I think I want to work on the kerf adjustment a bit, but overall I think it looks pretty cool.

The intent is to use exotic woods, but as a test I painted some Baltic for contrast. 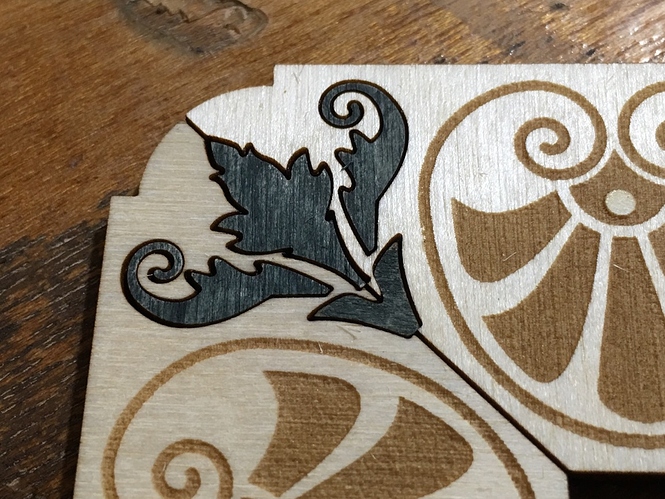 That turned out fairly nicely so I decided to try it in gold: 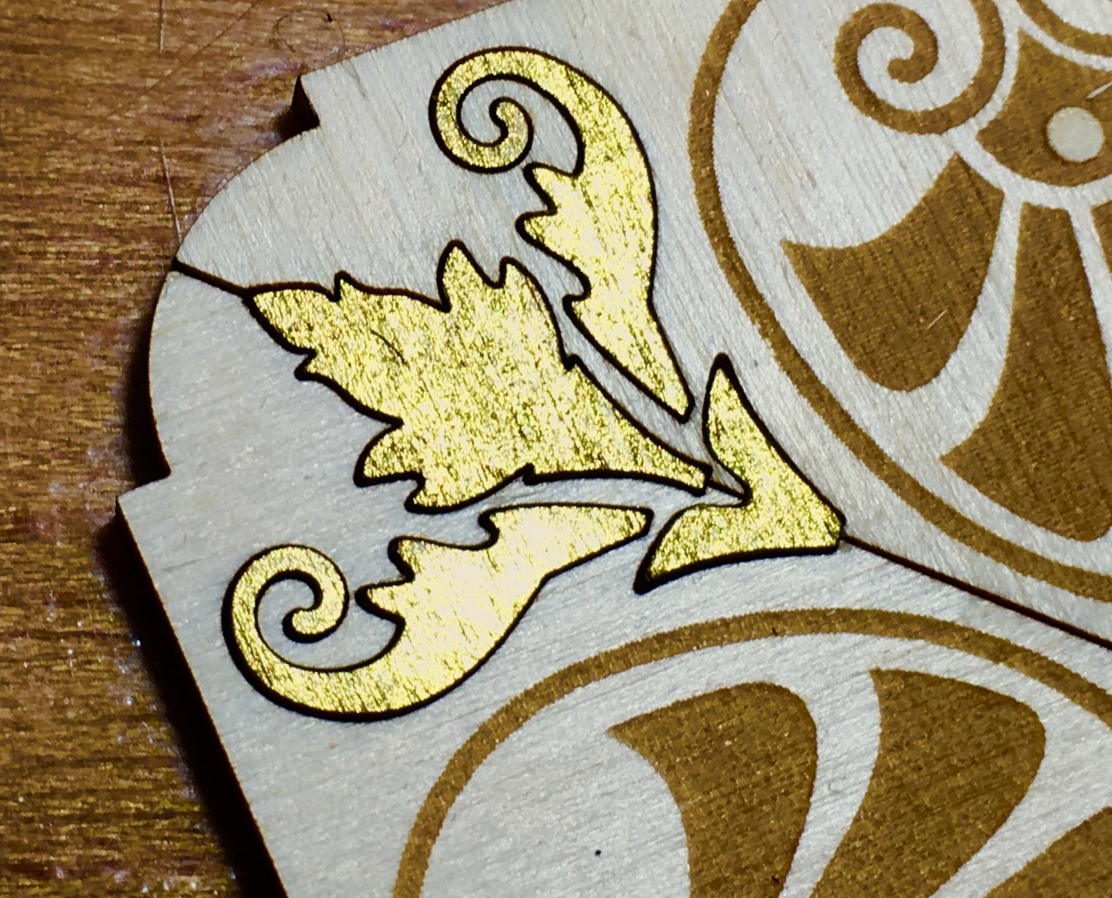 And now I’m torn. To go with the original idea of exotic woods, or painted? Hmm…

I’d personaly love to see this in exotics but beware, there will be some differance in the kerf so you may still need to futz with it some.

I think either would be beautiful, but I’m really digging the gold. It really fits with the art nouveau thing youve got going on.

Annoying side question, what gold paint did you use? Is it acrylic? I’ve messed around with gold ink and gold watercolor (just what I had on hand), but neither worked very well. Predictably, I suppose.

Love the idea of shaped corner connectors for frames…those are stunning. (And I’d love to see them in exotics, but I’m more of a “natural woods” as opposed to painted kind of person. The gold does look pretty sharp.)

Oh, lovely in both! Maybe you could customize the color to whatever is the subject being framed.

Yeah, for now I just wanted to see if anything would flat not work. I’m a bit concerned about one part being too thin so may adjust the design.

Also using hardwoods might get dicey because of stress across the grain causing cracks when assembling. We’ll see.

Are they for aesthetics or structural? Or both? I think if the shapes were connected you could use them to snap together the frame.

Aesthetics at this size. Entire thing will be glued to a backing layer. Hard to see scale exactly but the sides are an inch wide, so the floral pieces are pretty small. 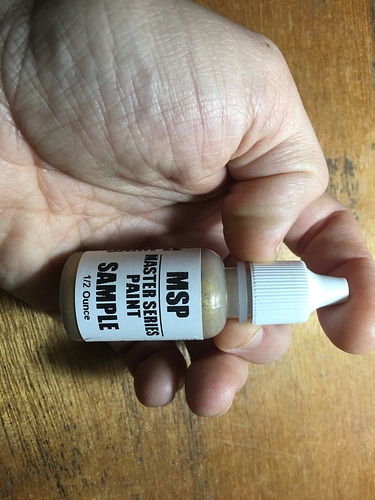 It’s a free sample of a reaper mini paint. 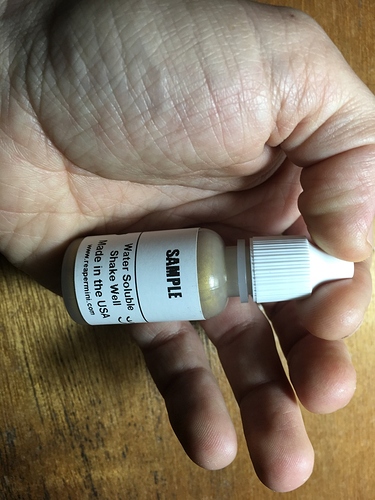 I’m pleasantly surprised at the coverage, it goes very gold in one coat.

Which of their dozen or so golds was that one ? Good colour.
Thanks,
John

No idea… good question! It was a free sample. The label has one mysterious code on it, 10A18… Let’s see.

The website isn’t very forthcoming, I can’t find a paint with that color code. I’ve sent them an email to see if they can identify it for me,

Well, dang. I will say that Reaper is very quick to respond, but unfortunately this was their response:

Sample paint is just that, a sample. It is not part of our regular line and has no number. They are often experiment or mistake colors we chose to share instead of throw away.

OMG that’s hilarious !
They send you a sample, but it might never be identified !

That matches my ‘best find’ today when shopping. I bought some ‘Wonky Grapes’, I kid you not.
Over here, some of the supermarkets have been making great thing of selling mis-shapen vegetables as ‘wonky’, like carrots, etc. , but grapes ?
OK, they’re smaller than usual, so out of their spec, but sweet and juicy so far.

Love the detail! If you made that corner detail all one piece, it could be used as a spline of sorts to hold the frame together.

Well, that was the intent, I thought the leaves would “bite” a bit more, but the little chevron V piece actually locks everything together pretty well.

That being said, this isn’t intended to be structural, so it’s not my primary concern. An idea for the next design perhaps.

I’m doing something similar with a narrow ‘rim’ for the front of a deep, box frame.
I’m using a double dovetail insert - imagine a butterfly, locking the two flat sections together, set in the corners.

If that is what I’m thinking of, it’s known as a bowtie spline and is commonly used to help prevent large splits from getting larger (often being used as part of the “design” of the piece).

(Great instructional on this spline from the Samauri Woodworker: http://samuraicarpenter.com/woodworking-diy-bow-tie-splines-live-edge-furniture/)

Enjoyed the video. Sneaky use of the curved end of his belt sander to sand the sides of his splines !
I assume that’s how he came up with his ‘style’ !

Is that similar to what you were describing? It seemed similar to me, but I could have been reading more into it than was there.

I’m hoping to use this technique to make other shapes that can hold picture frame corners together in a decorative fashion, and just use a different shape than a bow tie.

Yes that was exactly it.
Given a little time, I’ll sort out a drawing of what I’m doing - a box frame for my small fans.
The actual frame is in its third iteration at the moment, and I just need to sort out a ‘stand off’ part that will lock into the back, and I’m good to go.
Loving the idea that I can use the GF to not only make the whole fan, but also the frame and the assembly jigs as well.