A while back I did an engrave of an old anatomy drawing by Andreas Vesalius (Corporis humani ossa, posteriori facie proposita). One of the suggestions from @davidandmaraya and @cynd11 was to put a little bit of color into it and how to do that.

Hit this one with a little bit of parchment acrylic on walnut hardwood.

I did some outlining/light scoring. Some painting. Some 3D engraving. Oh crap - the paint is all gone. Paint again. Engrave again.

It’s subtle but a neat effect. I’m glad that I engraved back a final pass over the last acrylic paint layer. It gives it a bit more weathered of a look; like it’s actually part of the work rather than just laid on top. 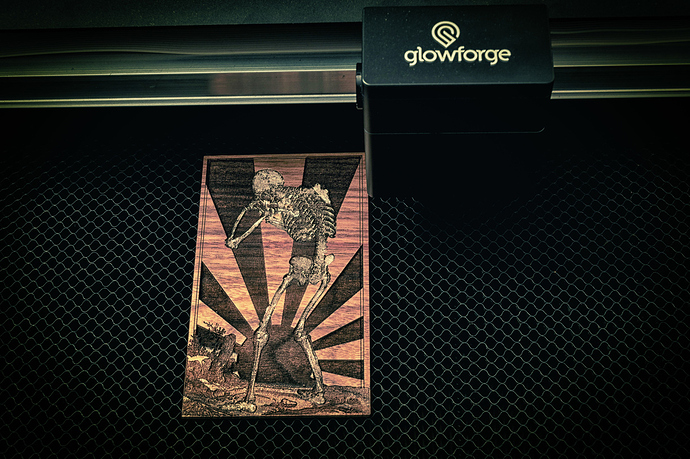 Subtle is best, that looks fantastic!

That’s painted? It looks stained… I really like that effect better. Much better!

Oh wow! This is amazing! Not sure exactly which parts were painted, but clearly they were the right ones–it’s perfect. 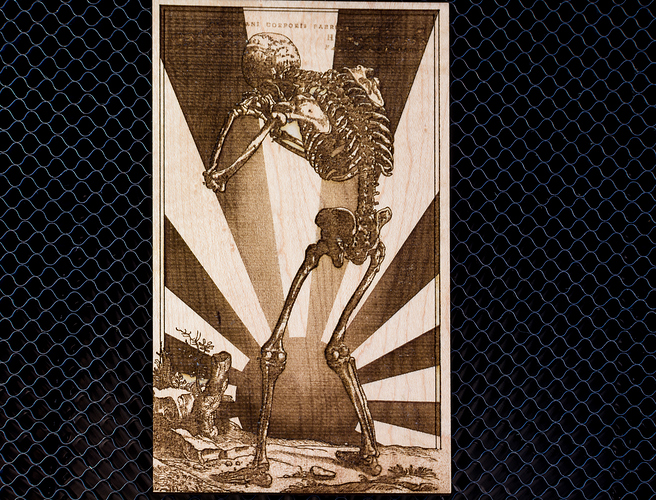 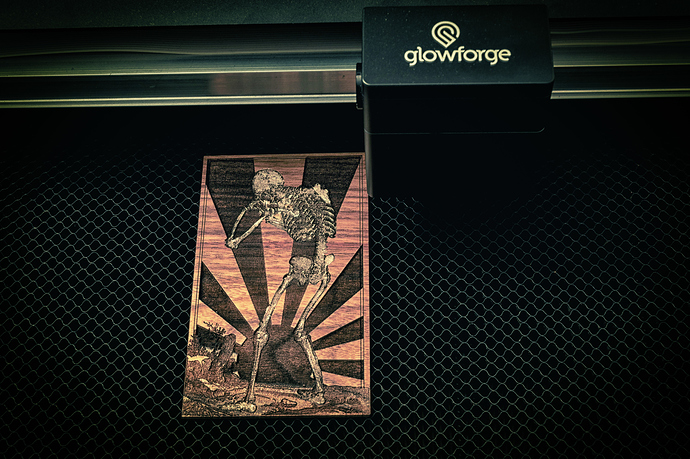 Oh, yeah. The first one was pretty amazing, the second really kicks it up a few notches!

Looks really good. The gradient effect is so nice!

What an amazing difference! Nicely done!

Did the same thing on one of my little boxes.