Couple of projects with yet more Inlays

My grandmother just had her 100th birthday and so the family had a party and I flew back to the UK to attend so I needed a gift. I wanted to make something myself and since I have this expensive laser cutter wanted to use it and after a lot of thought I decided to make a photo frame out of some nice hardwood and add some nice looking inlays to make it really special. At the same time since I’m not going back for christmas time I wanted to do some other gifts for people since this was my chance to give things in person so I was very busy with the glowforge and a few other tools to get things done in time for my flight out.

Here is the photo frame I made it’s made of cherry and walnut hardwood for the top layer with some cheaper cherry plywood to make up the back parts. I also used some acrylic to go in the frame and then various veneers for the inlay (got out of a mixed pack of veneers off of amazon so not even sure what the woods are) I also added some mother of pearl powder to some of the parts. after a lot of sanding and a few coats of wipe on poly finishing the result was pretty good and my grandma was pleased. 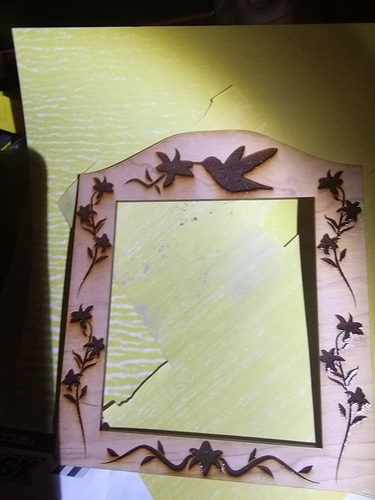 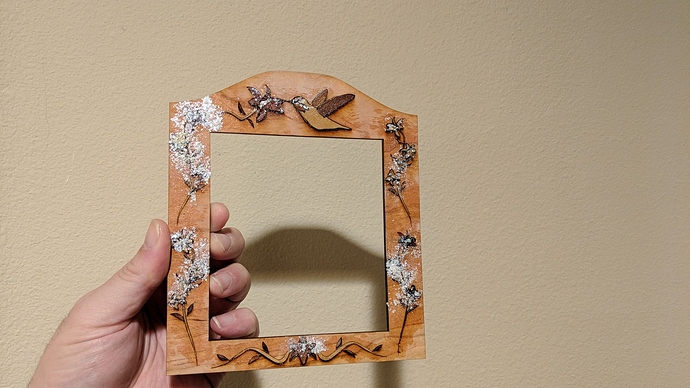 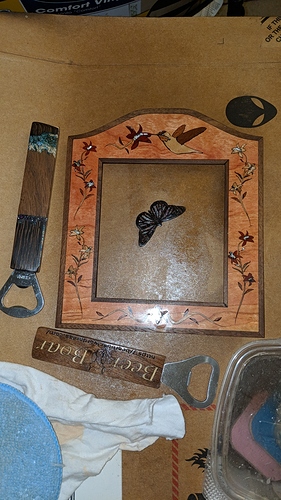 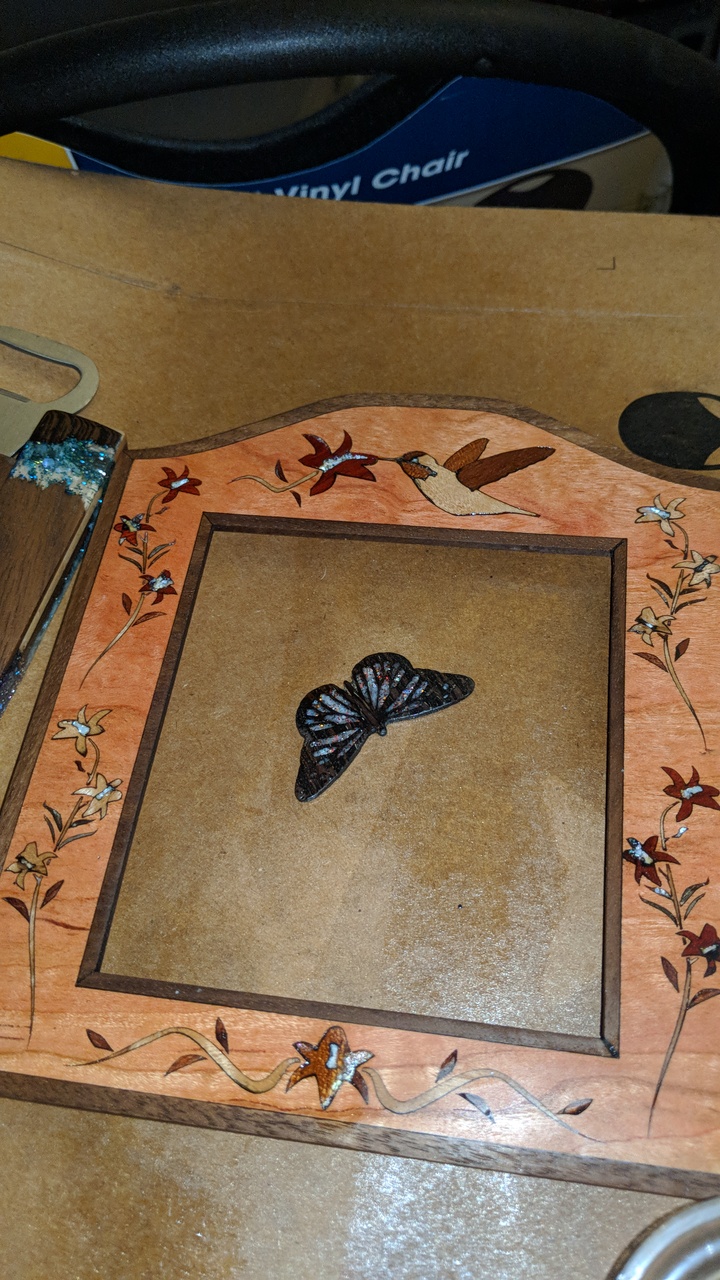 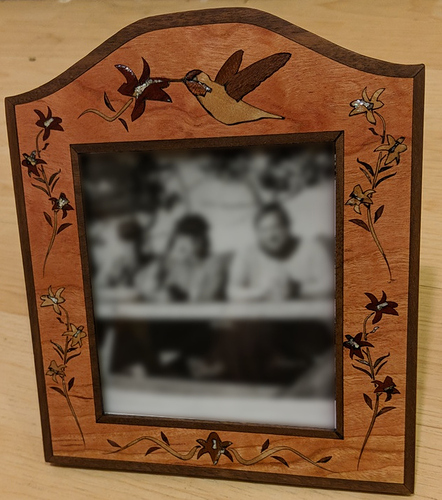 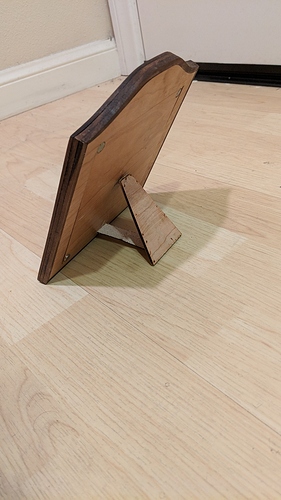 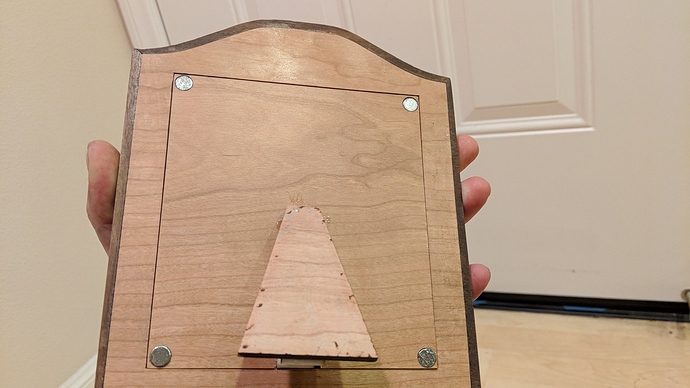 In some of the pictures you can see some of the other little projects I made up for gifts a butterfly necklace for my mum and two bottle openers one for my brother in law (who has a hobby doing beer reviews so I made it with his websites/twitter logo) and one for my dad. I tried some things with resin in the necklace and bottle openers with mixed results it didn’t come out as clear as I would have liked and getting it polished proved tricky not sure what I did wrong there maybe just had the wrong type of resin it was my first go with that stuff. 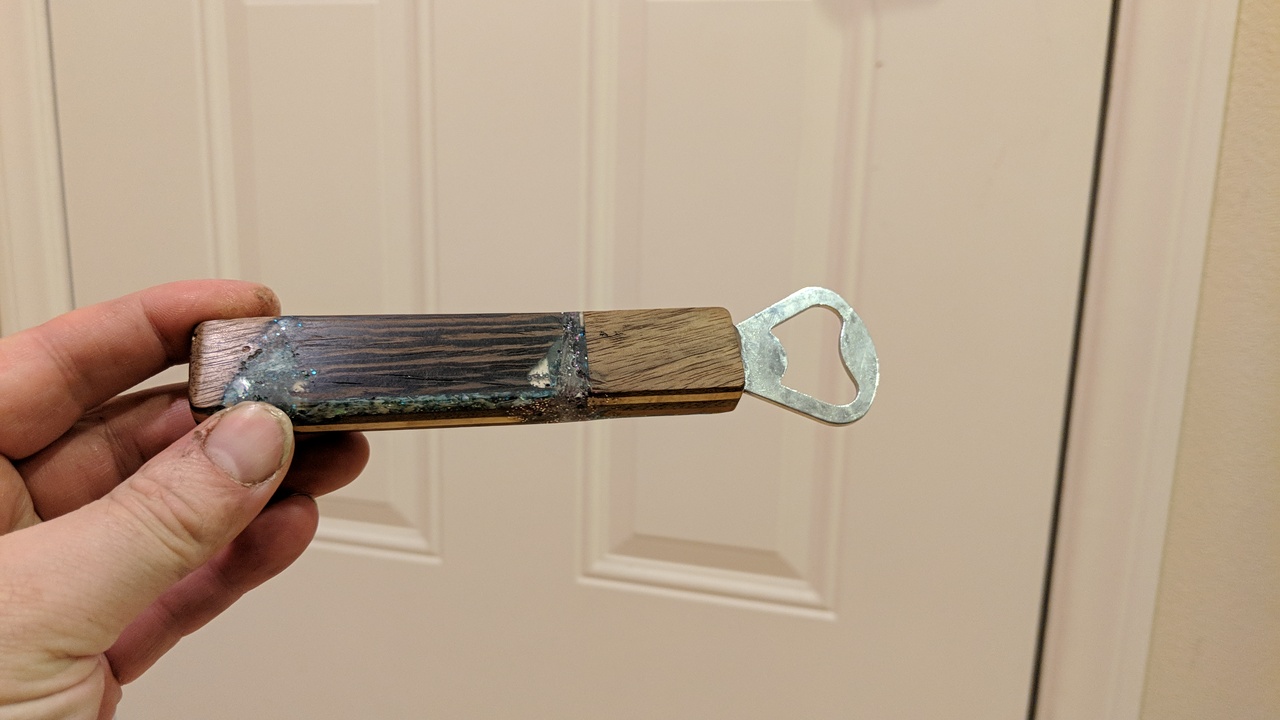 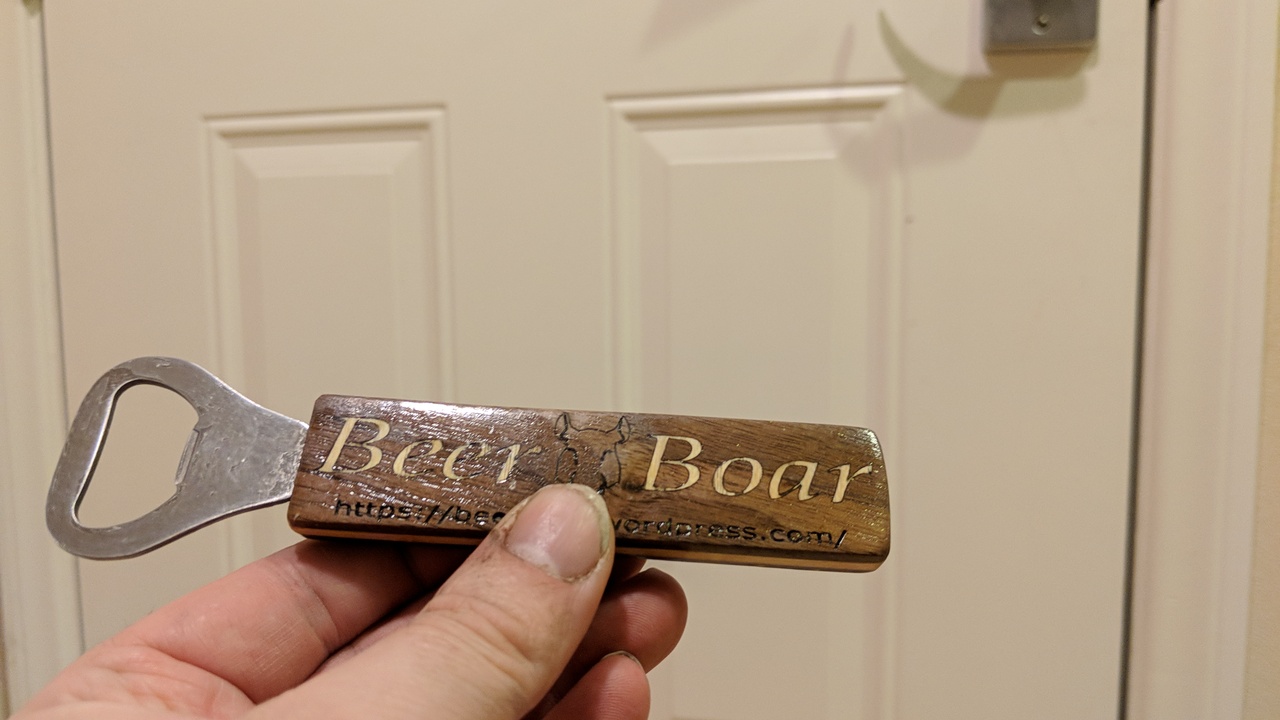 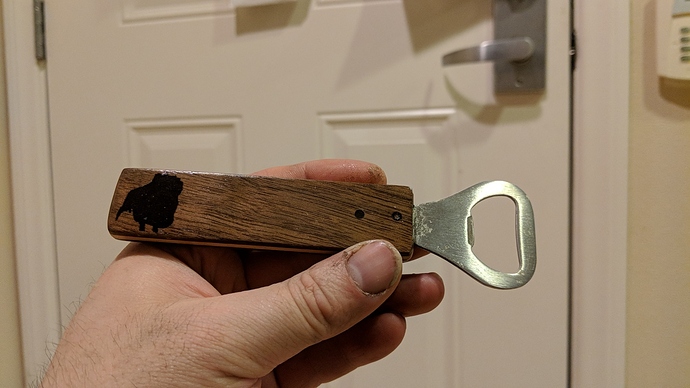 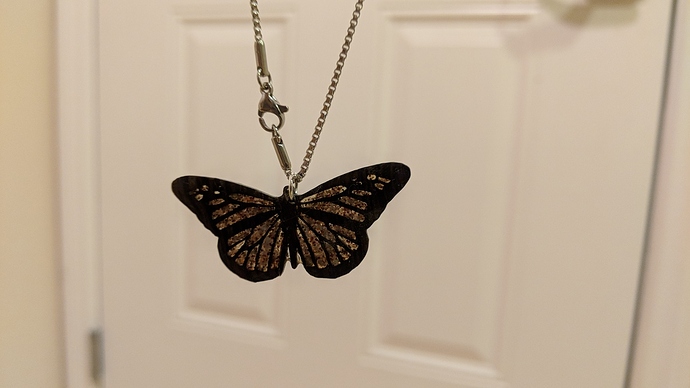 I has also been instructed that my nephew wanted me to make him a box to keep his fossil collection in so I put together a box with some nice etched fossil images and added a few inlays even fashioned a magnetic catch for the front using 3d printed parts in a bronze infused filament which when polished looks somewhat like metal. This came out pretty good I used some of the walnut and cherry for the sides of the box and then padauk and walnut for the lid with a purple heart accent piece with mother of pearl powder inlay on the catch.
I think it came out pretty well and he seemed to like it or possibly just the lego that came with it 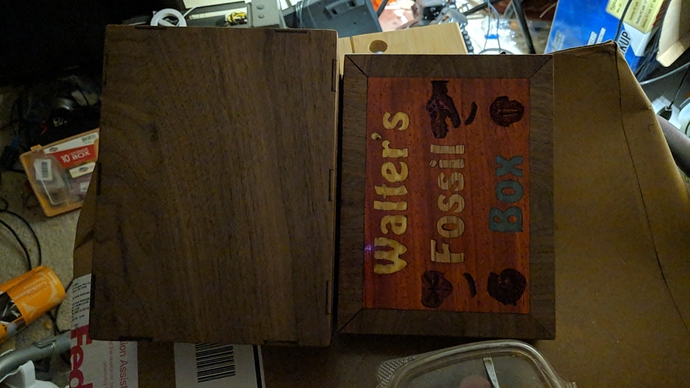 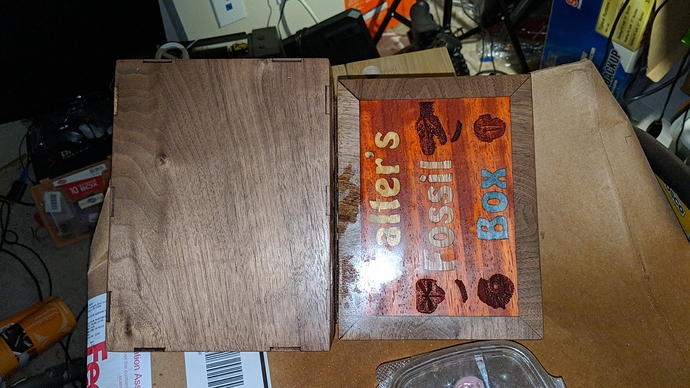 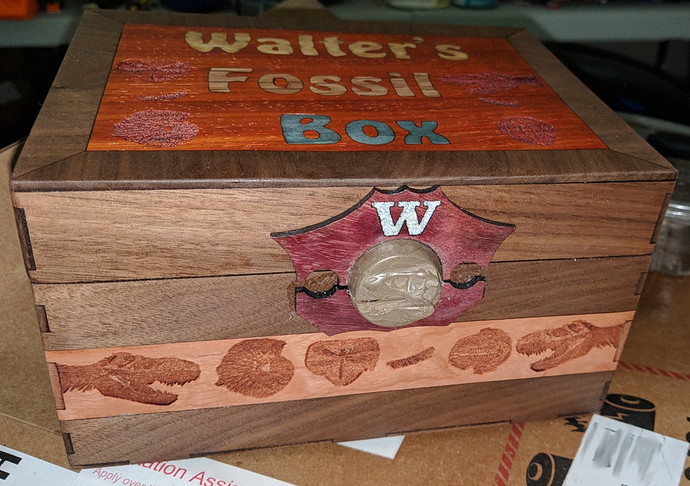 So I’ve been busy

I love this post so for so many reasons. Happy 100th Birthday to your Grandmother!

Magnificent! These are terrific.

Fantastic Stuff! Love that fossil box! Uncle of the Year for you! And Happy 100 to granny! Wow…100, terrific!

Wow, a very impressive output! Your items are all really wonderful but that frame is really, really special. Isn’t that technique called intarsia? Well done!

Very nice work! Way to put that laser to work. Enjoy your holidays

Wow, the frame and the fossil box are such wonderful pieces!! The others are nice also … but, those two are outstanding!

Resurrecting this so newer folks can see this cool project.