Creating a cut line on this

I have a friend who challenged me to do something “creative” with his artwork. I’d really like to take this image and cut it all apart like a puzzle. The trouble i’m having is when I use image trace in Illustrator it just won’t do the job. It won’t give me all the lines no matter what settings I use. Anybody know of another way I could take all of these lines and transform them into cut lines? 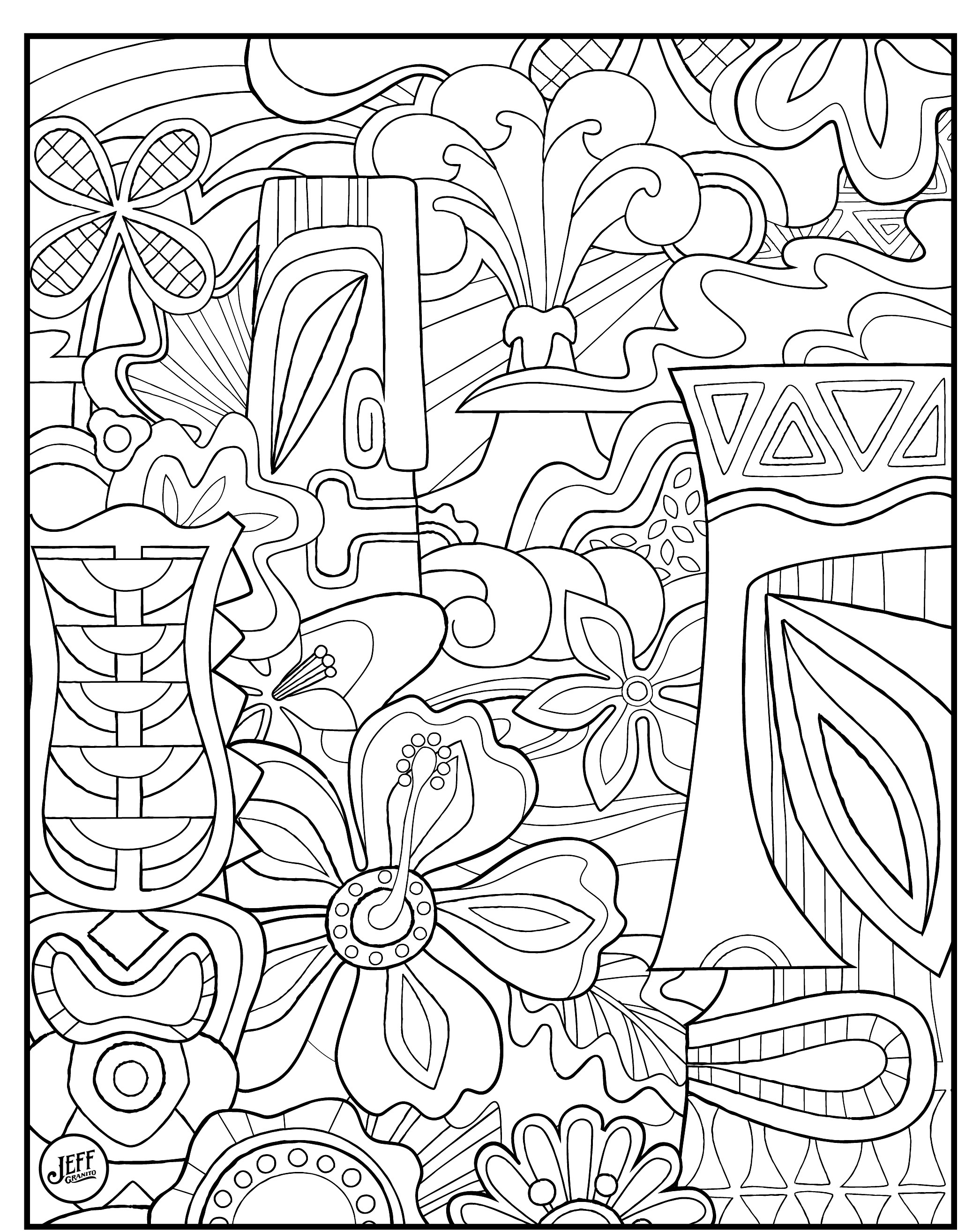 Sometimes there are no good shortcuts. Get to hand drawing beziers over them? It’d hake an hour or two probably to get it just right. Depends on how particular you are.

Did your friend buy this? Or is this friend the artist? Either way, ask the artist for a vector version, maybe it was done in vector originally?

There is no need to hand trace all that. Most vector programs have a trace function. Here I have traced it in Inkscape, just quick and dirty, you put some effort in and you could get it pretty good and then follow with just a bit of hand editing.
tracetest.zip (1.0 MB)

There is no need to hand trace all that.

That entirely depends on how particular you are. Hand tracing will get a far better result than Inkscape trace, even with the 1.0 alpha/beta the centerline tracing is not great.

Beyond that, I would imagine what you want here is a combination of cuts and engraves/scores, the details on the flower petals are not likely to be their own pieces. Up to the OP of course, but I don’t see a great shortcut here, regardless of what software you use.

That’s going to take longer to convert to a single-path cut pattern than just tracing it by hand.

Up to the OP of course,

All I can offer are possibilities.

I’d be pretty particular. I would like to put all the pieces back together like a puzzle without too big of gaps.

Hmm… on second thoughts, I recall Illustrator has a “centerline trace” option - you might look into that. Unlike most bitmap trace functions, it produces a single line, vs. an outline of each area which produces a double line.

Yeah, me too. If I were doing it I’d reach for the bezier tool, I’m able to make cleaner paths that way than I am with a freehand thing like a pencil or pen tool.

Oh wow… the newer beta of Inkscape includes centerline trace. It does a pretty darned good job if you ask me!

Another method…you could try taking a copy of the file into Photoshop and painting white where the the interior lines but up against the cut lines to create a clear gap (it’s just easier with a brush tool for most people) then take that one into Illustrator for a Centerline Trace on the paths that you want to actually cut. Will make it easier to select those, copy them to a new file, and overlay the original bitmap for the engrave.

mind = blown, I guess this is what im going to be playing with for the next hour lol

It was an extension for 0.92+, but I could never get it working. I didn’t realize they’d built it in.

I have to run both older and latest versions, the beta is sooooo slow and buggy…

Still needs work, but that is definitely a good starting point.

AI has that feature, though. You should experiment.