I have a friend that owns a bar. When I showed them what I’ve done on the GF, they asked if I could create some table caddys for them. I said I would look into it and get back to them. Now…How do I do that?

I’ve seen the box design sites, but this one will need a handle to grab. I’ve got the look in my head, but I don’t know how to get it “on paper” so I can print it.

Anyone have any suggestions?

Start with core and decorate with stuff.

Specifically, use a box generator to generate the core structure. From there, you can delete parts of the box and join boxes together to create a more complex shape. Or you can add bits to the box, as needed.

For a caddy, I might start with the box generator in Inkscape and create a box that is, say, 6" x 6" with 2 internal dividers and an open top. That’ll give you 4 3" x 3" compartments. From there, you can extend the “tops” of one of the dividers and then cut out a handle. And make a nice round shape at the top.

You can also generate a box, then cut the tabs and past said tabs on a different shape, if you want. You can also cut the tab holes from a generated box and paste them on anything else to make a tab+hole type connector!

I’d also recommend starting with a very basic box that has at least one divider. Dial in that kerf and thickness with whatever material you are targeting. I’ve had great luck dialing in the kerf to the point where I need no glue at all to create a box that will not come apart without near destructive force. 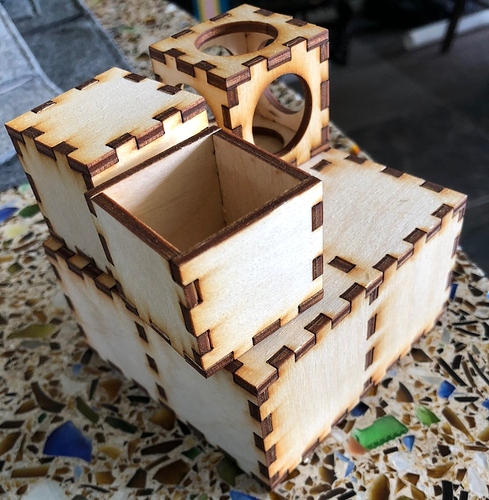 Thanks for the tip. Inkscape has a box generator in it? I’m at work atm so I can’t check.

Also do a search using the term ‘caddy’. Lots of stuff to find. Here’s one example:

So I was inspired by @markevans36301 “ugly” caddy and decided to try my hand at designing a functional object. I just used a basic box maker to begin with then added and subtracted bits and pieces until I had something that fit my needs. The kerf isn’t super tight and it needs some glue, but it turned out pretty good actually. I’ve attached the file at the bottom if someone wants to give it a go. If you make improvements to it, you gotta share it here though

Also do a search using the term ‘caddy’. Lots of stuff to find. Here’s one example:

Do that search on Google (include laser in the search if you want) and you’ll find several designs available, many free.

On here @henryhbk made one last year as I recall.

Inkscape has a box generator in it?

IIRC it’s an add-in you have to download and install.

There’s a caddy design on the Shaper Origin site that might give you some inspiration.

Yup! There are a number of box generators for Inkscape that are installed as extensions.

Here are a bunch and, yes, the author’s box generator appears to be about the best (though it has some bugs-- you’ll probably need to clean up the resulting SVG a bit in some cases). 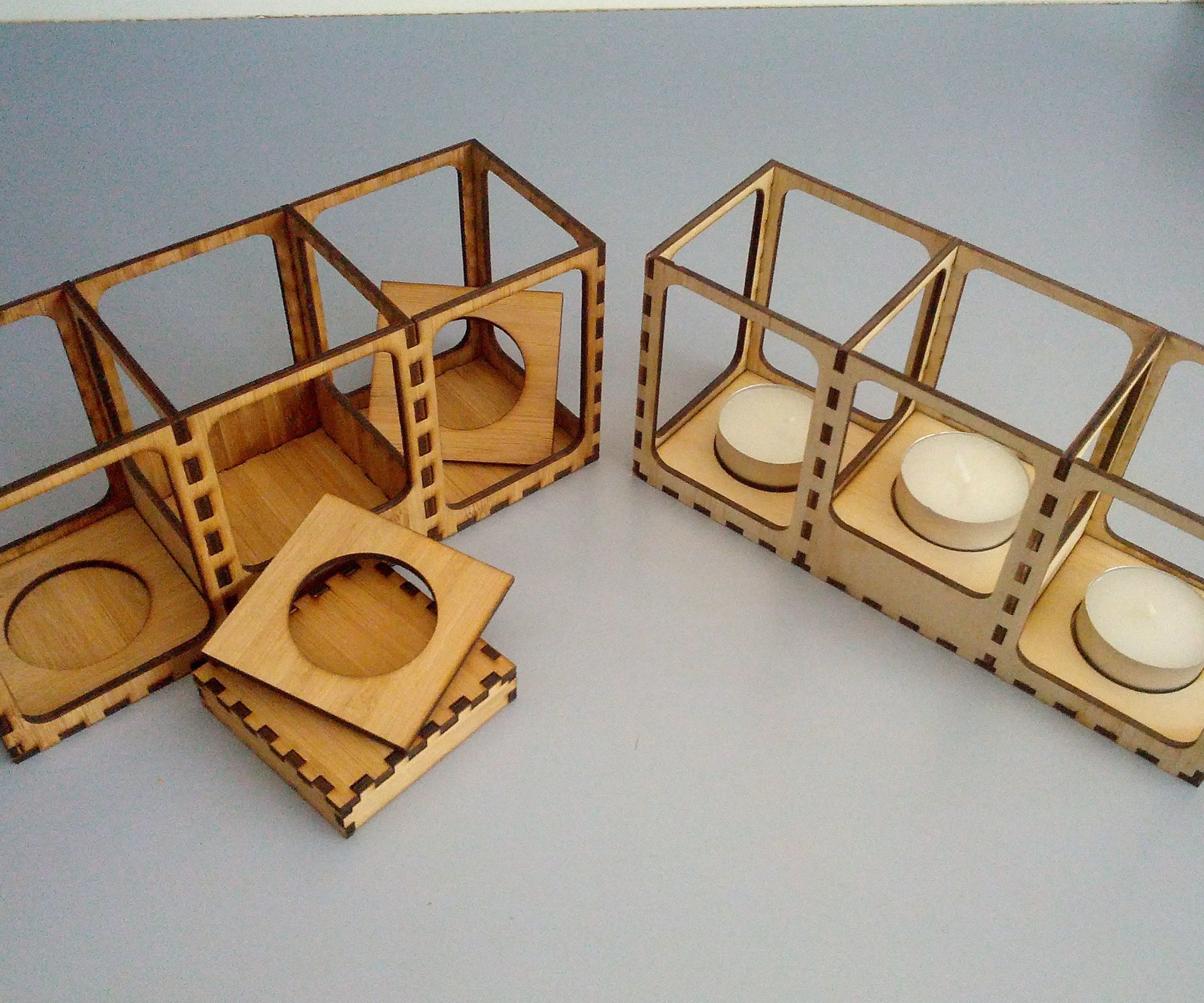 The Ultimate Guide to Laser-cut Box Generators: Tabbed, or "finger-jointed" boxes are one of the most versatile things you can make with a laser cutter - the possibilities really are endless. However, getting the right box for your requirements is...

Thanks all. I’m currently playing with the tabbed box maker plugin because I need a multi-compartment box. I’m having an issue though because the box joints won’t match up. The tabs are the wrong size for the slot they are supposed to go in.

I’ve tried various settings and they don’t seem to make any differences. Anyone have any suggestions? 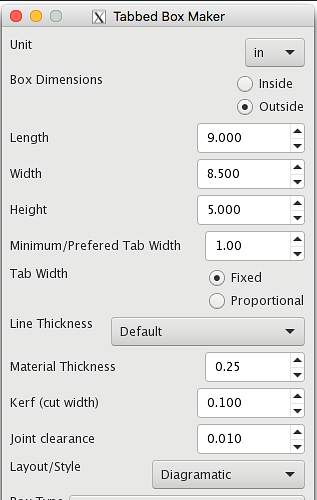 It won’t show errors when you have values that are out of range.

Best guess, here, is that your kerf is way way way too large. Couple of orders of magnitude too large. I usually use ~0.001" or so.

Also, look up the “quickjoint” extension for inkscape and the festi boxmaker.

The 13-year-old made a four-compartment hot sauce caddy, so it’s not that hard. Basically you make an open box and then stretch one of the sides…