Has anyone successfuly built a filter they’re happy with? Ideally one with parts cut on the GF?

Searching didn’t come up with much, which is a real surprise. The other DIY filter thread seems to have gone completely off topic.

A few folks have built them. I believe @Clone has one that was built to also reduce noise, but I can’t find it at the moment.

Search in beyond the manual. Should find info there. Incidentally that where this discussion belongs also. I’ll move it for you.

Thanks for the move, and the search attempt.
Looking for posts of indoor success!

Not finding any. Hoping to use this without needing outdoor venting.

As you said I’ve seen many thread but can’t remember any actual resolutions of the issue. I know there are non-GF people that have done it but not certain about their efficacy. My friend that works for Universal Lasers mentioned a method he’s used for a temporary filter involving cardboard boxes and many pounds of activated charcoal but that’s way off the manual

Does anyone think this $500 laser air filter for the Emblaser 2 would work for the Glowforge? It looks like it has a similar sized air hose intake.

I ended up with the filter discussed here
There are a few issues (like connecting a 4" exhaust to a 10" intake) but it will pull up to 2 1\2 times as much air as needed.

Did you find a solution for that blue dri and the 12-4 adapter? Is the filter working nicely?

I was never cornered into needing it to take care of the Glowforge directly but if I was this was my plan, 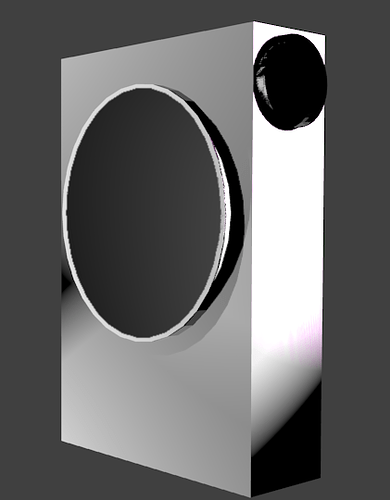 It all goes out the window for now,

Hahaha. That seems to be the case. Lots of talk of potentially venting to room but sounds like nobody ever pulled the trigger.

My neighbor in my apartment complex is not having my window vent so I’m trying to figure something else out to allow me to still run the forge.

The concept is great, but the reality of $250 everytime you replace a filter can be very sobering, even if the filter were to last a year, much less 100 hours. Still the box in the image is sized to sit on the floor and have the big area fit the hole, with the width of the box be just enough for the 4 inch juice bottle to be inserted. With the Machine on it will tighten any loose openings so just a bit of foam for window edges would seal it nicely

Because of looks or smell?

You could make it invisible if it’s just looks…

Sobering is the best word to use.

I live in an apartment complex and have always vented out my window with no issue. I have a new neighbor upstairs who filed a formal complaint. Apparently even if the smell is minimal, if she perceives it as a bother to her then I’m at risk of violating my lease. I’m just trying to find a solution to still keep my income without upsetting the witch upstairs.

I might just try the blu dri with a 4-12 adapter and see if it works… just kinda feeling defeated and don’t want to pay glowforge for something that I have to order a $250 filter every week/month.

I haven’t tried blu dri because honestly it has almost no chance of working. My glowforge produces almost half the product I sell and I ran the entire list of ideas over several years trying to get a working solution and only found what I was happy with a few months ago. At first I tried the DIY filter ideas because the compact filter wasn’t even out yet. I did that with venting outside, but honestly I was never able to get visible smoke to completely go away, much less all the smell.

Then the compact filter came out, and I was replacing filters before they were even available for purchase through the store. The truth is it’s a design made for taking the glowforge to a trade show, not for mass production of product. 20 hours of wood engraving and it’ll be clogged, and even if you get past that issue with a pre-filter it’ll smell after 30 hours.

Finally I gave up and went with the real deal, a $3k BOFA unit (AD Oracle IQ). The filters will run around $500 a set, but last for around 100 hours. Even that wasn’t ideal though. The cheaper pre-filter at 100 hours is one thing, but the slowly increasing smell as you get to 100 hours on the carbon didn’t make me happy. Nor did the fact that it produces so much heat that the office I use was getting close to 100 degrees.

My final solution that I’m actually happy with is this. I still use the BOFA unit, but I modified the exhaust on it to go to a 4in vent hose. I 3D printed a slim vent for the 4in hose to go into so the window is only open ~1in. No smell or heat inside, outside doesn’t notice it and the small amount of odor being sent outside isn’t a problem. Everything is HEPA filtered, so definitely no smoke, and so far the HEPA filter seems like it will last for a couple hundred hours at least.

The end result costs about half as much to run per hour compared to the compact filter (~$4.5 per hour)

This is good info.

The challenge is a big one, the airborne particulates involved is far beyond what most consumer filter systems are designed for. A Glowforce can produce as much in hours as a what a normal house would see in months. Years ago we bought an expensive floor standing machine for my daughter, no idea if it’s HEPA but the media has to be cleaned regularly (it’s a royal PIA, as it really needs to be done weekly or more.) Again, this is just for “normal air” in a home, it would probably become ineffective in minutes if used on the GF.

It just wouldn’t work, for the same reason I strongly suspect the Blu-dri wouldn’t work. I forget the exact number, but even the compact filter has 10-15lbs of carbon the air is running through. The BOFA has ~30lbs. For me, 2lbs of carbon is about 1 hour of filter life before odors become noticeable, and about double that before it is unbearable (I’ve had VOC sensors tell me the air is safe, but that doesn’t mean it’s pleasant).

The blu-dri and home air purifiers have a dusting of carbon on the filter and that’s about it.

The main thing the Blu-Dri is designed for is if there has been a fire and the structure is full of smoke and fumes. That is far more massive than house fumes. I have used mine for everything from managing when the main exhaust died to common house things like popcorn, and 2-3/4 years on the original filters make short work of it.