My wife asked me last night for a new sign for one of the doors in the animal hospital that already has a traditional sign they hang on a hook (they are push swing doors so no handles) to prevent people from walking through the treatment area when they are shooting dental x-rays (the real radiology suite has leaded walls, but just like at your dentist, the dental X-rays are just shot out on the floor). She wanted a bit more snarky than the preprinted sign since everyone ignores the regular signs. So off to the design. I first made a nice door-hanging design, until on preview she informed me it doesn’t have a handle. but it has a command hook in the middle of the door. So in on-shape I put a slot into the middle of the sign. She wanted a guy getting irradiated, but that’s really for electrocution hazard, so originally I had 3 lightning bolts headed to the guy’s groin and the glow symbol over his head coming out of his groin, since that’s where it affects you first (especially since the entire staff is 98% female, and ovaries don’t like ionizing radiation).

Then the text around it. Now the way I figured I’d do this (don’t) is I would engrave the text and symbols onto the sign and then cut them in the different colors, using the engraving to locate them. haha. That was under the assumption the given the kerf the engraving would accommodate the cut pieces; nope they don’t fit (ugh); well a few letters did, but not really overall.

I cut all of this out of

1/8" acrylic. Unfortunately I thought I had yellow at home. But all I had was fluorescent green, but if you leave the back paper on, it sort of is a glowy yellow. The letters were all cut out of black (OK, I was stupid and didn’t put some scrap under it to catch the tiny colons and periods (and dots for the I and exclamation point). Fun getting those from the crumb tray… stupid mistake.

Then using Weld-on with the horrible needle bottle (I thought I had a 10cc syringe and 25ga needle at home). Anyway, the pile of letters slowly shrank and it finally got done. Very hard to keep the letters spaced properly when it won’t fit into the engraving spot. Angled forceps really helped here. But even so some of the black acrylic ran in the extra cement when I used capillary action to finalize the placement. 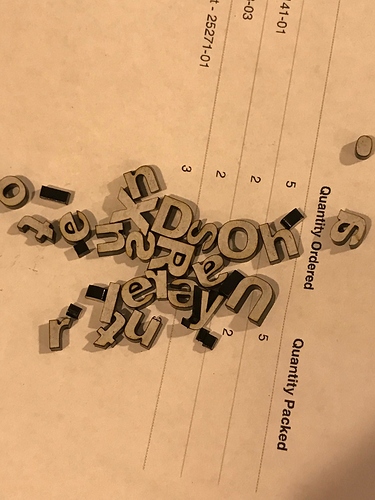 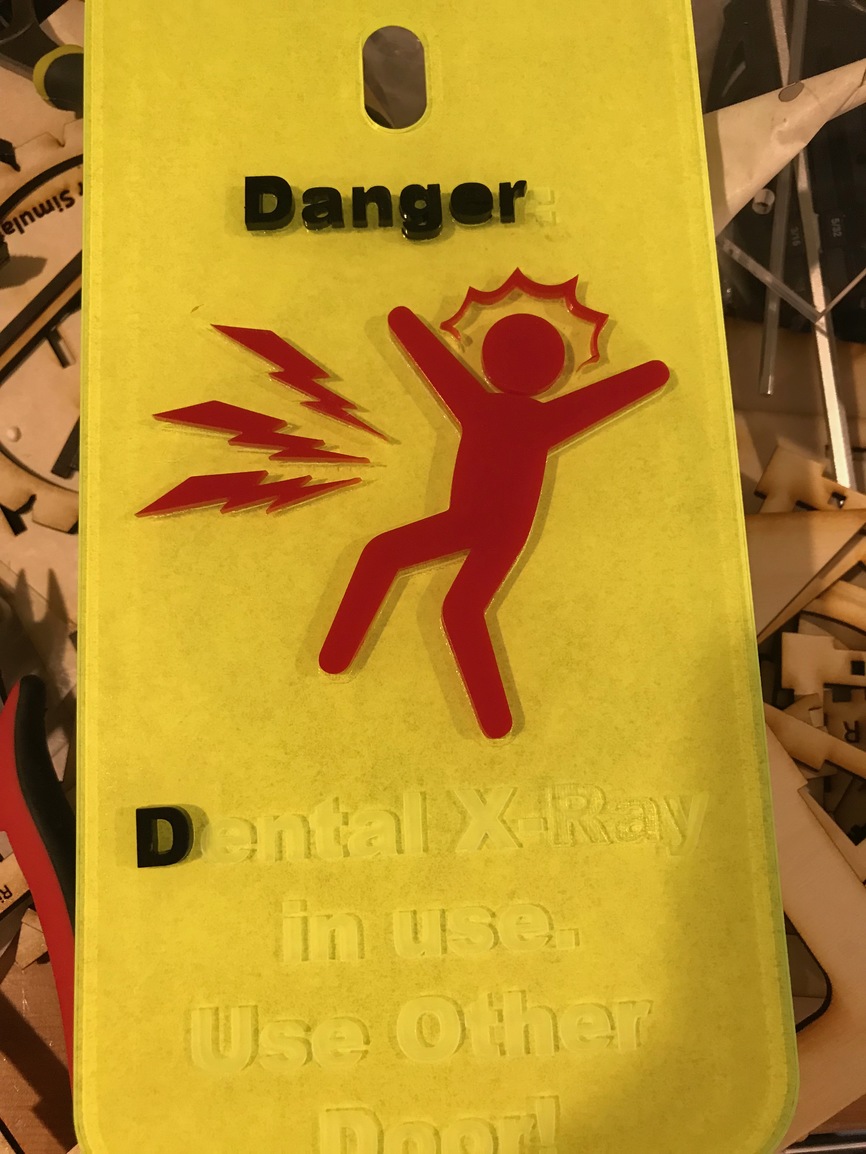 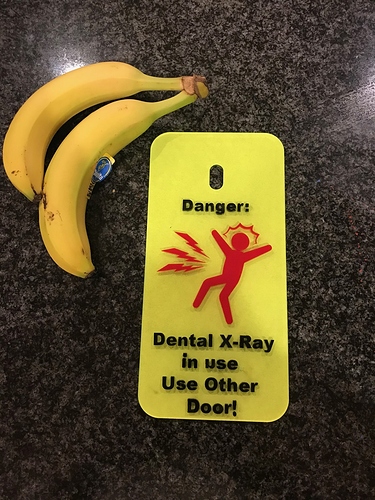 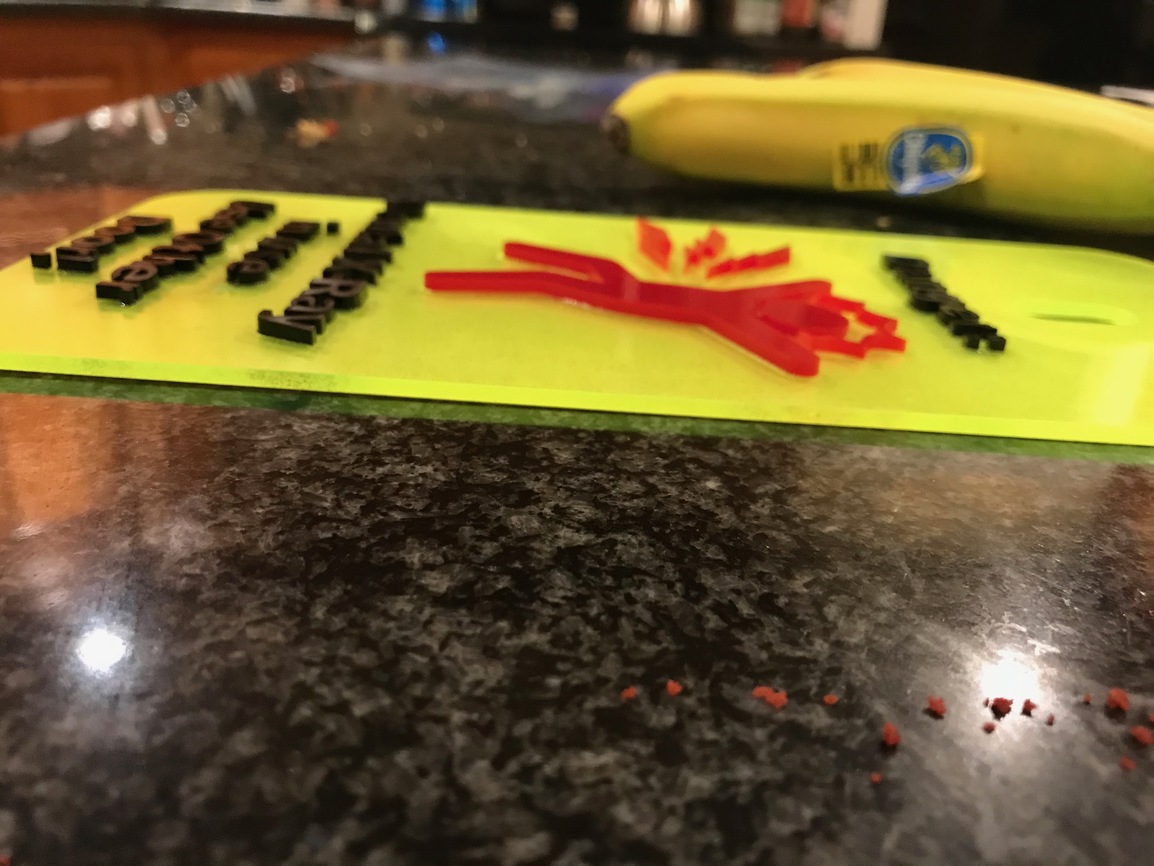 It’s a wonderful sign, and will hopefully get results!

Wow, looks great! I must do more in acrylic!

It does seem that if something can go wrong … it always does.

Nice job. I know how frustrating it can be to get an inlay in it’s engraving spot without smearing glue around.

I got a kick out of the crumbs on the counter in the foreground. It passed my mind that you devoured a red velvet cake and left the bananas for healthy eating signaling.