Looks very similar to the muse, but with a lot of built in sensors like the gf. 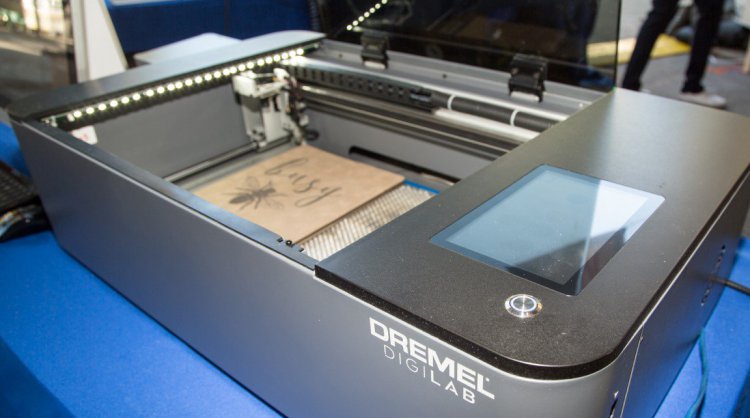 Competition is a good thing, but I didn’t see anything there that the GF doesn’t already have. I’ll be curious to see how much it costs. I’m also curious to see if it’s cloud-controlled.

Cool. Wonder if they will make a model I can attach a Dremel rotary cutter to.

Price and features I’m curious about. I don’t need a second laser yet, but I can see wanting bigger or rotary axis one day

If that is the regular meaning of “shipping” I wonder if it will actual beat GF to arrive.

You know you hit a winner when emulations from established companies start popping up.

I’m not particularly tribal about this. In the long term, more options is more better. Dan should feel proud: he changed the game and created a new market segment that arguably nobody was pursuing before. It’s orders of magnitude easier to be second or third and often those are the guys who end up succeeding by opening the jar someone else loosened for them. In this case though we’ve already seen the Muse is a disaster, and it looks awfully likely that Dremel is licensing it. Maybe the extra year is to get it working.

Looks very similar to the muse, but with a lot of built in sensors like the gf.

Not just similar, pretty darn near identical. I think whatever Chinese company FSL contracted to build the Muse is also selling to Dremel (guess the exclusivity ran out.)

From the marketing material I saw it’s not integrated in the sense that it’s inside the unit… it’s a separate box. Wouldn’t be surprised if it’s the exact same thing that FSL has been talking about for the Muse where the chiller and air compressor are in one box. Probably same deal as the unit itself - FSL paid the company to build it and now they’re free to sell it white-label to anyone.

The big question is the software… will it be the same as the Muse software (which is, by all accounts, buggy and awful?) Or has Dremel actually put up money to build something that works well?

Huh? I don’t see the similarity 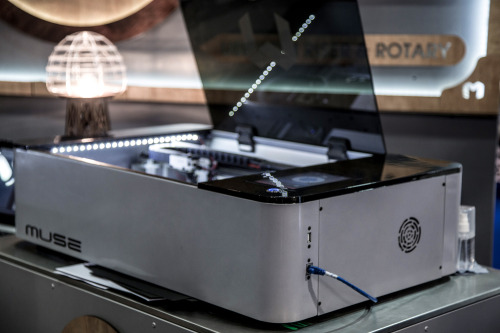 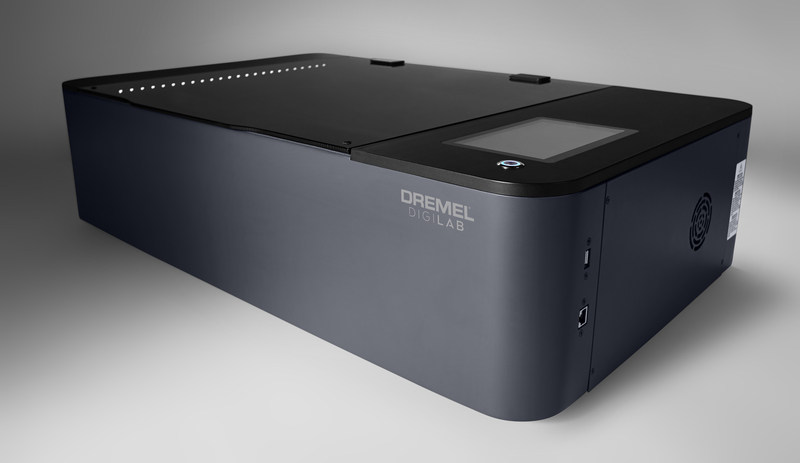 Yeah, the Dremel model has its name in the upper right and the Muse name is in the lower left.

Yup. Think that’s what they did with the FlashForge Dreamer in order to get in the 3D printer market.

I got excited when I saw Dremel thinking it was a Dremel power tool in a neat little setup to go along with my laser. But sadly no.

Not to mention they’re completely different colors. Or that one has its lid open and an Ethernet cable plugged in, but the other doesn’t. So clearly they’re entirely different machines.

Could it be a brand-shift of the Muse to escape what can only be described as a ‘catastrophic’ launch?

Does anyone here own the dremel 3d printer?

Wouldn’t be surprised if it’s the exact same thing that FSL has been talking about for the Muse where the chiller and air compressor are in one box.

That’s what the Dremel guy told me it was - coolant/chiller and air.

BTW, I didn’t see a camera in there when I looked inside. Posted a couple of pics but the head looked a little barren to me. Not very robust much less lacking in the camera department.

Considering that, from what I understand, the chiller sidecar was supposed to be attached to the side of the case… and the case seems strangely familiar… I wouldn’t doubt it’s going to be exactly the same.

Thanks for posting @takitus! I wiki-fied the first post so people can update it with everything we know or learn about it. The product manager swung by our booth to say hello and take a selfie with me this afternoon - I’ll return the favor tomorrow and share anything useful I find out.

We want folks to get the laser that’s right for them, whether we make it or not!

Does anyone here own the dremel 3d printer?

I have one in our library’s makerspace (the 3D40) and I have to say it’s pretty darn flawless. The only times it has messed up has been when the kids forget to build supports into their files or load the filament spools incorrectly.

Their new model (3D45) can do different filaments (mine is PLA only) and has a heated bed…they are offering it at a discounted pre-sale price now. They also offer refurb units of the older models at a good deal too so it’s worth contacting them to see what they have available.

Their tech support is also fantastic…I hop on live chat with them and can get an answer immediately.

I’ve been super happy with it…it just works, and when working with teens of varying skill levels that’s critical! Happy to answer any questions anyone has.