I’ve wanted to mess around with edge lit acrylics and finally got the chance recently. I ordered this on amazon, just to have something to start with before building my own. The base is slightly wider then medium proofgrade acrylic. I just used some gorilla tape on either side to even it out. 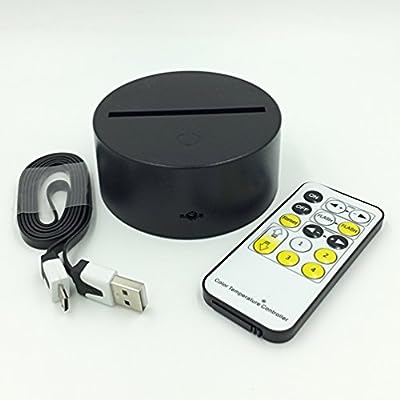 I wanted to see how the brightness translated across the part. I was worried that the far ends might not be as bright, or that a closer feature could block light from a farther feature. So, I made a test part.

Here it is all lit up. 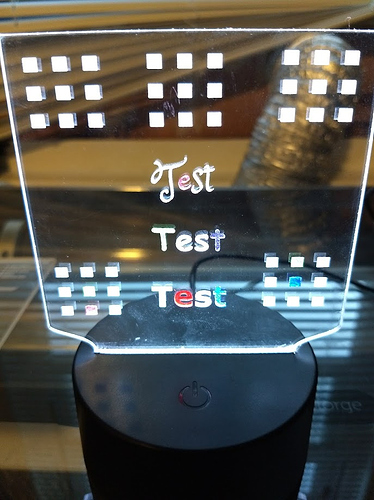 It all lit up great! I didn’t really have any issues with light fading or features blocking the light! The next thing I wanted to test was coloring in some of the engravings. I tried a few different options.

I tried several different types of markers. The ones that worked best were the ones that tended to bleed. This helped saturate the engraving to edges. 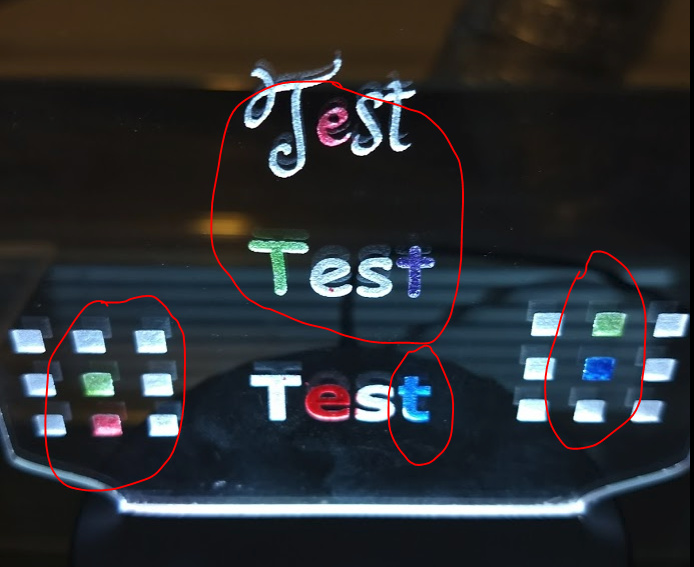 The ones I’ve circled were done with different types of markers. It works, and they look okay. But I wasn’t fully satisfied with them.

Next up was some acrylic paint. 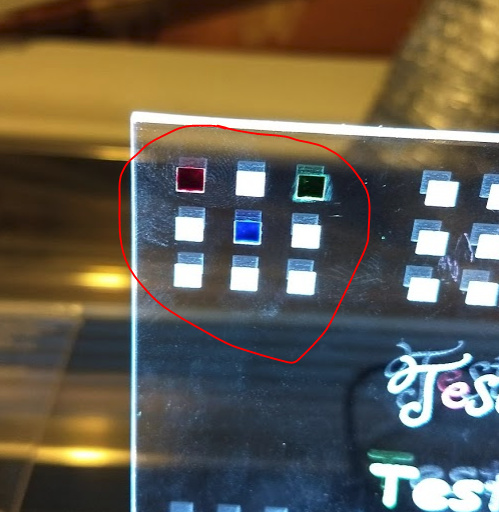 I filled the engraving with paint. This would have probably been easier if I did this before I removed the masking. It looked great when it wasn’t lit up. Unfortunately, the paint blocked the light from coming through, reducing the effect.

My favorite, and what I think worked the best… Crayons. Yup, simple Crayola crayons. 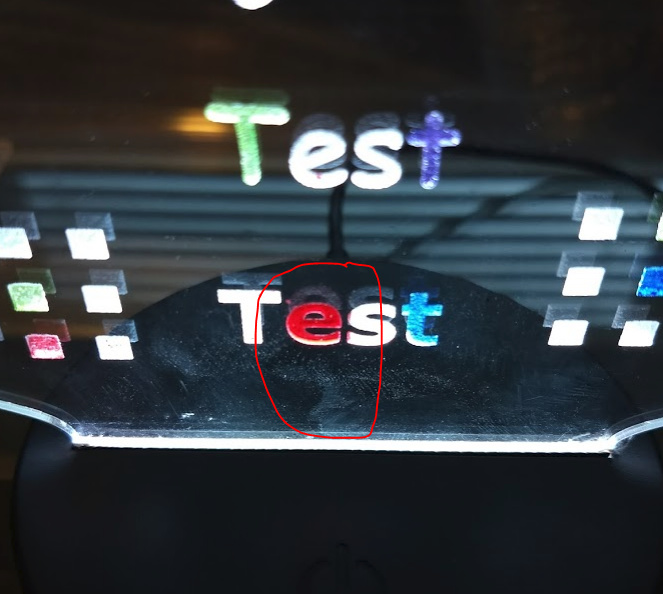 I started with red first. It worked so well, I decided to try some other colors. I went with black, to see how this would look lit up, and green… because Christmas? 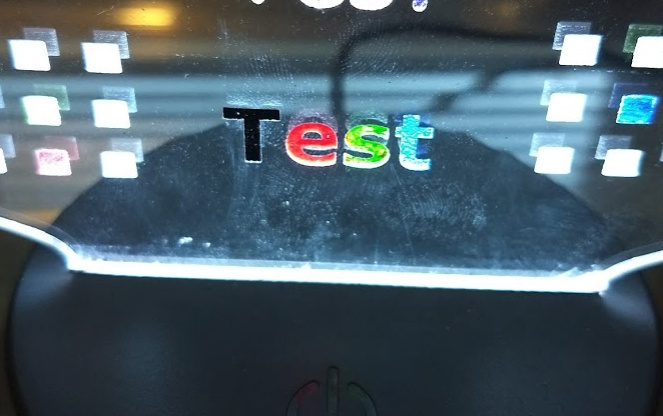 The colors really pop, and you can still see them when they are lit up. I basically just ran the crayons over the engravings until it was filled, then I wiped off any excess off the surface. It came off clean with a dry paper towel. This one looked the best, but I still wasn’t 100% satisfied.

Well, I took a heat gun my wife’s hair dryer (I really need to get a heat gun one of these days) to it. There was a slight mishap with the T; a drop of molten crayon came out, because I had the speed too high. Otherwise, it looks fantastic! 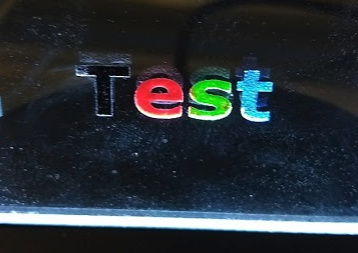 The crayon melted, redistributed and evened out! I really like this effect, now I just need to find something to use it on!

Has anyone else tried to color fill there edge-lit acrylics? What worked for you?

Alcohol based inks might work. I just picked these up but haven’t used them yet.

I picked up this heat gun a while ago for use with encaustic wax. It is inexpensive for a heat gun with temperature control.

Doesn’t alchohol cause acrylic to crack?

Doesn’t alchohol cause acrylic to crack?

Hmm, I was thinking for the translucent color. It may be little enough to not craze, dunno. Worth a try when I get the chance.

I’ve always liked AutoAir water based paints for airbrush tricks. Havent tried them with engraves on acrylic but they do have some transparent candees and semi-opaque colors that might light up well.

Plus, they’re widely available. Your local craft or hobby shops might have them.

Another good suggestion. I’m sure all my bottles are dried up by now.

Some tinted epoxy might work too - and it’s self leveling.

The heat from the laser sets up some stresses within the acrylic, and alcohol or other solvents can kick off crazing because of that.

Think of it like a tempered glass where the outer skin is under higher stress than the center, and anything that pierces (or chemically softens) that skin allows the weakness to propagate.

Annealing acrylic in an oven though can equalize the stress within the material.

Not sure I have any crayons around here, but the idea is just inspired! I’ll definitely have to give that a try on something!

Sort of irrelevant, but I’m curious: is this the sort of stress that can be visualized with a polarized filter, or is acrylic not the type of plastic where that works?

Has anyone tried making the engraved deeper at the top to pull more light out?

I dont know if that works with acrylic but you made me curious enough to grab a polarized filter for photography and take a look at some acrylic pieces I have here. I didnt see the affect, but it could be that the stress isn’t that high, plus it’s usually localized wherever the laser made contact.

There are a couple brands that make colored glue, essentially. Theres a brand from Ranger called stickles. It comes in a ton of colors but I think,they might all be glittery/shimmery. Elmers Glue makes some colored glue as well, I believe. They might make interesting fills.

I got a couple of lacquer fill stiks, or whatever theyre called, but the result would be really opaque, I think, and not very interesting.

Add some Pearl Ex to Elmers (or any wood glue) and you can get some really great colorfill glues.

(Or for that matter, any plain old acrylic if you don’t want shimmer.)

I did that with a couple of projects and really liked the effect. When the glue dries transparent, you get a nice mounding effect on the fill.

It’s been discussed a few times.

Related question, I am trying to color in an opaque acrylic engrave–I just want good contrast for simple graphics and text as you might put on a keychain. I found spray paint doesn’t work well because you can’t get good coverage in the narrow engraves like you can on a flat surface. It’s also hugely wasteful, you drench the object in trying to get a good coat down in the engraves.

Would basic hobby acrylic paints and a brush do the job with high quality? For example: 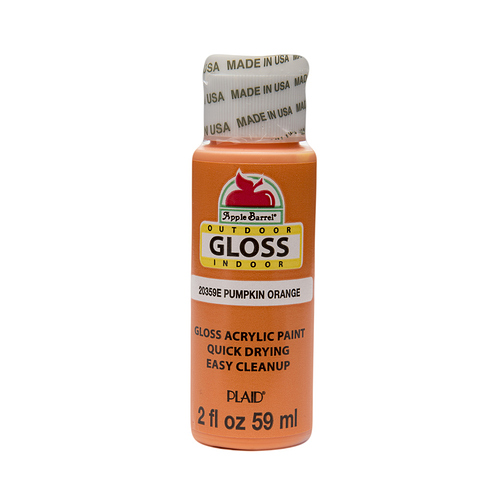 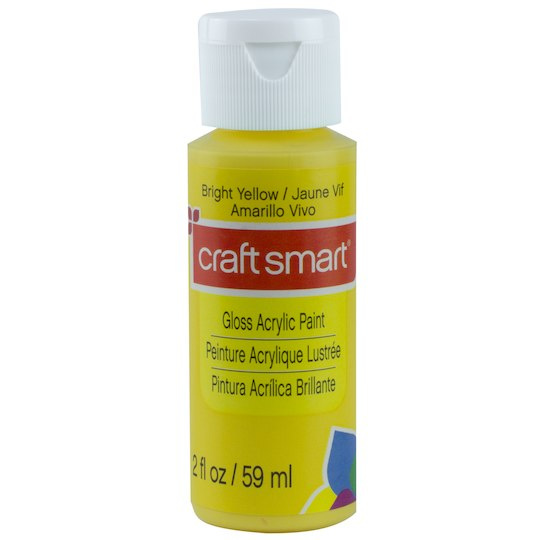 Yes. I used it on the roulette wheel.

Thanks, I am actually going to get some now.

Edit to add: these cheap gloss craft acrylic paints and cheap paintbrushes seem to do a good job of coloring in engraves!

I was thinking along @lairdknox’s line of thinking. Maybe an aqua-resin with a tint, something translucent that transmits the light dynamically. Per many comments, I wonder if Aqua-Resin would craze the acrylic.