Engrave issue and some feedback

So this is probably a non-issue from an inexperienced laser operator, but is this much dust normal for acrylic engravings? 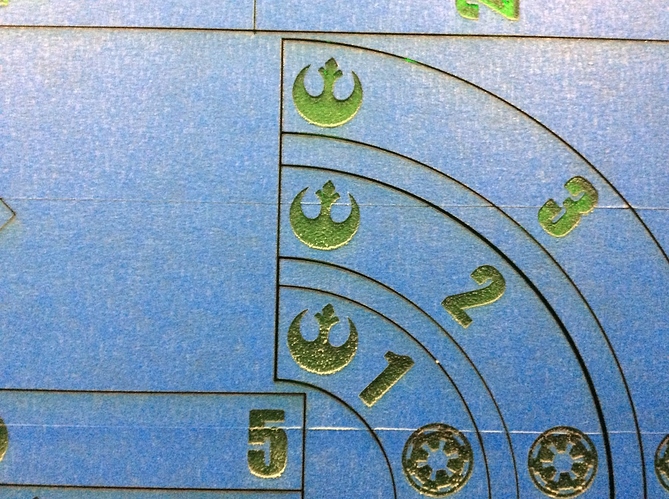 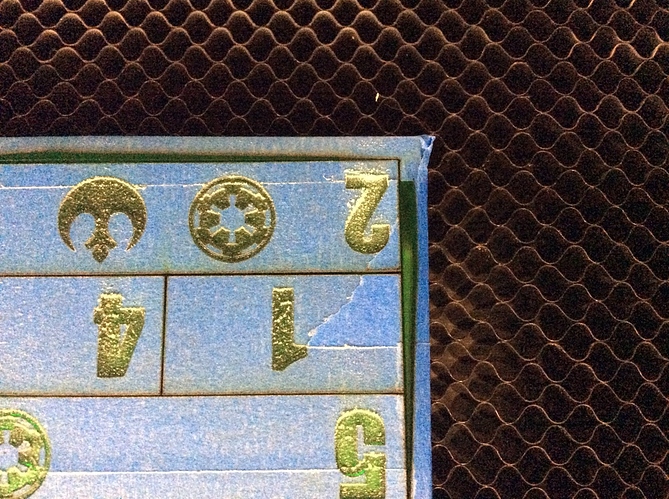 Also the engrave looks really stippled instead of smooth, but again not sure if this is normal or not.

For issue completeness, I am engraving Inventables green mirrored acrylic at the proofgrade HD base settings of 300 speed, 450 lpi, but changed the power from 16 down to 10 for a shallower engrave.

A bit of elbow grease and a toothbrush gets rid of most of it, but some at the bottom edge it gets really caked on there. The 2 was in the bottom left of the bed, and for some reason my iPad took the pic upside down.

And as an FYI, acrylic is one of the cleanest burning materials you’ll run on your glowforge. 90% of the by-products of lasering acrylic is gas that will be vented outside of the unit. That means there’s only a very small amount of actual dust/particulate generated from acrylic.

is this much dust normal for acrylic engravings?

Pretty much par for the course. It’s a dusty process.

for some reason my iPad took the pic upside down.

Can’t say for sure, but that’s often a result of tilting or rotating the iPad.

You can do amazingly clean acrylic work…

First experiments with 3D engraves Made on a Glowforge

Har har, but I have rotation locked. Eh it is what it is. Good to know this is normal operation. I just figured the laser would fully vaporize whatever it was going over

Any chance we will get the option to engrave from the top so we don’t get the dust in the engraved section?

It’s been suggested, we’ll see if it comes to be.

Wild speculation: it might be a problem for engrave consistency or maybe even fire risk? Probably not since I think other cutters do it but idk.

Any chance we will get the option to engrave from the top so we don’t get the dust in the engraved section?

Thanks for the suggestion, I’ll make sure the team gets it.

Since the material in question isn’t Proofgrade, I’ll move this thread to the Beyond the Manual so the discussion can continue there.

That’s especially normal for the 2-color acrylics. I’ve found that you need to run 2 passes at lower power to get cleaner results. Also, take a look at the following thread about getting a smoother engrave.