In the last couple of days I have had this happen multiple times where it engraves a straight line right through the words. It’s happened on acrylic & wood. One was a cutting board so that was frustrating because it ruined it and I had to buy another one. What could cause this? I caught this one in the photo before it wasted to much of the product but if you notice on the letters above you can also see its not always consistent on engraving lines. Like 5 times through the one I engraved before there are lines that don’t seem to engrave at the same level as the rest of them. 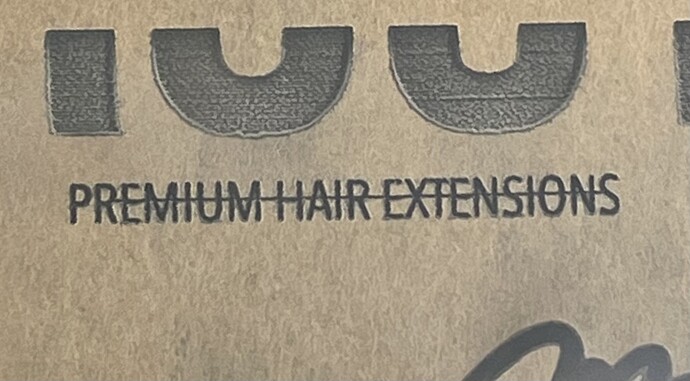 You have a stray node that is causing a random line as the Glowforge interface tries to close an open path. You can rasterize your file, or hunt down the stray node. There are numerous posts about this in the forum. Search “random line” or “stray line” for more info.

Would a stray node make it so only sometimes it is engraving a straight line? this picture was the fourth time I was cutting the file. So the first 3 didn’t engrave a line across. Same with the cutting board. I was doing two. The first one engraved perfectly on the cutting board, then when I put the second cutting board in, same file, it cut the straight line.

Yes it could - one way to avoid is to use raster engrave artwork instead of vector. Then there are no nodes to worry about.

The gf process of closing nodes is sort of an analogue process so where it tries to connect an open node to is slightly random. That’s why you are seeing this pop out randomly.

As stated the easiest way to solve it is rasterize. Removes all nodes and makes a static image. Vectors are drawing instructions we interpret as pictures(or whatever: lettering in your case).