Engraving from an AI or Illustrator PDF File

New user here. I am having an issue with engraving/cutting files coming in from Illustrator as PDF files or AI files where it always wants to engrave the inside of shapes… even with no fill. For instance… I am trying to engrave/cut a logo from a piece of wood. The logo has two concentric circles with a vectorized paw print in the middle and words around the edges. The glowforge engraves the letters and paw print perfectly… but when it gets to the two concentric circles… instead of just making a ring with no fill… the glowforge engraves the entire center of the circle… essentially wiping out all of the engraving it just did. I made sure the file was not filled when saving it in Illustrator. I don’t understand how to make it just draw the ring without engraving the whole center of the circle.

It’s a feature, not a bug

To make it engrave a circle you need to fill your widened stroke line in Illustrator. If you solely do a single line (even a thick one) it will either cut, score, or fill in the entire circle

I attached the photo so you can see what I am trying to do. I made all of the things that I wanted to engrave in black… and placed a red line around the edge for a cut line. My problem is that it is filling in the circles.

It’s probably going to help a lot if you upload the AI file here so we can take a look at how it was constructed.

Zip it first, then drag and drop the zipped file into an open post.

Attached above as an Illustrator PDF. 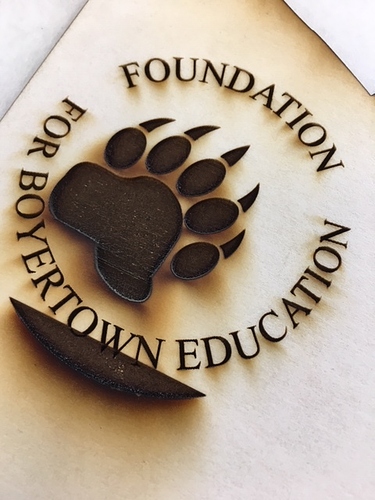 Okay stand by…I see what it’s doing… you can just select the black “rings” in Illustrator, click on Object >Expand, and they should turn into the correct compound paths that you need for engraving.

Resave your file after making that change.

Trying that now! Thanks and ill report back

Tutorial you need to go through to understand what’s going on with the design here: 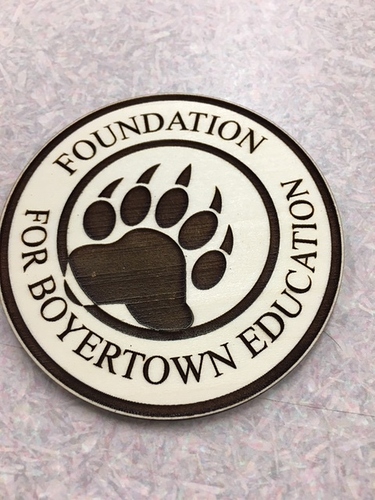 Success… you were right. I don’t know why that worked, but it did. Other than the free files that were on the machine, this is basically my first cut. I guess I still have a lot to learn.

A few things…there’s a list of suggested reading here:

Getting started Problems and Support

The Glowforge team recommends working through your first prints by following along with the examples shown here to learn where everything is: They have also recently added instructions with video on using the Manual settings here: Working with Manual Settings And there are methods for Enhancing your Photo Engraves and Cutting Out a Shape as well. (You can click on the topic headers in the left-hand column for even more information.) That particular page is also handy if you have any p…

BTW, wasn’t sure if you were going for that effect or not, but overlapping vector engraves tends to cancel each other out in the Glowforge interface, so that’s why the paw turned white where it contacted the ring. You would need to Merge (Union) the two together to keep that from cancelling out.

Thanks for the answer @Jules, that’s right. I’m going to close this thread - if the problem reoccurs, go ahead and post a new topic. Thanks for letting us know about this!