I recently tried to engrave a Vector image on some colored poster paper. I was surprised at the results and thought I would share them with you. Settings were 500 / 18 pwr. 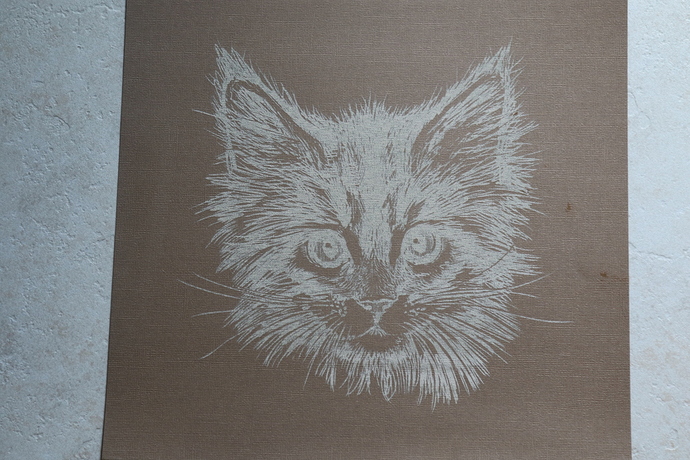 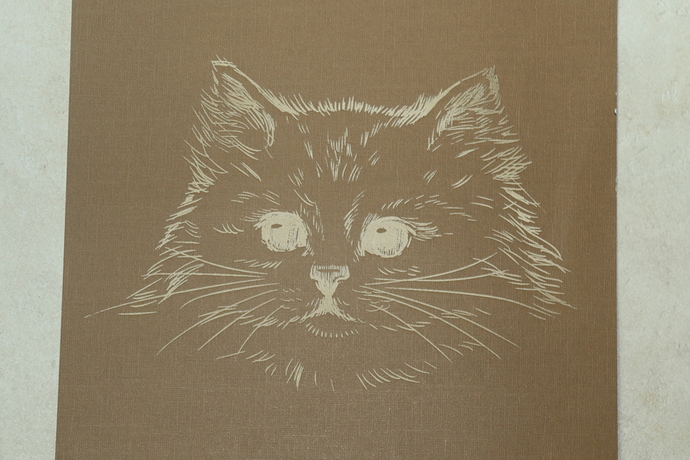 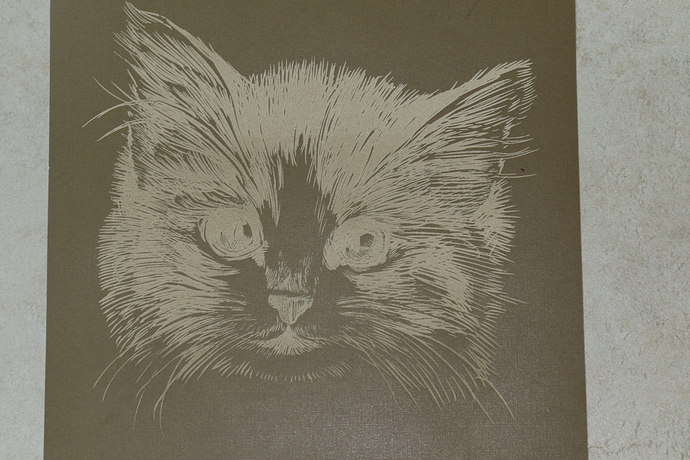 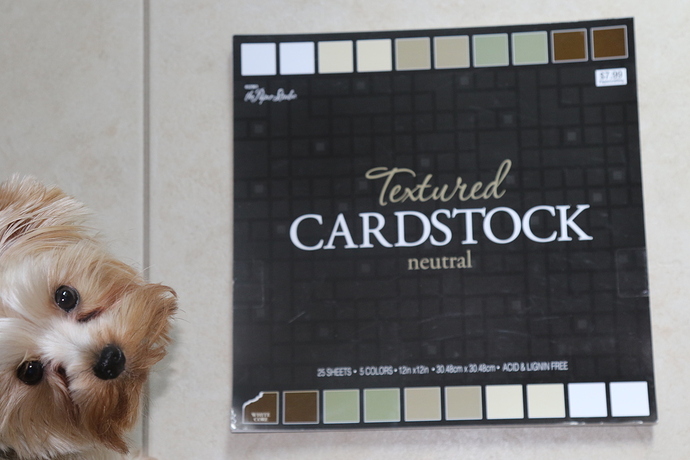 The cat’s eyes look a little creepy, but otherwise they turned out pretty neat. I got the paper at Hobby Lobby.

Cool project! The results are amazing! and the puppy is sooo cute!

How long was the print?

Cool project!!
Would be curious how this would have looked inverted. Less creepy?

Oooh! I think I’ve got some of that! Going to have to experiment! (And agree with sunny that pup is adorable!)

Nice! I will have to give that a try. Thanks for sharing!

There’s something oddly spooky about that second one in particular that I love. The negative space maybe? Anywho, it’s exciting to see more projects in paper!

I don’t remember how long the print took but believe it was around 25 minutes. I took the pictures with the prints on the floor so I could get far enough away to focus, but the dog kept looking up at me and throwing the focus of my camera off.

Took me 30 seconds to realize it’s a dog, no joke! I’m sitting here like “what IS that?” BAHAHAHAA!!

Is that your puppy or a picture…can’t tell…although it looks like its thinking why the heck are you making all those cat pictures when my cute face is right here!!!

It is a real dog. He gets into everything and thinks we are here just to play with him.

thinks we are here just to play with him.

He’s right, isn’t he? My kitties know that too…

we are here just to play with him.

That bleaching thing is really cool. Defocus the tiniest smidge?

I kind of cheated on the focus. I told the glow forge that it was proof grade veneer. Its just the low power settings that lightened the paper. I tried blue poster paper and it did not mark it. I turned the power up and ended cutting through the paper.

Pretty cool that it engraves ‘white’ like that. Here’s the inverted version if you lasered it on wood or any other material that darkens when engraved. 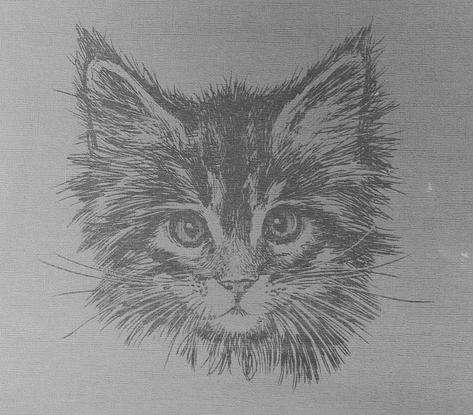 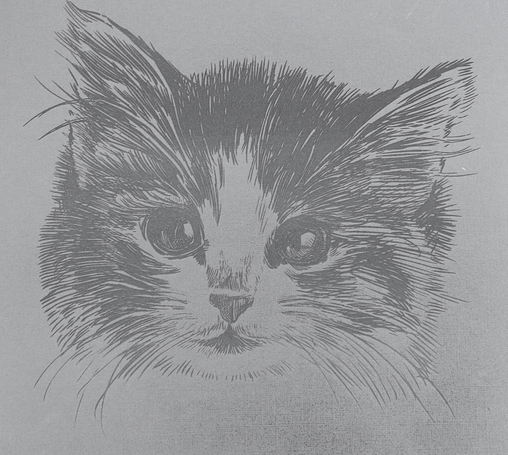 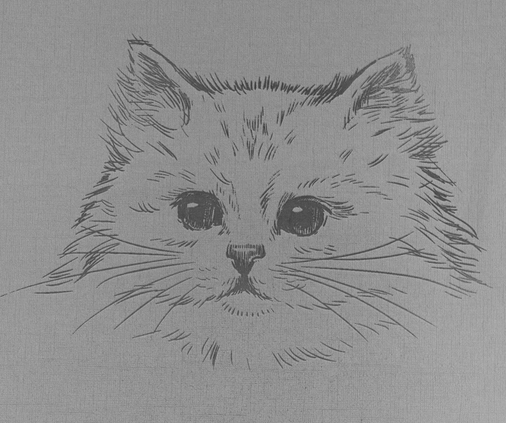