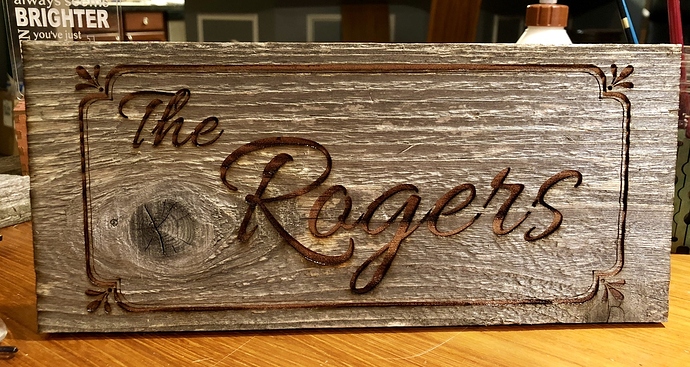 Lovely sign—it has such great texture!

Great work and as @cynd11 said good to see more textured woods used and something with a bone fide knot in it!

Very artistic framing of the knot!

I guess if you used different LPI for the two elements it took longer to complete? It’s two totally different engrave actions?

Stunning! What’s the board’s thickness/size if you don’t mind my asking?

Thank you so much for including the info for making it. What is the thickness of that piece of wood? Great job!

something with a bone fide knot in it!

I wasn’t brave enough to try engraving ON the knot, so I used it as decoration instead. I was still a little worried the denser wood around it might mess things up, but it worked out fine!

Yes. It probably would have been separate anyway, since the paths weren’t combined. It didn’t end up making much difference, I just thought it might result in slightly different engraving colors and add some interest.

Hmm, I wonder if you could 3d etch this weathered texture into other materials?

Ooh! I don’t see why not. A grayscale image of it should work as a depth map, shouldn’t it? Want me to send you some photos of blank sections to play with? Better yet, maybe I can dust off my old flat bed scanner and see if it still works. (Later, though; I’ve got Gkid today and she’s graduating to a new belt color in karate this morning.

I’ve got two 6’ by 8’ panels of old cedar fence sitting out back (getting even more aged!) once I use up the stack of a dozen or so 2’ pieces I had stashed away for crafts, so I need to think of a lot more stuff to do with it!

Very artistic framing of the knot!

Thanks! I spent a couple of hours trying to come up with some sort of design element to add to the plain text before I spotted the knot and decided to use it as one, instead. It’s actually the back side of a failed etch where a slight warp in the wood made it just a hair too high for the laser and it got pushed around by the head so I had to abort it.* So it’s not something I’d give anyone else, but it’s just fine for my own front porch. I’ll just mount it with screws so the back won’t be visible!

*Which is why the thing published just prior to this was my X-Risers!

Hope you aren’t upset but I took your photo, healed out the text and border, made a Photoshop bump map, adjusted the levels a bit and sent it through as a 3D engrave on a piece of Baltic birch. 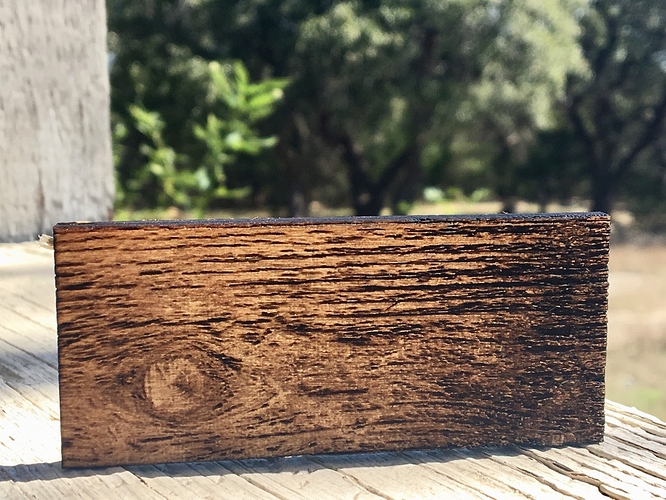 I don’t even know, this is some woodception level stuff going on right here.

I should also mention that I took out anything pure white (so the entire surface would be engraved at least a bit) and set the min power to 5 instead of zero.

Can you soak one end of that in vinegar?

I brushed it quickly with denatured alcohol. It was more from the lighting on the original image and that I didn’t take the time to lighten up the far end when prepping. A quick few seconds with the dodge brush on some of the midtones and shadows would have adjusted it.

As I engraved it: 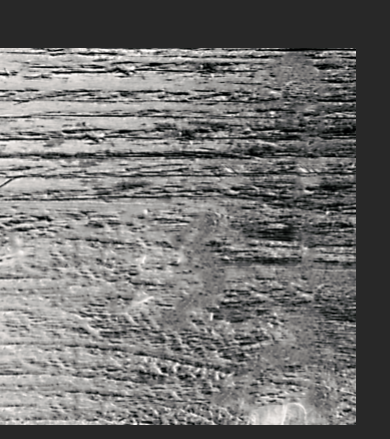 About 15 seconds with the dodge brush: 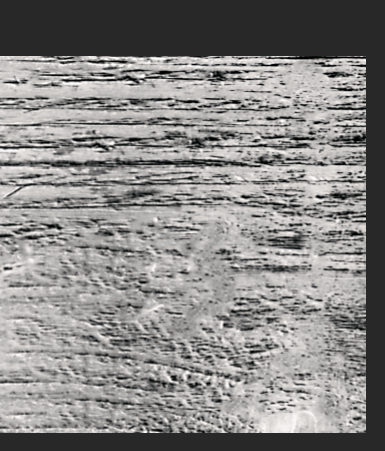