I attempted to cover up the engraving on my husband’s old iPad so he could sell it, using the apple engraving settings that have shown up around here a few times…

Unfortunately, Apple’s engraving settings much be much deeper than ours, so it basically just looks like the text is highlighted now. (I blurred out the rest of the inscription. It all looks like the “For Stephen” part.) 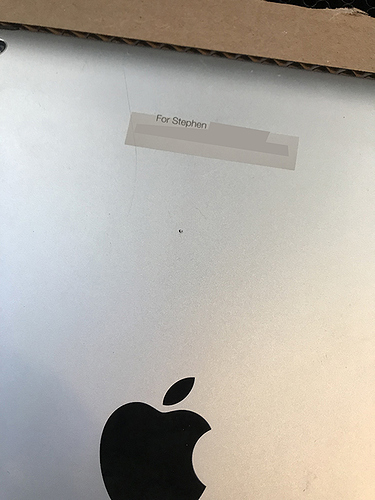 I don’t think there’s any real workaround, I just wanted to save folks some time if they were planning on trying a cover-up of their own…

I’d go with a Dremel polishing wheel of some sort. Start with semi-rough grit and move on to finer and finer.

That’s what I did to the edge of my iPhone 5.

Its likely that Apple uses a fiber laser…different marking. Idk

Wow. You aren’t kidding! I blasted the little [32GB] at full power, speed 200, twice and this is the result. 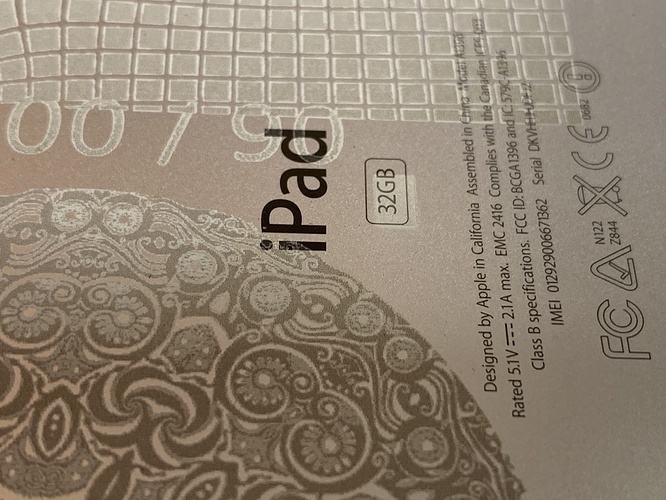 Ok maybe forget the angle grinder and go straight for the blowtorch?