I know @takitus asked for this a long time ago here: https://community.glowforge.com/t/repeat-last-job/6565Job. And others may have asked for this too.

But I’d like to add my vote that repeating the last job quickly would be a very useful feature.

My son is participating in a sale this week, and he wanted to sell a card game he created. We used the GF to cut the cards, and the card boxes. We cut 30 boxes and 95 sheets of cards.

Each box took about 1 minute to cut, but the process of scanning the bed, waiting for the image to appear in the UI, pressing print, waiting for the scan and preparing file, and pressing the button added about 3 minutes to each box. So instead of a 1 hour job to cut 30 boxes, it was about a 4 hour job.

It would be great to have a “batch mode” selector in the UI. If that is selected, as soon as you finish cutting the a job, you open the lid, replace the stock, and close the lid. When you close the lid, the GF button should start glowing again and when you press it, it should repeat the exact same thing it did last time. No pictures/scanning/job prep/etc. Just do the same thing again, and again, and again, until you hit Cancel/Done in the UI.

For anyone that needs to make multiples, this would be a fantastically great improvement.

To throw another couple of use cases in there:

I have a tape index mark that I align material to. I then place material and make a cutout. Often, I need to make multiple runs of the same job for multiple cutouts.

After I finish up what I need to do with the cutouts, I place it back into the outer material and make my final product - this is after a quick score to verify accuracy. Sometimes I need to adjust the material just a hair.

Repeat last job would be so useful on both accounts.

Another use case - I engrave coasters, using a sheet of cardboard with holes in the position of the coasters. If I could just swap in more coasters and hit the button again, that’d really speed up production.

It’s a standard feature on my 20-year old CNC router - just press the go button twice and it will do the same exact job as before. No re-homing of the axes, no re-calculating the zero height of the workpiece, no setting the feed rates, etc. A very handy feature indeed.

I’ve already come across situations in my nascent (4-day old) Glowforge career where this would be a useful feature.

Something related - and maybe there’s a way that I haven’t figured out yet: While it’s cool to be able to see the material and drag the artwork onto the location you want it to be, it would be also very useful to be able to specify in the UI an absolute x,y coordinate for the job to start.

For example, this dialog box from VCarve Pro would be very useful for positioning artwork in the Glowforge bed, especially for doing repeat work. 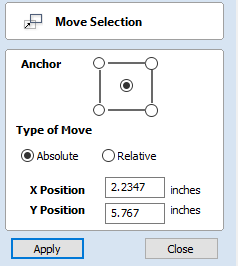 Ew! OLD machines do it? Glowforge is young and hip and doesn’t do things the old way.

specify in the UI an absolute x,y coordinate for the job

It’s getting time to get those enginerds off the production line and back in the cube farm!

Now that I have mine, that’s easier to say…

It’s in the hopper! 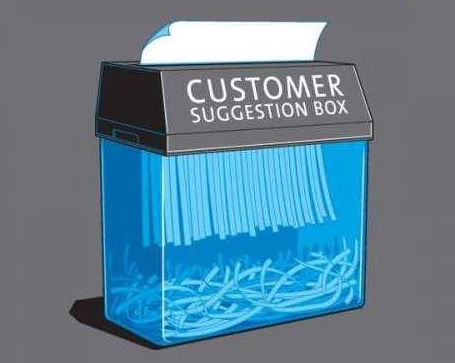 Just a thought on this – I would definitely want some kind of confirmation dialog on this feature. “Are you sure you took out the old piece and put in a new one of exactly the same kind and in the right place?” Or whatever.

I don’t mind there being a confirmation, as long as it does not add more than a few seconds of time to the process. This is a special run mode, not the default.

This is all about shaving off as much overhead between each job. If I’m doing 100 items in a row, and we add 10 seconds per item for a confirmation, my whole job is now taking 16 minutes more. And I have to click “yes, I placed things correctly” 100 times.

In my dream world, the confirmation would be purely an “are you sure” button. So it would add just a few seconds at most.

I would think that the special mode might even be usefully limited to files that already fit in the buffer, so that there’s no communication with the cloud needed.

I’m also concerned about where this dialog occurs. I assume on the GF UI on the web, since there is no screen on the GF itself. Sometimes, my computer is not right next to the GF. So having to walk over to the computer between each run might be adding a lot more.

Having to press the GF button twice to run the next job would be ok. If they have the possibility of changing the button color to another color that would help. After the first job, the button turns red. You press it once to confirm you are ready for the next job, and it turns white, and press it again to run the next batch job.

I’d be ok with that. Anything else to me is adding unnecessary overhead.

Perhaps a warning or description in the UI about how this mode runs when you start it would be better than a prompt between each job.

Each box took about 1 minute to cut, but the process of scanning the bed, waiting for the image to appear in the UI, pressing print, waiting for the scan and preparing file, and pressing the button added about 3 minutes to each box.

Probably needs three minutes to cool down! If they added a repeat last job the duty cycle would go from 25% to ~100%. Can the cooling system cope with that?

In this case, my job was only 1 minute each. I could run 20 of these in a row, and it would the same as a 30 minute job (with 30 seconds between each job to swap parts). If the GF needs to cool down at one point, that’s fine. But don’t add an unnecessary delay between each job to perhaps cool down.

Can the cooling system cope with that?

Good question. I have run engraves and cuts that lasted well over an hour of continuous operation, in an air conditioned room, with no sign of over-heating. Though it took at least 30 minutes to upload and prepare the job.

I think this would be very, very useful. I’m a bit surprised this feature isn’t already there. Here is a complete UX proposal:

Great proposal. I like it being optional and defaulting to off, as doing this accidentally could be bad - imagine a user who’s not expecting it triggering re-cutting the previous cut when they thought they were setting up for the next print.

Thinking about it, this should be quick to do, but unlikely to do accidentally. How about:

This is going to sound stupid, but what the heck: If this feature is developed, there should be a custom escutcheon with suitable warnings and instructions/reminders in the design catalog, and repeat mode should be disabled until the escutcheon has been downloaded and printed.

I consistently run 20-25 minute, full power cuts back to back (for several hours cumulative) with the only pause being switching out material and reloading the file. The design takes about 60 seconds to process the motion plan. (On a Pro)

Iteration is an important part of UX design. And clearly I’m slightly hampered by not having my actual Glowforge yet. Even though we don’t even know if anybody from Glowforge will listen, I’ll revise…

In response to what @laird said (italics are changes), unusual button presses are hard for people. Some people can’t double-click the button on their mouse even after years of using a computer. My mom is one of these people (though I won’t be letting her use my Glowforge).

@paulw: by “escutcheon” do you mean something to go around the button? If so, I love the idea of making one available, but I do not like the idea that anybody should be forced to make one.

Yes, something that goes around the button. Sometimes even with a section that fits on top.