So sometimes (often) you design something which needs more than one sheet of material. You upload sheet 1, have another inspiration and upload 20 more designs before finally uploading sheet 2, we all get distracted.

Wouldn’t it be great if you could have a folder structure or a grouping possibility so when you wanted to ‘reprint’ that somewhat ambitious table lamp or complex mechanical thingy-m-gig, everything was in the same place. Just open the thingy-m-gig group and there are you files to choose from.

In addition if you allow infinite groups then you could store all your seasonal products (like Christmas decorations) in the same place making it simple to find that design you uploaded 12 months ago.

Doesn’t hurt to ask again, but it’s been requested many times and is on the list.

Is there a feature requests list, I couldn’t find a section on it, if so is there any way to upvote requests?

No. Just a collective memory of the forum members.

They call it “the hopper” (search for that and you’ll find plenty of discussions) but it’s private/internal, not something any of us have access to.

Basically, you want folders. We all want them, so you’re in very good company.

Folders or group by tag, I design these things so the system could have a grouping column in their database and then its a simple group by function with an if statement (if group display folder icon, else show individual file icon).

Maybe we also need t put in a request for a feature request section to the community so the admins can keep track of suggestions.

We all want them

I know I’ve added my voice to others’ who have requested over the years, but ya know what? I don’t remember if I’ve ever asked directly. Going to fix that right now… 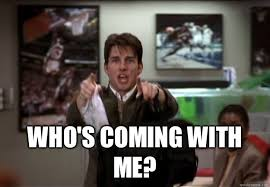 Ah, I guess I didn’t understand exactly what you were asking for in your first post. We have been asking for folders, but tagging files is an interesting alternative that gives you some flexibility to put files in multiple groups without duplicating. I guess that would work as well, but I would like the visual benefit of a folder/group view.

I’m sure they’re keeping track of at least things like this that have frequent requests. They couldn’t ignore this one if they tried! But a forum section couldn’t hurt so people can just add their vote to pre-existing requests.

They track feature requests in something called “the hopper”, if you search for that you’ll find a bunch of examples where features are requested and staff (or Dan) states it’s been added to “the hopper”…

well, in a way folders are tags! the files on the GF server wont actually be stored in a folder hierarchy (ok they might be) more likely they will be controlled via a database, this is why you only see the files you’ve uploaded because it says show all files uploaded by person x and order them by their timestamp. Now if you imagine a bad example… a spreadsheet with three columns: owner, file name, folder. You would add a folder name to the third column and then you could group objects (files) by those categories and display the collection as a folder. If you give a file multiple categories (tags) you can still display them in a folder structure to the end user, it just means multiple files will appear in multiple ‘folders’. I tried to put that in more laymans terms, on the technical level it is a database with a many-one relationship, or you could use json, or other methods.

But probably not. Just a location tag is what I would use if I were them.

probably not, but I’ve seen some weird and wonderful things in my time

Thanks. I have actually done some database design work, so I understand the basic mechanics. I was just trying to signify the difference between a file being part of one group (I.e. traditional folder systems) and multiple groups. And the visual experience of displaying files as groups by default vs. listing all files and then searching/selecting tags.

Functionally, it would be the same as “new posts” view vs. individual categories in the forum software.

Unfortunately, as far as I can tell, GF didn’t write the code that drives the GF home page app., so it’s likely it simply doesn’t support that.

Thanks for the suggestions! I’ll make sure the team gets them.