Feature that im not sure if I imagined up or if I actually have seen: Glowforge engraving the G symbol and then making a cut to hold objects to engrave

Feature that I’m not sure if I imagined up or if I actually have seen. I swear to god that I have seen a video that was a glowforge that used the Glowforge G to get the corners of a sheet of material and get an idea of the size of the material that it was going to cut out to hold and then later engrave. it made the jig/template and then the user put in the object such as a pencil and then engraved w/e the user wanted to be engraved on the pencils.

Am I absolutely imagining things or is this an actual feature?

I think you’re referring to the Snapmarks feature that was beta tested awhile ago. The demonstration case was engraving pencils

Unfortunately Snapmarks was a testing feature to gather data for calibration & ultimately the pass through software that will allow for seamless knitting together of oversized projects once its development is complete. It’s no longer being actively distributed or supported so only the people who were in the beta test still have it. It was machine (not user) specific and even testers could lose it if they needed to replace their machine.

Thank you! I was starting to think I was totally losing it… well more than normal XD.

This may contain the image in your head (though no videos): 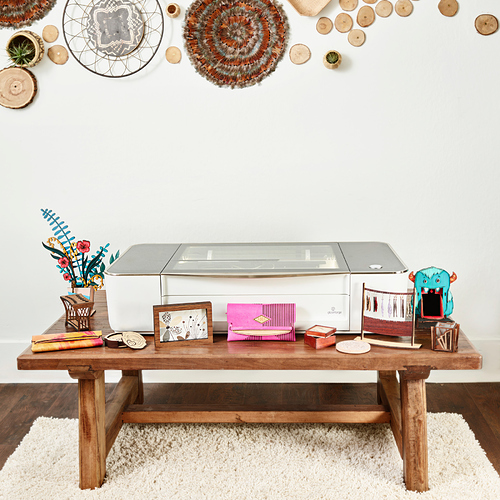