I purchased an engraving file from Etsy. Granted, it is a large file, but it was made for Glowforge and I’ve seen several examples of completed projects using this file. I have attempted this several times and the same thing happens. I get everything set up and hit “print”. It starts processing the file and about 10 minutes later it says “stopped” and I get a box that says there was an error with the file. My Wifi signal is good, I’ve tried multiple computers. I’d like to make this for my son for Christmas but can’t get the print to load. Concerned that I won’t be able to do any detailed engravings with my very expensive machine (Pro). 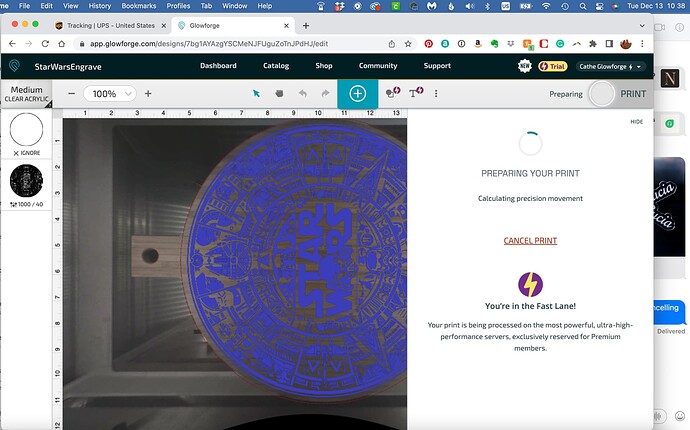 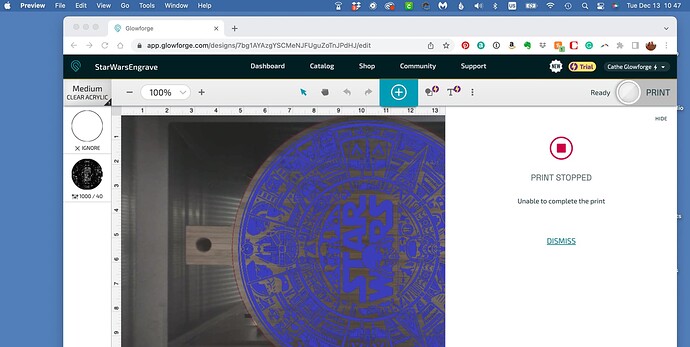 If other files will open and process normally, there is a problem with this file. You may have better luck if you rasterize it.

That file has been stolen. David Gonzalez is the original creator, he did offer it free for personal use back when he created it (2017 I think) but withdrew that shortly after as people were using it to create engravings for-sale. Now I see unscrupulous sellers are offering it on etsy. That one has been slightly modified, likely in an attempt to avoid any copyright claims.

As to why it won’t process, the original file is about 4x more complex than the GF can handle.

I was gonna say… That file looks awfully familiar!