My brother Rob and I worked together for the better part of this past year to create an award for a video festival. My brother was an archaeologist and a friend of his presents an annual film festival, The Archaeology Channel International Film Festival, which to this point has never really had an award to present to the winners. We offered to create an award for our material cost only, as they are a non-profit and it was our way of volunteering to help.

Rob and his friend are both in the same city, but I’m an hour + away, so it took a long time, many phone calls, emails, and many iterations to arrive at the final award. The logo was provided by the festival, the build was designed by Rob, and the files were created and cut/engraved by me. After many changes and prototypes, we finally finished it just a couple of weeks ago.

They are constructed to stand alone……4 panels of acrylic separated by standoffs and designed to use ambient light to illuminate. First panel is plain clear acrylic. Second panel is black acrylic with the logo cut out and with an inlaid engraved frosted acrylic panel showing the film name/winners name. Third panel is frosted acrylic with the film festival name and year, and the final panel is clear acrylic. 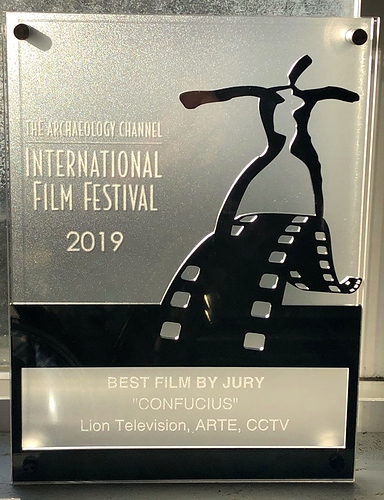 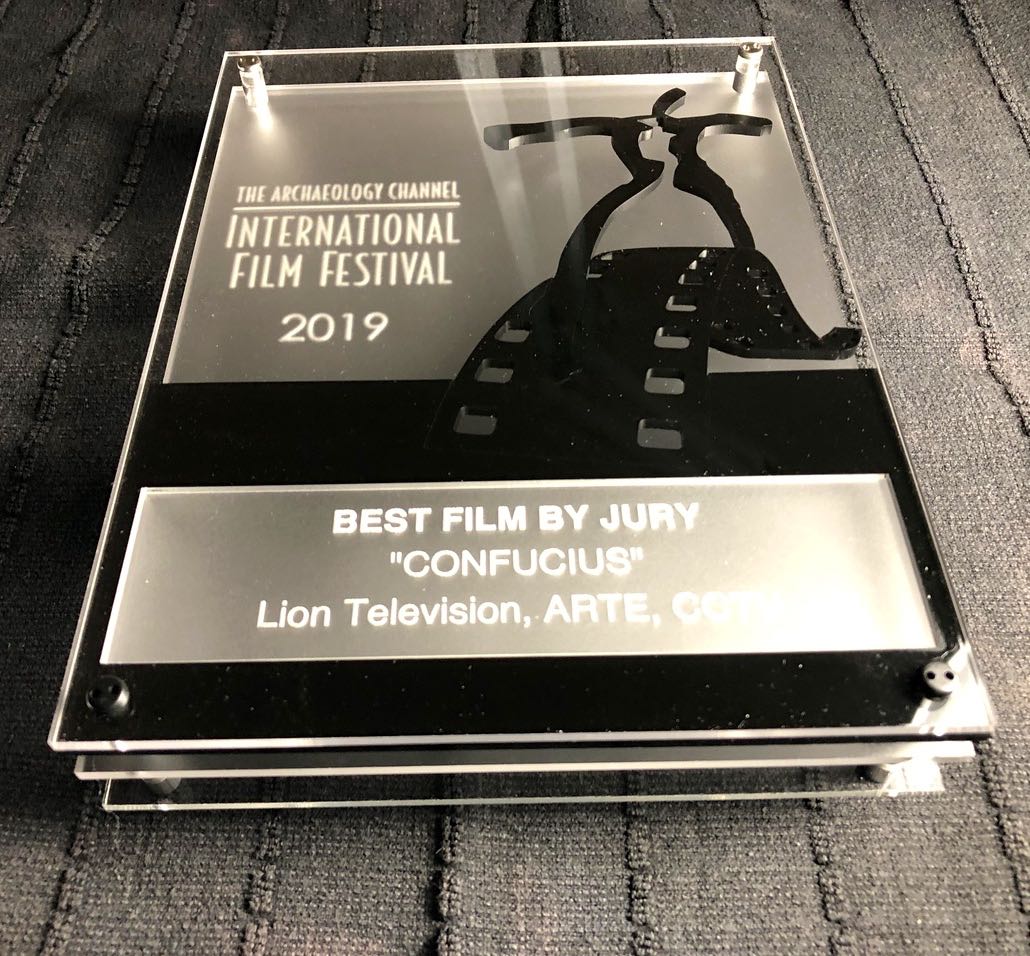 After I had cut and engraved all the panels, I mailed them to Rob and he assembled them to hand over to his friend.

During production and assembly it was a real challenge to keep the panels dust and fingerprint free, and even after being so diligent, you can see dust motes in these photos……but, it was the best we could do. I’m sure many of you know exactly how difficult it is to photograph acrylic successfully.

Love the design! Very appropriate for a film festival! Great job on them!

Those turned out great! How fun to collaborate with your brother to produce such a fabulous award. I’m sure the winners will be thrilled to receive these.

That came out really nice! So professional looking.

Oh my goodness! Beautiful work! I’m sure you enjoyed working with your brother on these.

Wish I had an answer for the dust that grabs onto acrylic to easily. It is so frustrating.

The awards are awesome, you did a great job with them and I’m sure the winners were pleased with their trophies

These look just fabulous and so professional yet unique. I’m sure the awardees will love and cherish them.
I learned another term: “standoffs”. half the time I just don’t know what I’m looking for until I learn about it here.

Have you tried one of those mini keyboard vacuums to clean in between? They’re surprisingly useful for other things than keyboards.

Very very nice. The layers with standoffs was a very effective design choice - gives them more gravitas than a flat plaque.

Chuckle! Exactly what I was thinking. Better prepare to continue to create awards in perpetuity, forever and ever, amen.

Great job on that! Multiple panels work so well.

And layers are great for an archeology award. Very cool design. Beautiful stuff as usual from you!

the dust that grabs onto acrylic to easily.

Rob and I both have some plastic polish that helps…and helps reduce static electricity which is the main culprit…but even after all that, they still attract stuff.

Have you tried one of those mini keyboard vacuums to clean in between?

No, but thanks for the idea. We’ve tried canned air and it works momentarily…then it all starts again.

and @Jules…we’re sort of figuring on it. At least by next year all we’ll have to do is re-do the snap in panel with the winners name/film on it. The nearly year’s time in designing and prototyping will be a thing of the past. The ‘heavy lifting’ will have been done this year.

Oh…and one little side note about functionality. I made several tiny spacers out of clear acrylic for Rob to use in some of the places with the standoffs. They were a size he probably couldn’t have bought and he was mightily impressed.

At least by next year all we’ll have to do is re-do the snap in panel with the winners name/film on it.

I’m not an artist, so I’m probably wrong here, but you may consider changing the 2019 as well. Although, would an archaeologist really care??? With rare exceptions like Pompeii, they’re not the most precise people when it comes to dates.

Well, duh…yes. That did escape me…but I’m sure we would have caught that next year.