Made with cheap craft 1/8" maple plywood. They needed 80 of these in less than 72 hours, so I didn’t have enough proofgrade on hand. But after they saw the scorch marks, they HAD to have it. I burned it upside down so that the scorch marks go “up”. I then had to monkey around with the settings to make the rest of it look correct.
My thumb is covering the company logo. 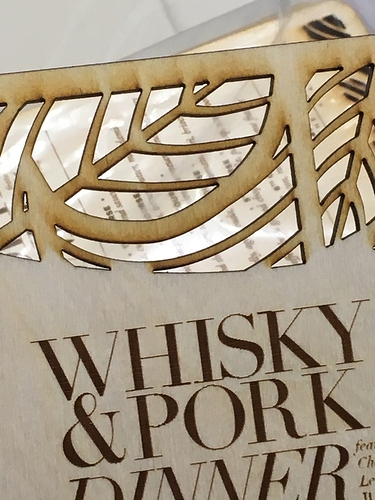 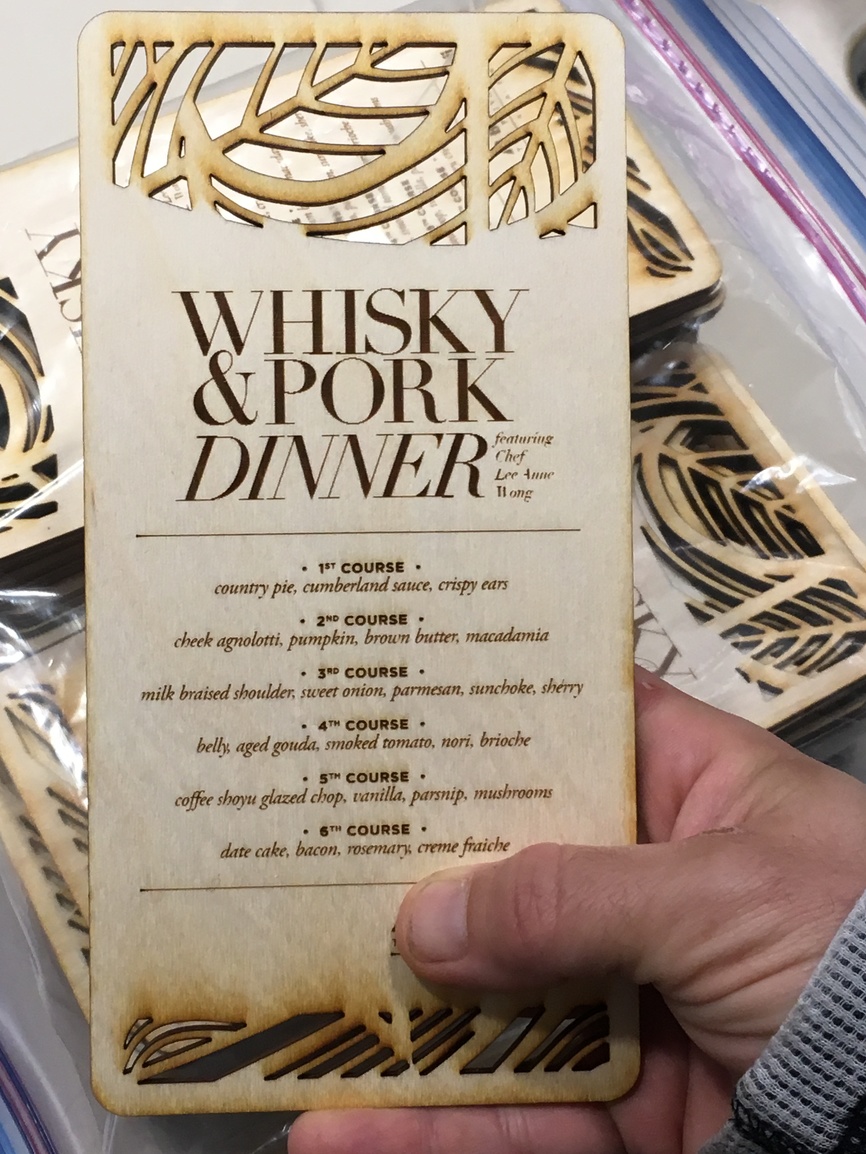 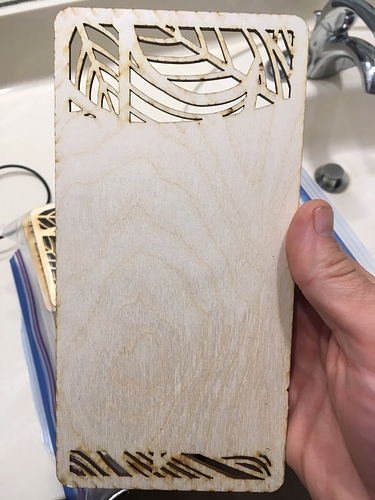 Looks lovely! (But wow, who could eat all that!)

Cool. Grab a 12"x100-yard roll of medium tack application tape (normal stocking item for vinyl cutters) to save you from the smoke stain when PG isn’t at hand.

Cool. Grab a 12"x100-yard roll of medium tack application tape (normal stocking item for vinyl cutters) to save you from the smoke stain when PG isn’t at hand.

That’s what I do, but in this case, the smoke ended up being a great part of the design!

Thanks! Good to know!

Looks fantastic! I’m curious…did they say why they liked the charred look so much?

No, but there’s someone between me and them. I think it just went well with the design and for some reason, goes with pork and whisky lol.

Understandable. I don’t hate the char, but you know so many people go to such great lengths to keep char off, it was just surprising to hear that someone actually wanted it.

I found an Etsy store where they make an attribute out of the “rustic” char.

I had a friend for whom I made a keychain thingee out of leather. Her question was, you know that stuff you put on it to keep off the smoke? Me: Yes. Her: Do you have to use it?

She preferred the smoked stain look on natural veg tan. So I cut her another one.

But wow, who could eat all that!

Those can’t be more than 4" x 8" of wood but, you’ve got a point. 72 of those panels would be a lot to chew. Maybe a ravenous pack of beavers?

Interesting…I’ll have to keep that in mind when I get my Glowforge.

That’s so cool! Yes, the smoke’s a design decision - I can see it going over well for a whiskey dinner.

Note too that much of the smell comes from the char, so for better or for worse, it’s going to smell very smoky without masking. Again, a big potential plus for a whiskey dinner!

What about masking tape? Will that work too? Just wondering!!

I think when you put pork, whiskey and smoke together you have heaven.

I’m curious as to how long that took for 80 of them… and what you charged… If you don’t mind saying.

Do you have to use it?

Flashover char IS a design decision, for some reason.
I ran into the same thing, the people wanted the char, and here I was going to extremes to prevent it, heh heh…
I had made a sample on an un-masked chunk. When they saw that, they asked if theirs was also going to be burnt. I replied, 'of course not, I will avoid it on the final ones.“
And got the same response as you, 'Do you have to?”

A is for Adventure…