I’m so excited to finally get my sublimation printer up and running!

It took several test prints and two tester mugs to dial things in, but I think I got it now. I had nowhere to share my excitement because I’m making Christmas mugs for everyone, but I figured it was pretty safe in here. 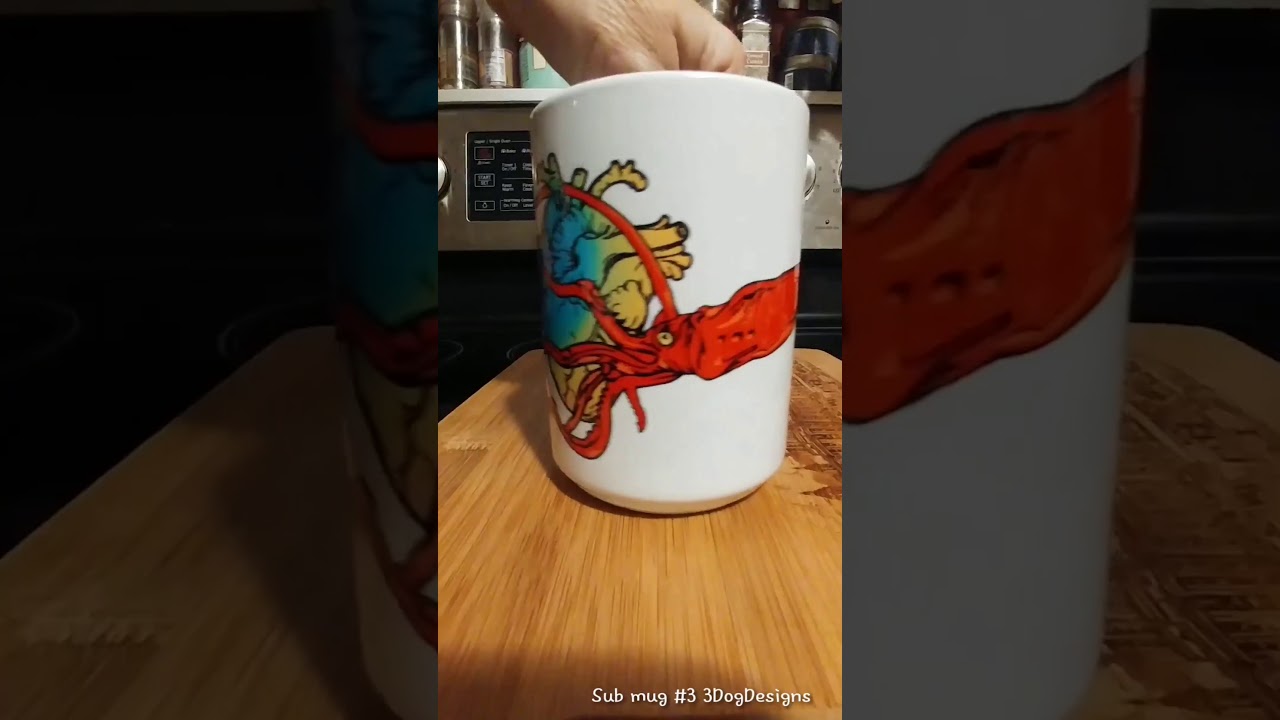 My 2nd mug attempt on the left was a lot better than the first attempt, but I think the next two attempts were so much better! 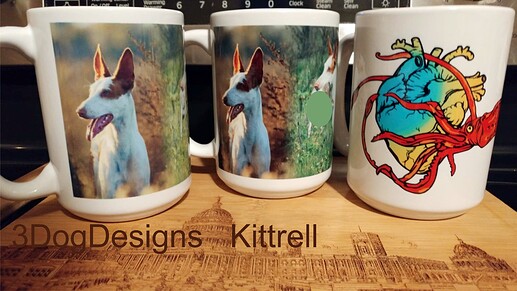 Looks great! I just did my first cup yesterday. Was much easier than I was expecting, I was nervous about setting up the cup attachment, but after 6 months of it collecting dust, I finally tested to see if it worked. My daughter wanted to make a gift, and I bought a thermal cup (6 months ago) and donated to her so she could make a gift for my husband.

It looks awesome and that drawing is adorable! I don’t have my heat press yet, but the convection oven works pretty darn well. I’ll probably still get a heat press with a mug attachment, but the oven is pretty cool too.

Damn it Jules, I told you not to look! And whatever you do, don’t go look at the cute little ecotank 2720 that you can get for under $200 at Costco.

(I have a Costco membership now too. Must. resist.)

I had to Google what sublimation is. I’m still not sure… but I’m already tempted to go down this rabbit hole.

I’ve tried not to pay too much attention to sublimation because it looks so cool and I definitely do not need to add more supplies to my hobbies!

Aw man, you guys. I have no need at all for a sublimation printer but of course I now want one.

Is that one of the metal “skinny” tumblers (around 20oz)?

Just about any Epson printer will work. Recommend the Eco-Tank with large format capabilities, but standard size will work if you’re not doing big items like flags, XXL clothing, blankets and towels.

I think this skinny tumbler is more like 16 ounces. I still have two coffee mugs and a beer stein I ordered at the same time. My son drew out a picture and I put it on a mousepad for my husband so they could each give him a handmade gift. 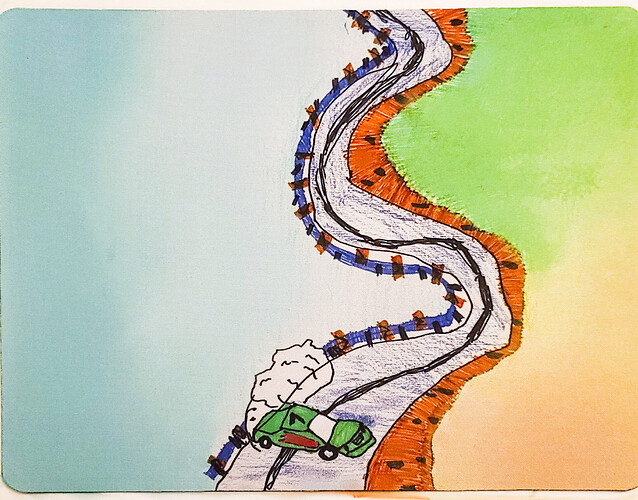 I know you just had success with a toaster oven, and that’s cool for doing lots of mugs at once. I really wish I had considered it.

But I love my heat press so far. Especially since it came with like 11 or 13 attachments and I only paid 280 after tax for it

. Cheaper than my 300 dollar Epson printer.

And I’ve been doing more sewing since I got it, because the thing I hate most about sewing is ironing, this makes ironing seams flat a breeze.

I have been trying to find the mug press attachment for that size of tumbler and can’t find one. I was considering getting an oven for them but not sure which one to get as most don’t have enough space to stand one up in them.

My press came with too many cups attachments. But I didn’t even have to change out the default one, turns out it was adjustable, so I just had to tighten this screw on the regular mug thing and it made it tight enough for the tumbler.

I’ve actually got these other 7 cup press things that came with and I haven’t opened them yet either. I have no clue what size or shape they are for.

My smallest one is still just a tad too big. Which press did you buy?

This exact one, I just pulled up my aliexpress orders to find it: 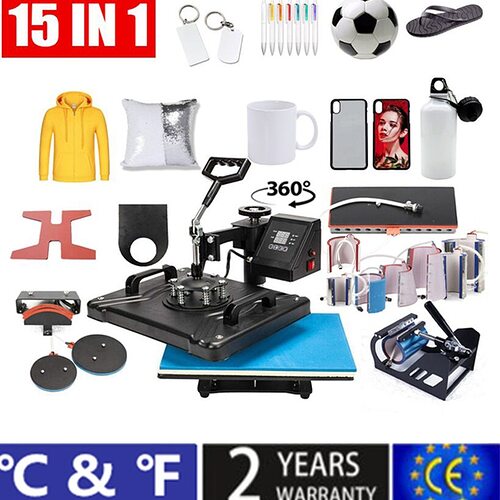 I guess it was 15 in 1 and not 11 or 13. I have all the attachments from the picture and it came with heat tape, shirt, mousepad, and hat to try out, and a bunch of A4 sized sublimation paper.

You can stand them up in the XL ovens, but you can also just lay them down and turn them half-way through. I found the OSter XL for only $90 on Amazon as a “moderately” dented return, but clearly the original buyer just changed their mind because there wasn’t a scratch on it and it had never been opened. Mine was the digital version though, and I wish I had gotten the knob one instead because the digital version only lets you adjust the heat in increments of 25. 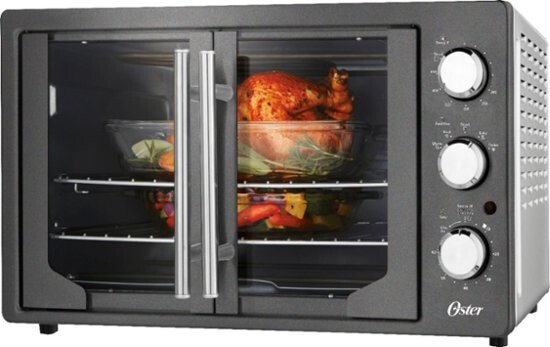 But I love my heat press so far. Especially since it came with like 11 or 13 attachments and I only paid 280 after tax for it

. Cheaper than my 300 dollar Epson printer.

Man, there’s such a huge difference between the cheap presses and the quality ones with not a lot in between.

So it’s either you pay a few hundred dollars, or well over a thousand+ for a quality one with a good warranty. I found a few in the $500 range, but the swing-away I want is not due in stock for another month or so and I’m almost tempted to just go buy a cheap Chinese one. Most of them are just the same machine rebranded and combined with different attachments and it can just be so hit and miss to see if you get a decent one. And they’re so cheap that normally I would roll the dice and hope to get a good one like you did, but the heating part is a bit of a game changer for me because so many of them catch fire from faulty wiring and controllers. Then there’s all the broken handles made out of pot metal and uneven heating across the plates etc. But, a lot of people like you get a decent one, so you just never know.

I looked through Amazon and was really dissatisfied with the selections and reviews. I figured most of them were dropshipped from aliexpress anyways, so I went direct. Then I went through and found a seller that had been open a long time and had good reviews. I heard that was key, always find a seller open at least 2 years.

My press came with 2 year warranty and lifetime tech support. I also contacted the seller and they told me if something was wrong with it, since it would cost so much to ship back, they would just send me another one or refund me. So on top of that and Aliexpress’s refund policy, I felt that I was at a minimal risk.

I opted for free shipping, which is the slowest and could take up to 3 months with no tracking. But not only did the seller send me tracking info for it while it was in China, but they said once it gets to the US, I would be issued a UPS tracking number. So I tracked it through China, then got worried because I got no update.

But the day I got a tracking number for UPS, it was already at my door. From payment to receiving it, was just shy of 30 days. I actually got it quicker than something I ordered that was supposed to only be a few miles away.