I have a grid template I cut 0.80" squares out that worked perfectly. Now I’m trying to engrave on the top of the 0.75" blocks I have set into that template grid. But the fisheye is so extreme (these are only 0.75" cubes, but you’d think they were 4" tall by how extreme the warping is at the edges). But my question is, where do I set my images to engrave? Do I set them to engrave as if it’s flat, in the original spots for the squares that I cut for the template or do I engrave them so they look like they’re on top of the blocks via the camera? My gut says to ignore the camera and make it so they look like they’re centered in the “holes” I cut in the template board underneath.

I don’t want to waste a bunch of blocks or mess up my machine. Note that I have done all of the calculations for the correct depth etc since I’m not using the crumbtray. 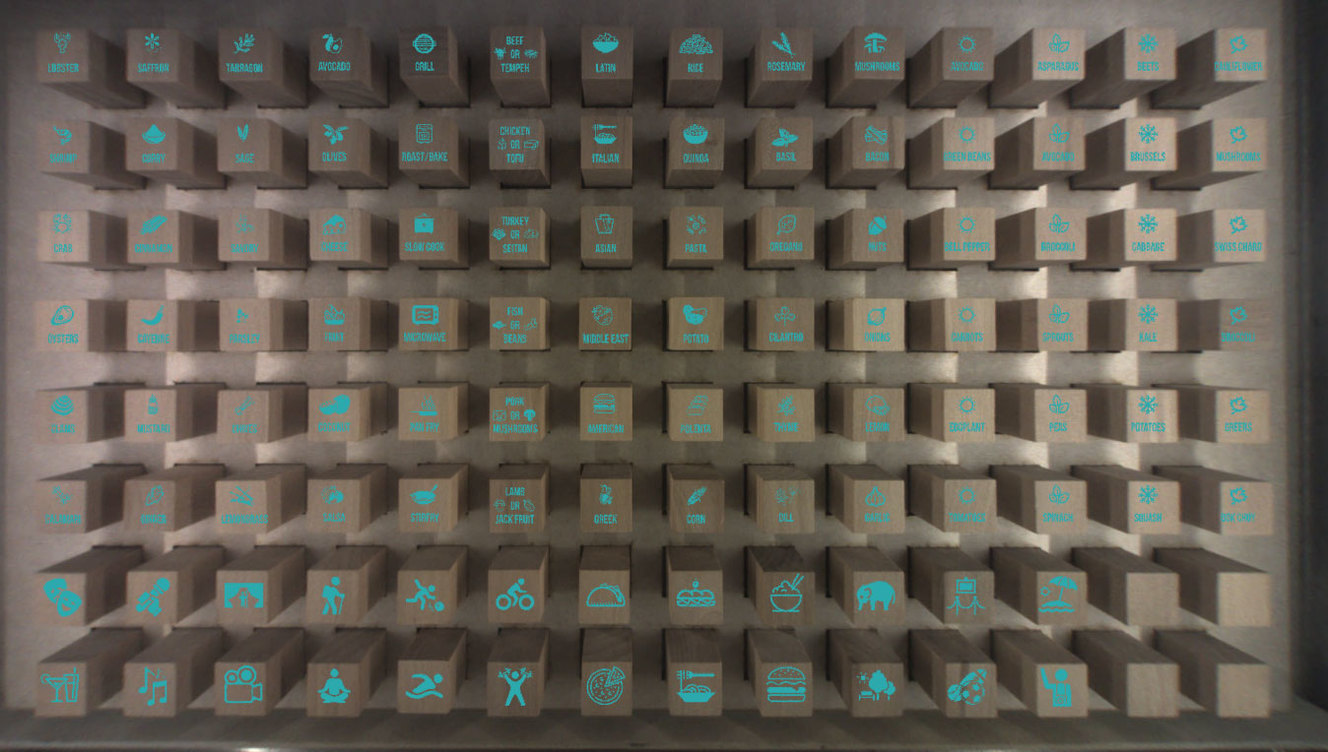 See the second image for what I think I should do. You can see the light grey square outlines for where the original cuts were, then the icons are centered on them properly, but look totally jacked on the camera. 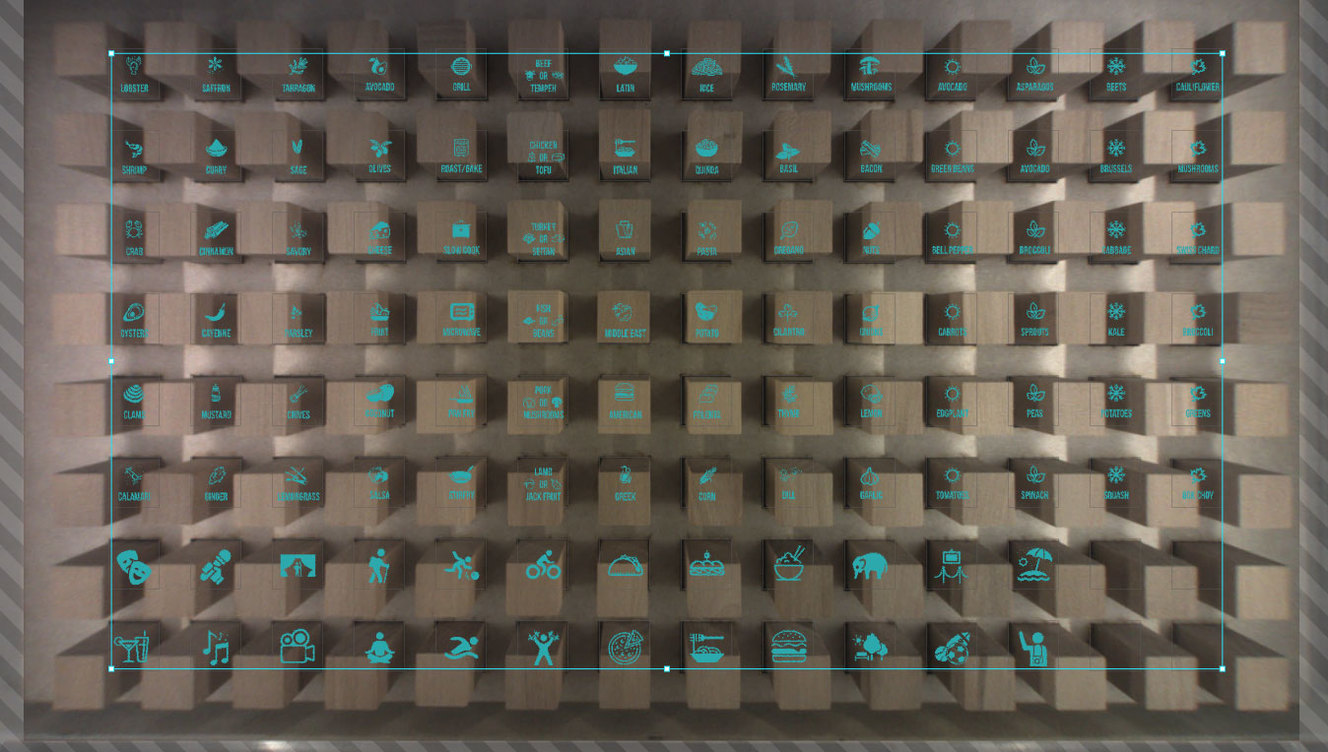 If the block artwork is in the same place in the artboard (12x20" one) as the squares you cut out, then you set the focus at the top of the blocks and then get the one that’s directly under the camera lined up. That should put all the other ones where they belong on top of their respective blocks without regard to how it looks in the camera.

If you set the focus to be in the holes then the block engrave alignment will be off because of the height difference between the holes and the top of the blocks.

If it’s the same design file just with the boxes cut out first for the holes and the block text ignored, and you didn’t move the jig material after cleaning out the holes & inserting the blocks, you turn off the cut and turn on the engrave, don’t move the design but still set the focus to the top of the blocks so the beam is focused properly for the burn height you want.

I’d try it with just 1 block at first and then pull that block before doing the others.

If you include the engraving in the original file that you used to cut the grid, the alignment will be perfect without having to place the engraves using the camera.

I realize it’s a little late for that sheet of plywood, but it’s probably going to be worth it to rework it.

You would place your engravings relative to the cuts in the grid, set the engraves to Ignore, cut the boxes, put the little things into the holes, and then run the engraves. (Turning off the cuts the second time.) Make sure you tape the backing piece down so it does not move at all.

(Oh, and elevate the plywood sheet so the surface of the sheet is at a level with the top of the things - you will want to drop the things down into the holes and not change the focal height by too much.)

Very good suggestion to do one first and see if that works.

I believe I’ve done the math right on that.

I agree, I should have had the cuts with the engraves and then just ignored the cuts the second time. I’m guessing it would be best for me to redo it. Gah that sucks to remove all those blocks and redo the entire thing but I will be doing a lot of these so I really should. I don’t want to adult and do it right!

Now a new question – since I can’t use the crumb tray because these are 0.75" and I will be doing a lot of these I assume the best thing to do is to use a scrap piece of wood that’s around 0.7" and then create a custom jig with it that will fit in the glowforge in the same spot each time with scrap wood on the bottom so the first cut is okay to cut into the 0.7" scrap wood as it cuts the 1/8" proofgrade to make my block jig. Then just place my little blocks into it each time and keep the same file (same file for all engraves) and ignore the camera.

Does that sound right? Or am I over thinking this?

It all depends on how tight your position tolerances are.

If alignment is key, you’ll need to cut a reference edge or corner to seat your jig in each time. I did something like that with some slate coasters that, for irksome reasons I won’t go into, required right alignment and cutting one at a time. Let me see if I can find it… here we go:

If it were me I’d adapt this technique to get a rock solid alignment before every engraving run (or set of runs).

Edit- I did a similar technique here with one edge alignment on my cheese board:

You can see my alignment cardboard on the left side of the slate in the second picture. While a corner is more securely aligned, it can be done with a single edge.