Hmmm, it’s been a while…let me see if I can find it again!

This is all I can find – see if it does the trick. 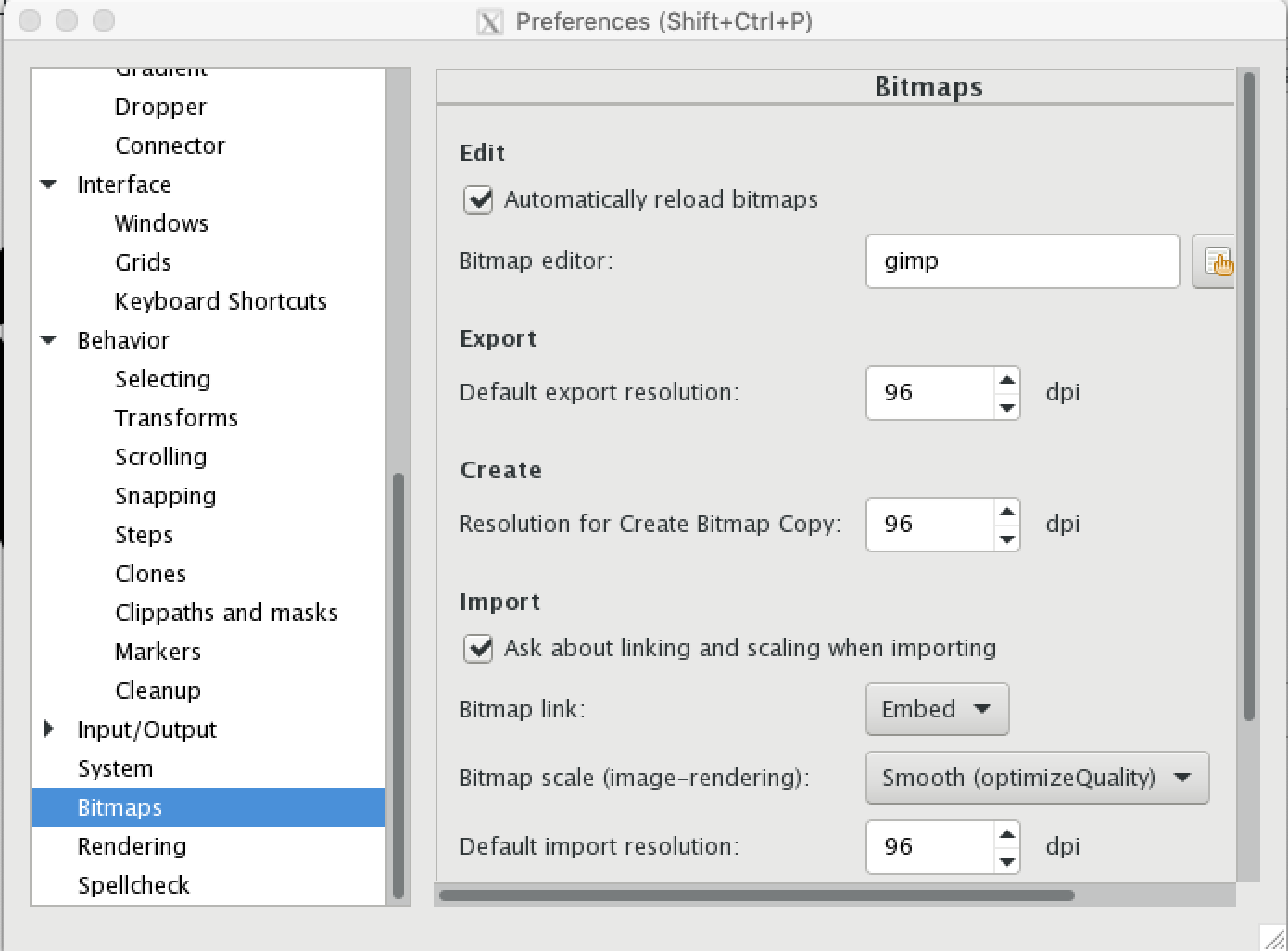 Most of my projects dont take up a full board (and I had no idea this one did, since all I did was open it, so I had no idea why it would scale, shouldnt it stay the same size if I did nothing to it?

Also, Why would I want a full board instead of making it the size of what im actually making? Just not following, thanks!

Edit: Also, I just scaled it up so the side of the long edge is 6 inches, and its now a total of 13.535 inches long, larger than a full board. Did I do something wrong again? lol

I’m not sure i can explain it right now…little fuzzy.

You can place the file anywhere you like on the board, but use the full 20" x 12" artboard. There is a workaround by Glowforge that corrects for resizing issues between design programs, but the ratio on the artboard needs to be that size. (The size of the bed.)

If not - Adobe Illustrator (which I believe Dan used to create the original file) exports SVGs at 72 DPI, and several other programs (like Inkscape) import at 90 or 96 DPI, depending on the version you have installed. (For instance…96/72 =1.33333.) So things get resized between the programs people are using, when they try to open an SVG that was created in a different program.

Unless you want to teach yourself what each and every program imports and exports at by default, and hope that whoever created the file didn’t change the default, so that you can scale the sizes when they get to your software, you’ll want to just use a 20" x 12" artboard and the GFUI should handle it for you, and it will stop rescaling the results in the GFUI.

Not going to work though without that size on the artboard. From whatever program you are using. (There’s a heck of a lot of historical discussion on this elsewhere in the forum, but finding it would be beyond me right now.)

We do have the instructions for how to correctly save your files in SVG format here, to keep resizing from happening:

Hmmm. So I wanted to change the engravings on the sides, so I saved it and opened it in Inkscape. I guess that caused the issue, but since I don’t know what the initial dimensions of Dan’s file is, I’m still thinking it would be 1.33333x smaller in Inkscape no matter what, even if I put it on a 20x12 sheet. This feels like a thing you do as the creator of a file, not as the opener of a file, right? Or maybe I’m still now following somewhere?

So I wanted to change the engravings on the sides, so I saved it and opened it in Inkscape. I guess that caused the issue

Yep. That’s exactly what caused it.

This is the file opened directly into the GFUI, without taking it into any other programs for modification first. It loads at the correct size. 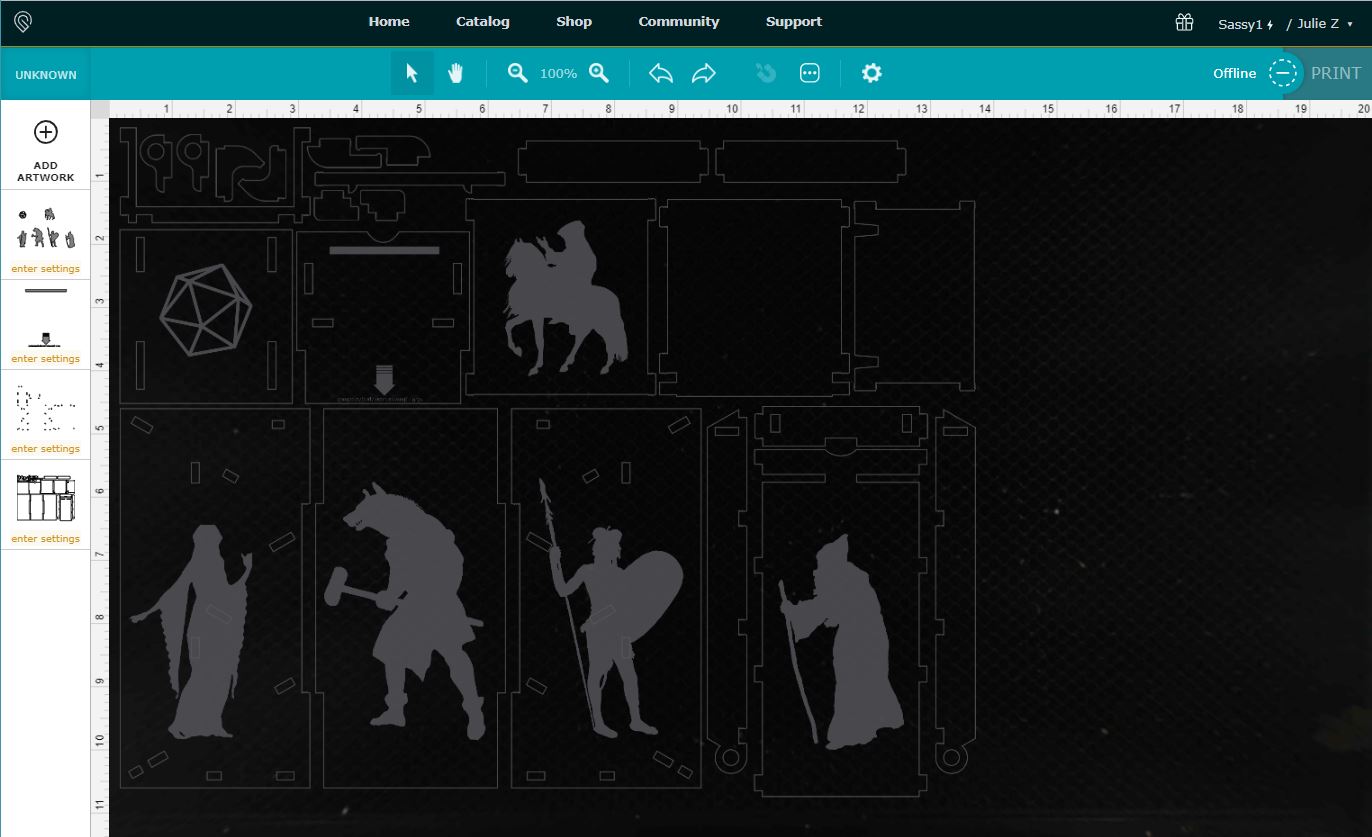 This is the same file after opening it and resaving it in Inkscape. It was resized when it was opened in Inkscape. (That’s because AI exports natively at 72 DPI and Inkscape imports assuming it was 96 DPI.) 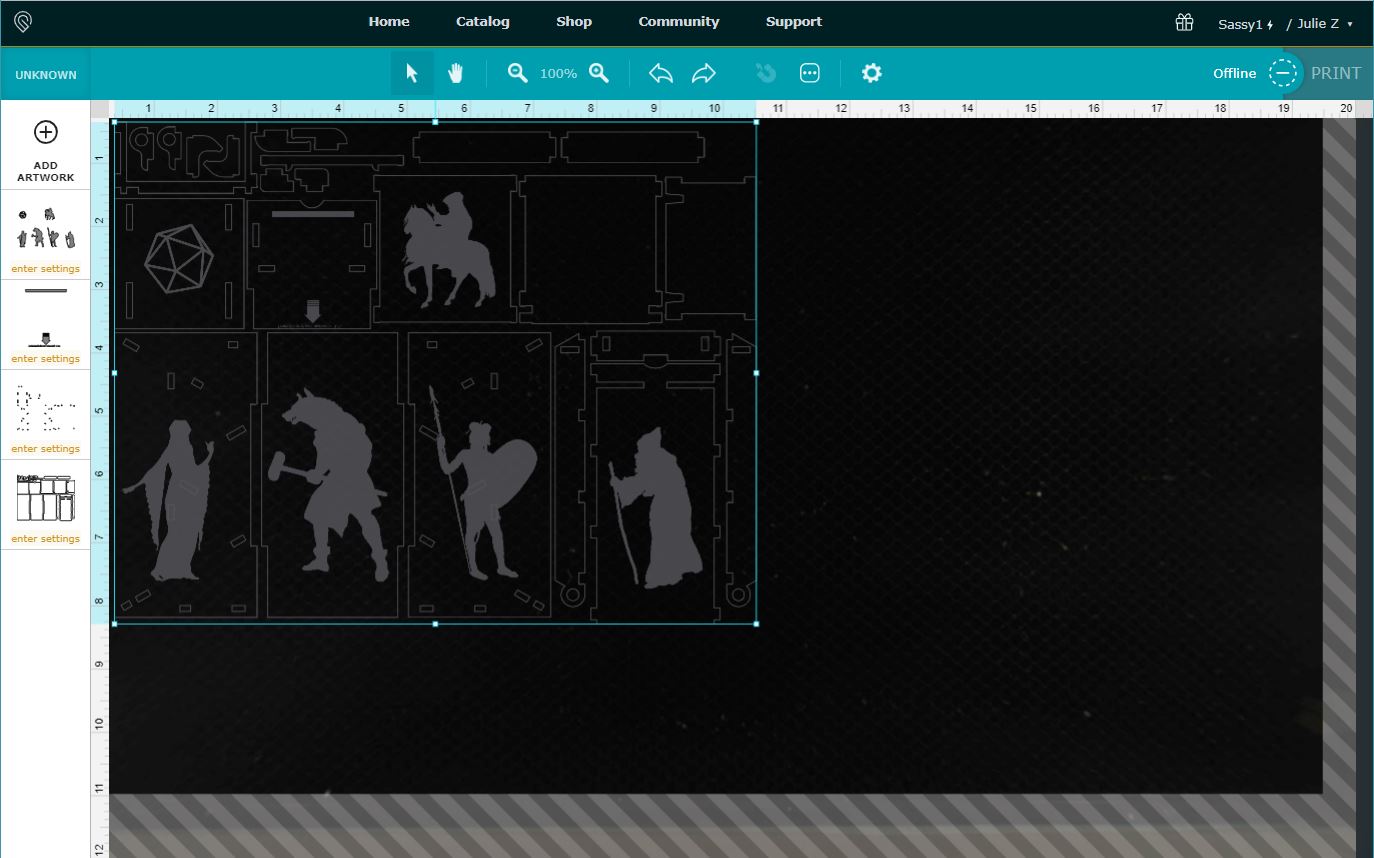 This feels like a thing you do as the creator of a file, not as the opener of a file, right?

Yes, but if you are trying to modify a file that someone else is providing, you don’t always have that option. It just helps to understand what’s going on, and the next time you can adjust for it.

More explanation of the phenomenon below if you want to read it:

I’m not sure what your solution is going to be, but I think I can explain the problem… Shapes in SVG are usually specified using unit-less coordinates. As has been mention already, different programs use different default sizes for these coordinates such as 1/72, 1/90, and 1/92 inch. In order to set an actual size based on real-world units SVG uses a combination of the viewBox, width, and height attributes you’ll usually see near the top of the file. The viewBox specifies four numbers which d…

I did find a possible clue when I tried to open the Fusion Hole.svg file in my version of Inkscape (v0.92.1 r15371). I got this message when the file opened: : [image] If you ignore the message, the file opens with an incorrectly sized result: [Fusion%20Hole%20Test%20-%20Ignore] But if you choose either Set Viewbox, or Scale Elements in the popup when you open the SVG file, the sizing displays correctly in the Inkscape display: [Fusion%20-Set%20Viewbox%20on%20opening] And the results of …

You have something very wonky going on with the units in your SVG file. It’s simply a corrupted file. Any time I try to change the display units, it keeps reverting back to pixels. Normally in Inkscape, say if you set display units to inches, you will see the numbers in the SCALE box automatically update to 25.400 because by default Inkscape likes to work in mm. This file however does not update the scale like that, and changing the units from pixels is futile. The changes just won’t stick like…

I will read those links, thanks. I guess Im just confused, as someone who opens someone else’s design, it may not be immediately obvious if it shrank it or not, and so to do a X1.333333 to the size could oversize it if it was an inkscape svg to start with. Hopefully the links will help me figure out how to know, without wasting a sheet of draftboard to check each time, lol

Thanks for the help!

You got it. Best thing to do is ask the designer if you can. But yeah, knowing the potential is out there is half the battle. Most people use Inkscape and Illustrator. A few are picking up AD now.

For the record, I’m still getting “This SVG is Invalid” in Illustrator CC 2019. (Cc: @dan )
And @Houdini7’s Affinity export has the walls at 8 inches tall when I open it in AI.

Does anyone have an assembled picture of this tower? I just cut one out and other than the obvious side pieces (sorceress lady, wolf barbarian guy and amazon?) I’m not sure where these are supposed to fit. Certainly a bit of trial and error but I was never good at this part so any guidance would be awesome

Thank you for the file as well!

erm… Dan included it in his original post here?

Thanks! Can’t believe I didn’t see that part, I didn’t notice the links to other forum posts in the thread.

The serrated tabs work like a charm!! No glue needed

Is there a tutorial somewhere on how to create the serrated tabs for new designs?

I haven’t written one - it’s just a shape I created with some trial and error.

I’ll reverse engineer it and do some “playing” myself then

Thanks for the idea … I will be avoiding glue as much as possible in the future for sure. Not only do you not have to wait for the glue to dry, tapping with the hammer and watching it come together so fast is so satisfying.

The serrated tabs work like a charm!! No glue needed

I agree that the serrated tabs hold together great, but it was not easy assembling this thing! A tip for others who don’t want to waste as much draftboard as I did - I broke two pieces trying to tap them into the sides. They were, unsurprisingly, the U-shaped support for the basement door and the funnel with the deep divots in it, both of which are difficult to tap into place without stressing the piece too much. I went back to the piece of draftboard that I had cut them out of, and cut out the “mating” pieces for the divots and the notches in the support. I also cut a 2.5"x1.25" rectangle to support the inside of the U-shaped piece. I used masking tape to secure the mating pieces back in, and left them there while I tapped everything into place. Then I could remove them and it all stays together.

I’m hosting a virtual board game night tomorrow, and this should make it so I can keep all dice rolls in view of the camera. And I didn’t have to risk a run to the game store! (Which is closed anyway for the pandemic.) Thanks so much for this great design!

Thanks so much @Dan and @jeffbowman for sharing this great design! I made myself a Cthulhu-themed one today for use at tonight’s (virtual) game night, and it went beautifully…and I already have several other players wanting their own!

My virtual game night went really well! The only game with dice that we ended up playing was Can’t Stop, but that one gave my tower a workout with me rolling dice for everyone.

The only problem with the gathering was that since I was running games all afternoon and evening, it’s after 10:00 and I haven’t eaten anything except two chocolate chip cookies that my son baked. Time to go have a late dinner.

The serrated tabs are awesome. I think they should become a new standard. I think I may know what may be causing the scaling problem.

Apparently, when Illustrator saves SVGs, it saves the width and height info in a proprietary way that other apps can’t read. Since it’s an SVG (scalable vector), there’s no way for applications like Inkscape to know how big it should be, so it uses the DPI (usually set at 90) to try and figure that out. Btw, other apps save the width and height as part of the metadata. This means if you create something in Inkscape, it should open fine in Illustrator, it just doesn’t work the other way around.

The good news here is, if you ever open an SVG that’s from illustrator in another app, you can usually increase the size to 133.33% and it’ll be perfect. Also, it’s important when buying an SVG from another person to make sure they give you the dimensions so that you’re not left guessing. In this case, @dan told us it was 6" x 3".