I’m wanting to start making puzzles like what I have shown and I believe they’re referred to as “Fractal Puzzles.” I really just don’t know where to begin when it comes to designing it in inkscape. I know I will be doing a 2 layer job so it has the boarder that mounts / glues to the bottom, but I’m lost when it comes to how to make the pieces. Any and all advice welcome! Thanks! 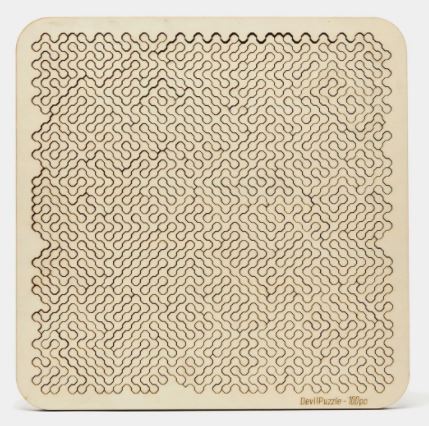 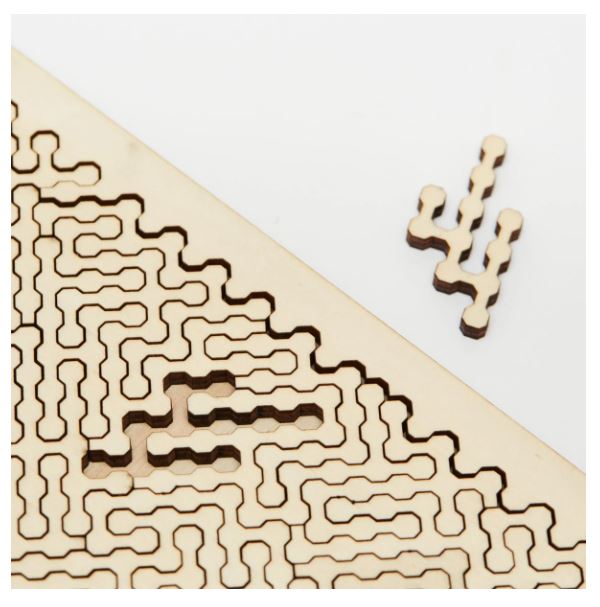 Laser Fractal Puzzle Everything Else

The bottom piece is just the rounded-rectangle of the top piece.

In Inkscape make the outside, the rounded rectangle in your top photo, a different color than the pieces. When you go to cut the top piece, cut and engrave everything. For your bottom piece ignore everything but the outside rectangle.

If anyone ever gives me one of these, I think I won’t speak to them again. On the other hand, I know what to give naughty list kids (I mean people) now.

I’m asking for tips on how to make the puzzles themselves such as how to design the shapes etc.

They are generally created using mathematical algorithms. Study the theory behind them, then write the code. Python is probably the easiest route…

Fractal "Puzzle" (and other stuff) generator Everything Else

I found a site that has a large number of math generators that can be used to create fractal-type puzzles. (apologies if it’s already listed here. I searched and didn’t find a mention). I know that there is an Inkscape L-system generator that does much the same thing, but these seem a little easier to me and there are MANY other functions to explore. There are MANY math generators. I don’t even begin to understand them, but several would seem to have direct GF possibilities. You’ll have to e… 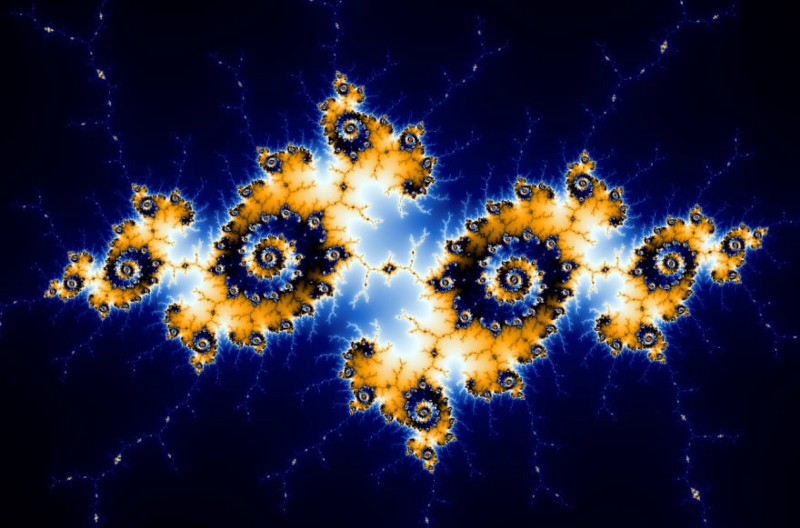 An introduction to Generative Art: what it is, and how you make it

by Ali Spittel An introduction to Generative Art: what it is, and how you make it Mandelbrot’s Fractal is derived from a deceptively simple equationGenerative art can be an intimidating topic — it seems like there is a lot of math involved, and art...

Maybe these links can help you.

Although I agree it might be easier to make with an algorithm, you could make it by hand.

Looking at the puzzle itself, it appears that it’s just this shape repeated over and over: 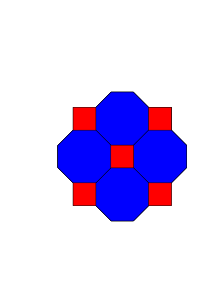 Which is just 4 octagons with 5 squares. Note that I made the red squares overlap the octagons a bit.

You can then tile them or copy and paste them to make a pattern like this: 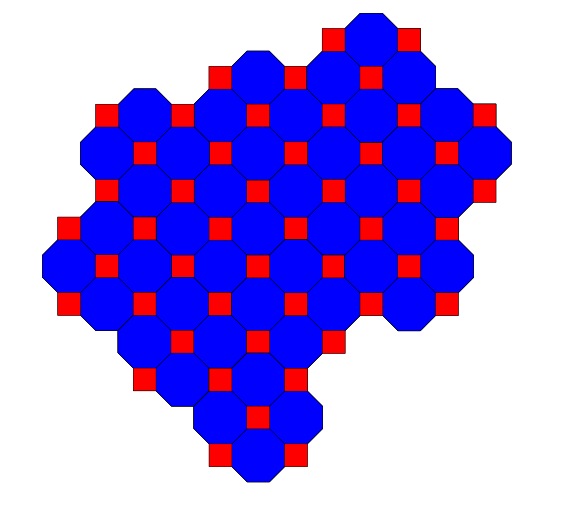 Once you have that, you can select individual octagons and squares that are connected, and do “path->Union” to unify them. Once you’ve done that enough times, you end up with something like this: 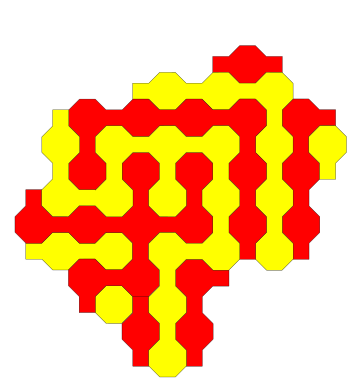 Now repeat this 100 times, and you have a puzzle.

Here is the SVG I used to make this example. I did not use clones, but rather duplicated and moved the original shape. So there are a few of them that are not exactly aligned.

If I was to do this for real, I would probably use the Edit -> Clone -> Create Tiled Clones option to make sure everything was properly aligned (and then make sure to unlink clones before you try and Union them).

Awesome! This is what I was looking for. Thank you!

If anyone ever gives me one of these, I think I won’t speak to them again.

@m_raynsford is the king of these

He gifted a couple of his designs to the Free Designs section. He also did a Kickstarter last year that made great Christmas presents for the kids

He just finished one this year in a different vein but will be driving my son & his g/f nuts when they get theirs.

He just finished one this year in a different vein

Do you have a link? His website is shut down.

Do you have a link?

This is his latest Kickstarter. I received mine on Monday (after being shipped on Friday from the UK!). He was building them while he waited on Kickstarter to process the funding, etc. Didn’t wait for them to send him the money so when they did, he already had several dozen already completed and ready to ship. 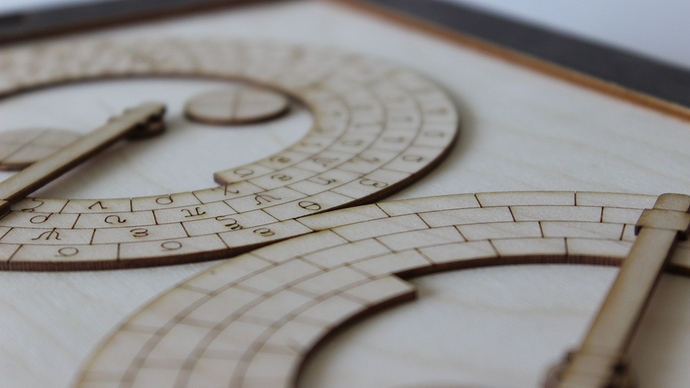 I’m sure my mom will appreciate it.

She likes puzzles, but usually the traditional jigsaw kind. Neither she nor my dad can claim no relation though. Tastes are too close to home for them to deny too much.

Waiting on mine to come in.