Got my GF. Printed the following in this order: paper, tortilla, banana. Because, well, why not a banana?! I’m gonna have waaaay too much fun with this thing. 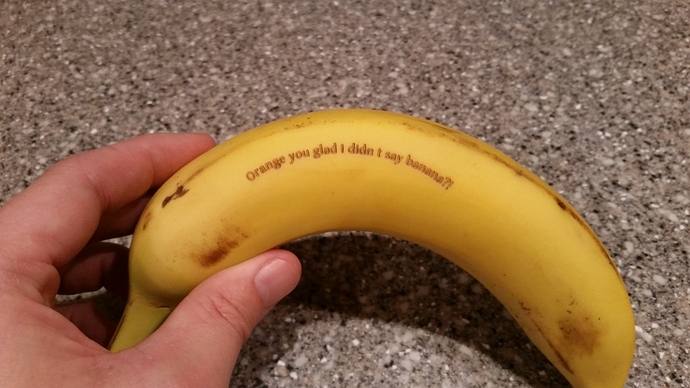 Fizz. Buzz. Have a Banana! 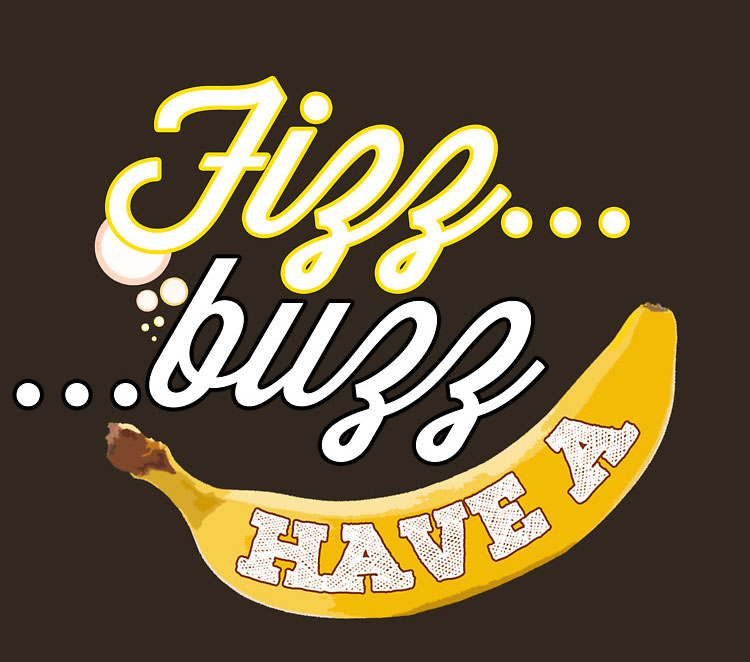 I have no way of determining scale from this picture.

I have no way of determining scale from this picture.

If only they had included a banana with a founders ruler on it.

I’m curious what lasered tortillas and bananas smell like. I’ve been stick gluing cardstock and it gives off a fishy smell when cut with the laser, but only for the first hour or so. Very punny. I’m seriously hoping that you told the knock-knock joke that accompanies this and then handed this banana to someone!

If only they had included a banana with a founders ruler on it.

They could have made it into a protractor

Smelled like cooking tortillas and a banana! Not unpleasant, really. I found that cutting cardstock (the kind I’ve got anyway) smells like toasted marshmallows. As far as a smooth move knock knock delivery- it was 1am so no one around to share in my glee. This morning the area that I had burned had oxidized and turned black… which was actually pretty cool! It sunk down deeper into the peel. Next time I’m gonna go for a really big font… something like PEEL HERE —>

Love it! I actually wanted to try printing on thin things like this myself such as paper, and fruit, i am curious can you provide the settings you used for each. Also i continued to hear that in order to print food in the glowforge for it to be edible it is recommended that a separate glowforge is used, just wondering how true this is?

I think I ended up going with 500 speed 50 power. Tough to go wrong, really. If it’s too light the first time, just leave it right where it is and crank up the juice (so to speak) and zap it again. I can’t think of any reason why a banana or orange wouldn’t be edible no matter what had been in there before, especially when you have to use a custom tray to make the print (in my case it was a 1/4" book.)

Pretty sure it’s a just-in-case warning from their FNLs. Can’t be any worse than the inside of the microwaves at work.

Btw, nuking leftover fish should be a firing offense, ymmv.

haha true, because i even asked about buying a separate crumb tray but i was advised in an entire machine dedicated toward food only. Maybe due to fumes, residue and if there is any dust?

Pretty sure it’s a just-in-case warning from their FNLs. Can’t be any worse than the inside of the microwaves at work.

Btw, nuking leftover fish should be a firing offense, ymmv.

Indeed. I don’t have plans to go commercial with my food creations or anything… yet, but I figured while I still had a virgin machine, why not? I have a hard time believing it would be any worse than the pesticide, rat filled boat, carbon monoxide/freeway road dust ride, calcium carbide/ammonia/sulphur dioxide/benonomyl soaked journey my banana traveled en route to my house.

Anyone want a banana?

Maybe due to fumes, residue and if there is any dust?

But can I compost it for my garden without my kids growing a third eye? That. Is the question.

I’m told citrus doesn’t compost that well. But the bigger question is why do you keep you’re kids in the compost pile?

To keep them warm of course

And banana peels are great for rosebushes. You just drape them on the branches and they take off.

and they take off

You mean like fly away? Wow. I will have to try that! New style of drone for Christmas gifts!

(makes as much sense as draping banana peels on your rosebushes)