Has anyone made a Fusion 360 model of a Glowforge that they would be willing to share?

Oh, like for a little Christmas tree ornament or something?

(Cool idea for announcing a gift.)

That would be cool too… but I’m really talking about a model representing the GF so that if I’m designing say a table for it, then I can see how it will look on that table.

I lack the rendering skills that others have displayed in 360 or i would probably take a poke at it just for kicks.

Probably will still take a poke at it later this week, but right now, I have to prep some shotgun shell thermoses for a shoot this weekend…today, I have to be the “Art Department”. Chuckle!

I started too last year. But I lack the proper dimensions to finish it. I was hoping the GF themselves would release a CAD model of the exterior.

@dan, At some point will you guys provide a STEP/IGS of the exterior of the GF? It would help me with some future planning. i.e. for one the exact location of the exhaust port and were the ‘feet’ are on the bottom on the unit. 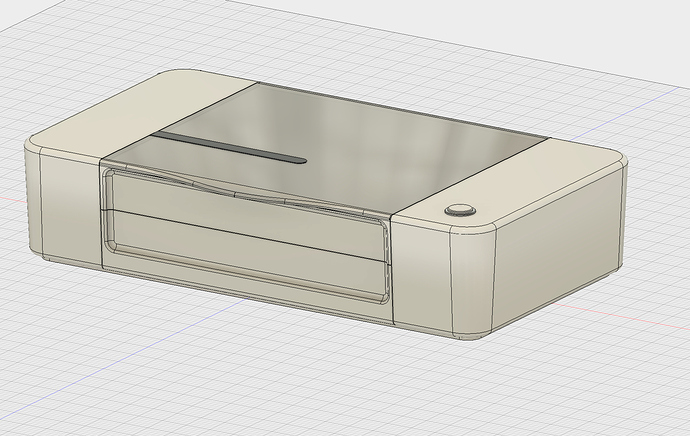 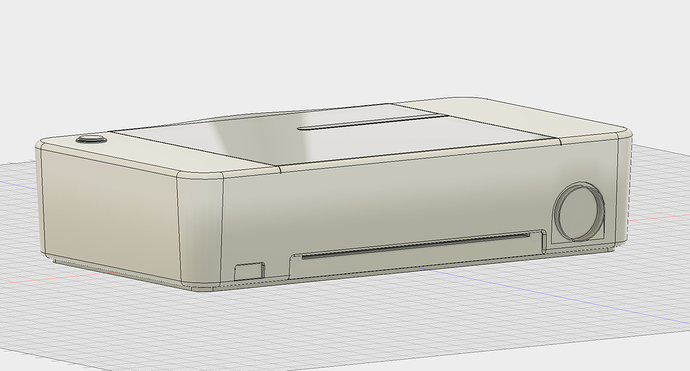 I got pictures of the bottom of the unit (as well as I could) at the Bay Area maker faire. I didn’t think to put anything in frame as a reference for measurements, but you could at least get the general shape added.

I would LOVE to see a photo of the underside…showing the feet and their correlation to the body. My space for the Glowforge is big enough, but still a bit tight. I’d like to see how much leeway I really have.

From what I could discern from the pics and video there are at least two continuous ridges that run the length from one side to the other, and looked to be recessed around 1 - 1 1/2 inches from the front and back.

I posed this question in mid October, last year:

I can guesstimate that it will be fine, but I’d still like to see an actual photo in regard to this specific question. Just add me to the multitudes with similar requests.

While we probably won’t release full physical specs until we start shipping, you’re welcome to take some basic measurement at Maker Faire, and I’ve always tried to spot check a few numbers when people ask.

I will bring a 60 gallon trashcan to do a submersion test and obtain a proper volume measurement.

Don’t forget the weights, the interior is mostly air and will float and throw off your measurements.

No problem, I’ll leave my 3D scanner at home then.