Gantry getting caught on heat sink by wire hanging down, crooked arm result

Just found a problem in our GF. For the past few weeks, we’ve noticed that the arm of our machine was not aligning properly. When we noticed it was crooked, we manually aligned it with a large square, and got it to cut perfectly straight again. But once it was shut down and restarted, it went back to unsquare. The right side of the arm would reset further back than the left. We searched for items stuck in the track, but found nothing. I had read a post about a wire hanging down in the back of the machine, that was keeping the arm from going all the way back, but didn’t realize that the wire was up under the arm itself. Yesterday we found it. Still waiting for GF to respond to the photos on a fix, it’s screwed to the back of the arm by the glass laser tube, appears to be grounded there, and hangs down enough to have looped itself around one of the vertical metal slats in the back, keeping it from fully moving to the back. Now it is pinched into a V, and catches each time. Anyone else find this problem and have a fix for it while we await the GF staff? 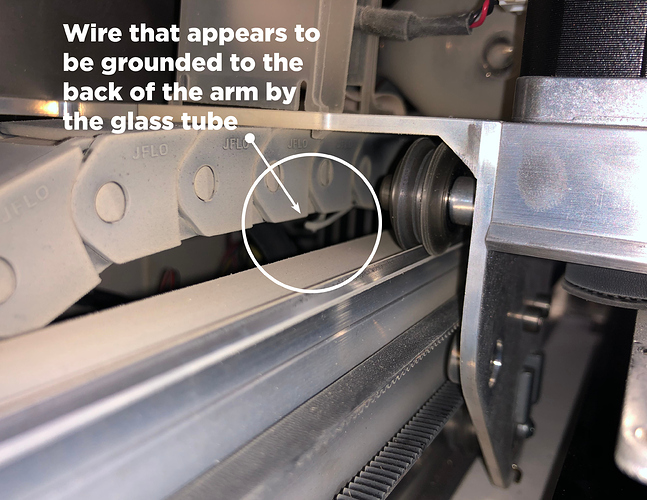 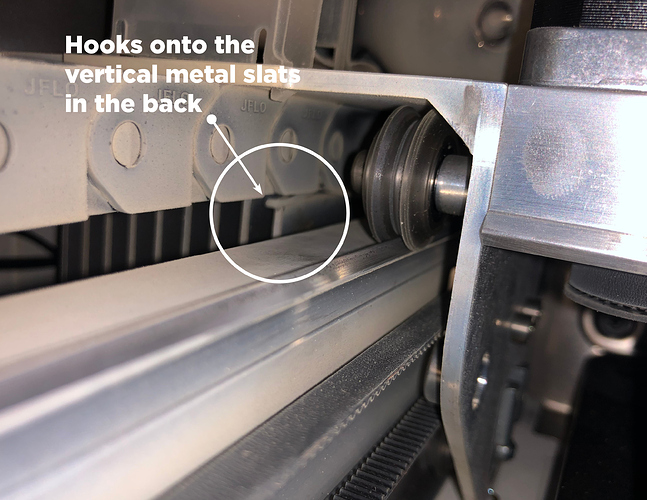 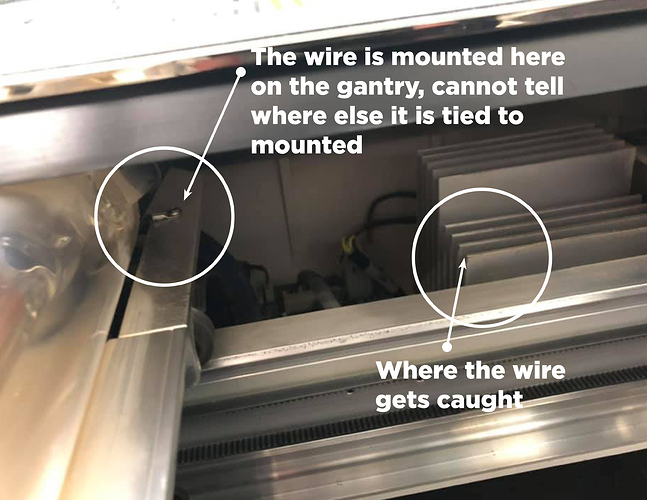 Apologies! I deleted that first post that I left for you after I got downstairs to the computer (as opposed to checking initially on the iPad with the smaller screen). That is not the wire that I was thinking it could be, so I don’t know if you are going to be able to fix it yourself or not.

I’m really sorry, support definitely needs to look at it. You don’t want to use the machine until they get back to you.

I have not seen this before, I am sure support will be needed. But I have to ask what kind of camera are you using to take these photos? I know that’s a weird question but the details in the photos are awesome.