In case anyone else is as OCD as I am, here’s a set of GF MacOS folder icons. I use two computers with GF (one for design, one older hand me down for burn management so that I don’t accidentally close the burn window or have a system crash caused by web or productivity use), and as such have a network shared folder for designs, as well as one for clutter and pre-print design work. Realized some
folks out there might be able to make use of the files for something.

most people capable of running a GF probably know that in most modern MacOS releases you right click and Get Info on an icon to find where to change it. But at some point along the line when they upgraded the icon pixel count it became unclear how to get a png to work since it doesn’t seem to drag and drop properly anymore. I get best results opening the png in Preview and then CMD + A to select all, then copy it to get all 512x512 pixels. Go back to your Get Info query window and click on the existing icon to highlight, then CMD + V paste and Bob should be your uncle. Note that MacOs doesn’t seem to like changing the icon more than once, so if you try this and it fails after your first change, easier to create a new folder and modify it, then swap out contents and rename. Network shared folders tend to fight re-imaging because the system doesn’t seem to know how to have the icon image go between computers or resolve conflicts, so it just ignores you and uses the default, but there are workarounds.

Not sure why you think this is necessary.
Once you have sent a design and hit the start button on the glowforge, nothing you do on your end should matter, including shutting down your browser.
If you try to upload another design it may cause issues, never tried so dunno.
But, as mentioned, once you tap that start button, the glowforge will run the design given regardless of the browser enabled or not.

Anyway, thanks for the GF icon files. Should come in handy for Mac users.

Really nice! I’ve gotten too lazy to customize anything, but I can still admire those who do.

Yeah. I have basically the same setup with an old Mac Mini up in the guest room with the Glowforge and my newer MacBook down in my study, but it’s mostly so I can start projects and work with the Glowforge locally, and still design in my comfortable chair at a computer that doesn’t choke when working on large files. The only problem I’ve run into is sometimes when I don’t go back to the dashboard on one machine and then go to it on the other computer… But never had a problem when burning without the dashboard running. And when you come back, the progress/time remaining reconnects right away.

I suppose it’s like the button on push button start cars - “I don’t think hitting the button to turn off the engine while driving would cause it to suddenly stop and crash, but I superstitiously haven’t been willing to try it for some reason.”

Actually though, there is utility in keeping the same browser window open with respect to maintaining undo levels. Sometimes I delete a part of a design keyed to the same color. Let’s say I have 10 of something small to burn in a file from a full sized material. I have some spare incomplete blanks so only load one that will hold 5 of the item, so I delete 5, hit burn, then hit undo once done to get them back in the file before closing out and losing the undo levels. This is also relevant for when you have a project requiring alignment fine tuning, such that if you had to re-upload the file causing a loss of any changes in the browser window, you’d end up ruining some material blanks (like resizing something etc.). There was a brief period there where snap marks made everything awesome to work with, but then they stopped working and every burn I have needed to do was in enough of a rush not to have time to really sit down and figure out how to get that feature back (or unwilling to emotionally process if it was paywall gated or just plain discontinued).

Having it going on another dedicated machine also lets me switch the mouse away (via BT hardware switch) such that there is no way to accidentally fat finger a click or key press that hits cancel or something when the window’s there. I have the web HUD visible, but not accessible. Also, it’s a 2012 iMac 21," so it needed something to do in retirement besides download and distribute update packages before it moves to a nice farm upstate.

Sometimes I think I’m the only person on here that uses a Mac! nice to know I’m not.

…though I did just get a m1 mini a few weeks ago.

Nice! I’ve had macs/apple products for decades.you name it I probably bought it. Including the original apple hifi 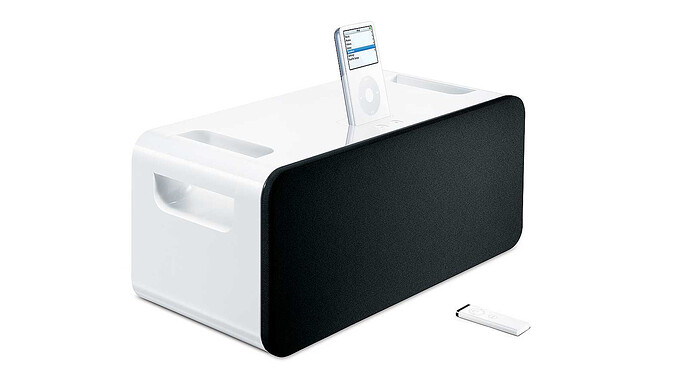 Earlier this week, Apple announced HomePod, a new $350 speaker that’s designed to seamlessly work with all your Apple devices and Apple Music content. But HomePod doesn’t come out until December,...

…though I did just get a m1 mini a few weeks ago.